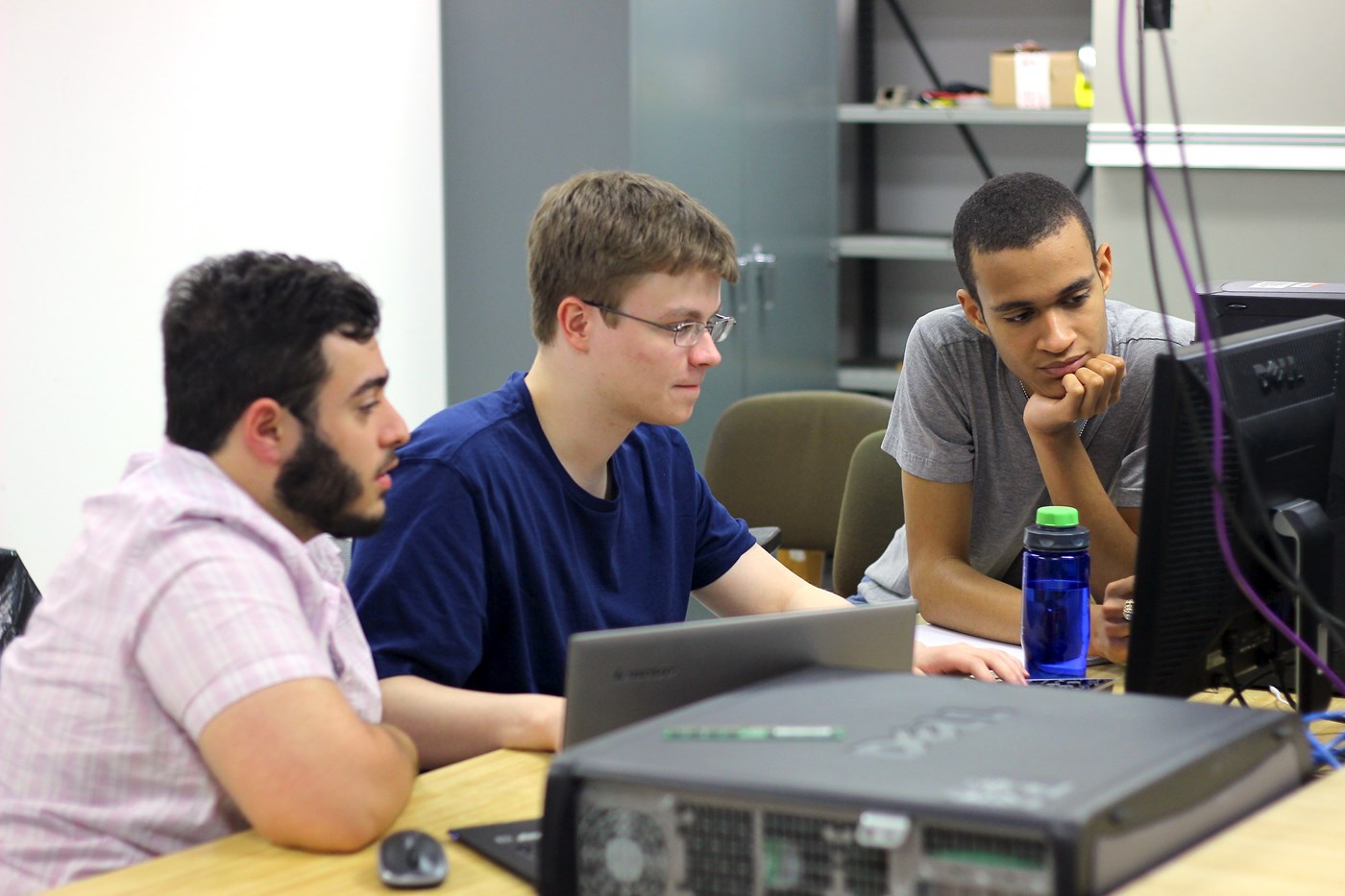 The CDH subsystem controls all subsystems except EPS. The central component of the CDH system is a computer that is programmed to perform attitude control by reading data generated by the ACS subsystem to formulate an attitude solution and send the appropriate command back to the ACS subsystem, use the on-board camera to take images of the Sun to generate data, and use the X-band communication system to determine ground station location and transmit the said data. CDH subsystem is also responsible for reading out various other sensors on the system to generate health and status data, which is also beamed down through the communication system.

The communication subsystem includes two radios – a UHF radio for telemetry and command, and an X-band radio and antenna that comprise the payload. The X-band system is further described in the Payload Subsystem section. The UHF system utilizes an EnduroSat UHF Type II transceiver, and a deployable ‘tape-measure’ antenna. The UHF ground station is located on the UMass Lowell campus, and uses a Yagi antenna for 2-way comms with the spacecraft.

The Power subsystem consists of four solar panels—3U Solar Panels from EnduroSat, a battery pack—NanoPower BP4, and an electrical power supply (EPS)—NanoPower P31u from GOMSpace to generate and supply power to other subsystems within the spacecraft. The 3U Solar Panels have 7 cells each, with 29.5% efficiency, and each panel is capable of generating around 8.5 watts power. The NanoPower BP4 is a Lithium-Ion four cell battery pack with 38.5W-h capacity, and the NanoPower P31u is an EPS used to control the power supplied from the solar panels and the battery to all subsystems. The batteries supply power to the deployment system, ACS, CHD, and communication systems on-board and the solar panels are used to charge the batteries.

Thermal subsystem manages cycling of the on-board electronic components based on the temperature of devices, to ensure no device is overheated. The system uses temperature sensors on all boards, and thermal straps from the boards to a radiator. In addition, the spacecraft is wrapped with Multi-Layered Insulation (MLI.) TBD I do not see any MLI wrapping in the illustration.