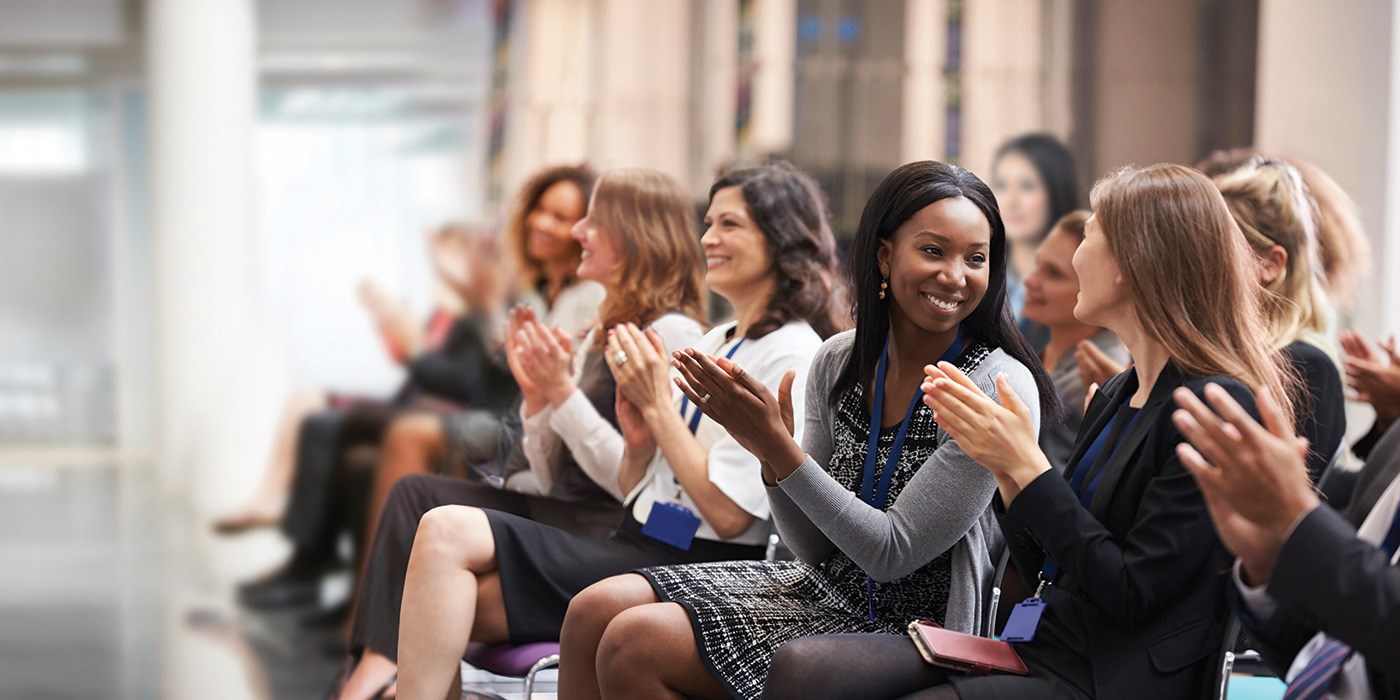 Paula Alexander recently retired from the Eastman Kodak Company as the Human Resource Director of Global Functions. She has 35 years experience in Human Resources which included the positions of HR Director for Kodak Park the largest Kodak manufacturing site where she had HR responsibility for 20,000 employees. She has served on various community committees as well as the Board of Director for J. B. Thomas Hospital, the Center for Addictive Behavior, the Citizen for Adequate Housing, and St. Luke Community Project in Rochester, New York.

She also served as a Quality Leadership Process consultant for Eastman Kodak Company and Quality Consultant for Peabody School Department in Peabody, Massachusetts.

She was awarded the Pastor and Deacon Awards at the St. John's Baptist Church. She received honorable mentioned in the Working Women's Magazine for her parents' workshops at Mary McLeod Bethune Institute in Boston. Paula was awarded the Mary Upton Ferrin Award by the Peabody Chamber of Commerce for the outstanding women of the year. Paula also received the Woman of Courage and Conviction Award from the National Council of Negro Women, the Jane Lamphear Award from Eastman Kodak Corporation, and was a CEO Diversity Award Finalist, Eastman Kodak Company.

Paula holds a BS in Personnel and Industrial Relations, an MA in Community Social Psychology from UMass Lowell, and a Master of Divinity from Colgate Rochester Crozer Divinity School.

Lisa Brothers has over 30 years of experience in the design, construction, and management of roadway, site development, sustainable design, and infrastructure-related projects. As President/CEO, Lisa is responsible for operations and strategic direction of the firm. She also serves and Principal-in-Charge of many of the firms design projects. Lisa uses her strong technical abilities and management and people skills to make vital contributions within Nitsch Engineering, to clients of Nitsch Engineering, and to the operation of the professional engineering societies she helps lead.

A registered professional engineer in Massachusetts, Lisa is involved in a wide range of professional activities. Currently, she serves as Past President of the American Council of Engineering Companies/ Massachusetts (ACEC/MA), as well as on their Government Affairs Committee. She is Past President (2003-2004) and current member of the Advisory Board for the Women's Transportation Seminar-Boston Chapter. Lisa is proud to be an alumna of University of Massachusetts-Lowell (UMass-Lowell): she is a member of the Chancellor's External Advisory Board, past Chair and a member of the College of Engineering/Industrial Advisory Board, and a member of the Center for Women and Work Advisory Board. In 2006, Lisa was co-chair of the Transportation and Construction Committee for the Massachusetts Government Appointments Project (MassGAP). She was an appointed member of the Town of Wilmington Conservation Commission (1995-2005) and was an Overseer for the Boston Architectural College (2005-2008). She is a member of the American Society of Civil Engineers (ASCE) and the Society of Women Engineers (SWE). Lisa holds a BSCE from the University Massachusetts Lowell and an M.B.A from Northeastern University. She is also a 2004 graduate of ACEC National's Senior Executive Institute.

Julie has been on the faculty at Boston University, a NASA-Langley Summer Faculty Fellow, a visiting researcher at the University of Orleans and Ecole Nationale Superieure d'Arts & Metiers (ENSAM-Paris), and an invited participant in the National Academy of Engineering, Frontiers of Engineering Program (US, 2001, US-Germany, 2005, and Indo-US, 2006). In addition to co-organizing several national and international symposia and workshops on composites manufacturing and nanomanufacturing for NSF, ASME, ASC, and ESAFORM, Dr. Chen has also served on editorial boards, advisory committees, and review panels for several journals and federal agencies, including NSF, NIH, the National Academies, ARL, and AFOSR. Julie has over 20 years of experience in the mechanical behavior and deformation of fiber structures, fiber assemblies, and composite materials, with an emphasis on composites processing. Examples include analytical modeling and novel experimental approaches to forming, energy absorption, and failure of textile reinforcements for structural (biomedical to automotive) applications. Recently, Chen's research has also expanded into the area of nanomanufacturing, with a focus in electrospinning and controlled patterning of nanofibers.

Julie received her PhD, MS, and BS in Mechanical Engineering from MIT.

Nina Kimball is a founding partner in Kimball Brousseau LLP, a boutique employment law firm in Boston where she advises individuals, non-profit organizations, and small businesses in all aspects of employment law issues. As a member of the Women’s Bar Association, Nina co-chaired the Pay Equity Task Force of the WBA’s Legislative Policy Committee from 2014 to 2016. In that role, Nina helped to draft the Equal Pay bill, which was passed into law in 2016. This new law amends our state Equal Pay Act and provides important tools to help close the gender pay gap. In December 2016, Nina was appointed to serve a three-year term as a Commissioner on the Massachusetts Commission on the Status of Women, whose mission is to enhance opportunities and equality for women in Massachusetts. Nina was elected Chair of the Commission effective July 1, 2018.

Nina’s practice and professional services address many issues that affect women in the workplace. Her practice includes advising women negotiating job offers how to negotiate compensation packages; advising employers and employees about family and medical leave issues; and taking on pregnancy discrimination, wage discrimination and glass ceiling issues, to name a few. Nina received her B.A. from Yale College and her J.D. from George Washington University, where she was Editor in Chief of The George Washington Law Review. She clerked for Chief Judge Spottswood W. Robinson III of the United States Court of Appeals for the District of Columbia Circuit, who in private practice had been an attorney for the NAACP fighting racial discrimination and argued one of the Brown v. Board of Education school desegregation cases.

Evelyn Murphy, Ph.D. is the Founder and President of the WAGE Project, Inc., a national organization to end wage discrimination against working women, and Resident Scholar on Leave in the Women's Studies Research Center at Brandeis University, where she researched and authored a book on women's wages entitled, "Getting Even: Why Women Don't Get Paid Like Men and What To Do About It," published by Simon & Schuster in 2005. Today, women in dozens of communities and major metropolitan areas have started their own initiatives to gain equitable treatment at work through grassroots action - a direct outgrowth of the book and her work to empower women to get paid fairly.

Evelyn is Vice Chair of the Board of Directors of SBLI USA Mutual Life Insurance Company and a Director of Citizens Energy Corporation. In her civic role, she serves as a founding Director of The Commonwealth Institute, a Trustee of Regis College, Honorary Chair of the Lost Coin Women's Fund, Inc., a Director of The Polaris Project, and on the Advisory Board of Rosie's Place, a shelter for homeless women in Boston.

Evelyn is also a member of the International Women's Forum and the Boston Club; for the last eight years, she has co-chaired the annual fundraiser for Rosie's Place. She is the recipient of eleven honorary degrees and over one hundred national, state, and local awards. In her spare time, she has run the Boston Marathon many times and can be seen in the bleachers of Fenway Park, cheering for the Boston Red Sox.

Luisa Paiewonsky joined the U.S. Department of Transportation’s Volpe National Transportation System’s Center in 2011, and currently manages Volpe’s support to FHWA on the Strategic Highway Research Program. She also works with the FHWA’s Office of Operations on the national Traffic Incident Management Program as well as the Office of Safety on safety data issues.

She is Past President of the Boston Chapter of the Women’s Transportation Seminar and has been active in the Massachusetts Governor’s Appointments Project, or MassGAP. She holds a Master’s Degree in City Planning from Boston University and a Bachelor’s degree in Political Science and Spanish from Mount Holyoke College, South Hadley, MA. She is a former Peace Corps volunteer, having served for three years as a teacher in the Commonwealth of Dominica, West Indies.

An economist, her recent work focuses on the gendered effects of the two main yet differing approaches to economic and social development during the past several decades. The predominant approach was more market and large institution centered while the other was more focused on human rights and sustainable human development. The result of the main approach was rising inequality, economic crisis, and unrest - with increased risks for women. She surveyed the responses of key international institutions as they increasingly recognized that inequality and gender gaps involved high human costs, increased instability, and undermined competitiveness.

She has also addressed the increased migration of Asian women resulting from globalization. Their governments have been involved in difficult policy dilemmas. One the one hand, governments seek viable employment for their citizens, often promoting emigration that puts many women in risky situations. On the other hand, they are ethically pressed to ensure the well-being of their citizens abroad. These dilemmas have been augmented by recent adverse global economic trends.

Previous research examined how processes of globalization contributed to gendered types of work (sex work, domestic service, and production in subcontracting networks) that span the globe and increasingly involved the migration or trafficking of women.

Geetha is an economist at the US Treasury.  Geetha has worked on developing more resilient public policies for economic development for over 20 years across government and international organizations. At the U.S. Department of Treasury, she has held various roles with the Office of International Affairs, most recently on evaluating economic development proposals from the Multilateral Development Banks targeting developing countries in Asia and Africa.

Her work on gender issues has evolved around evaluating gender impacts of economic interventions and mitigation of adverse impacts and advocating for more gender disaggregated data as part of greater financial inclusion. Prior to entering public service, Geetha led field research on community development interventions on women’s access to financial services, first in Indonesia, examining motivations to access savings accounts, and later in India, analyzing linkages between rural women’s access to financial services and their economic and social empowerment. Geetha also worked at the World Bank on designing stronger social safety nets and in evaluating private sector engagement in public infrastructure financing in emerging markets.

Geetha holds a MA in International Studies and Southeast Asian Studies from Johns Hopkins University’s School for Advanced International Studies (SAIS) and a BA in Economics, Business, and French from the University of Pittsburgh. In her spare time, she does pro-bono work for Boston-area development organizations and social impact groups, including Oxfam and Entrepreneurship for All. She also serves on various local school committees with a focus on environmental conservation and diversity.