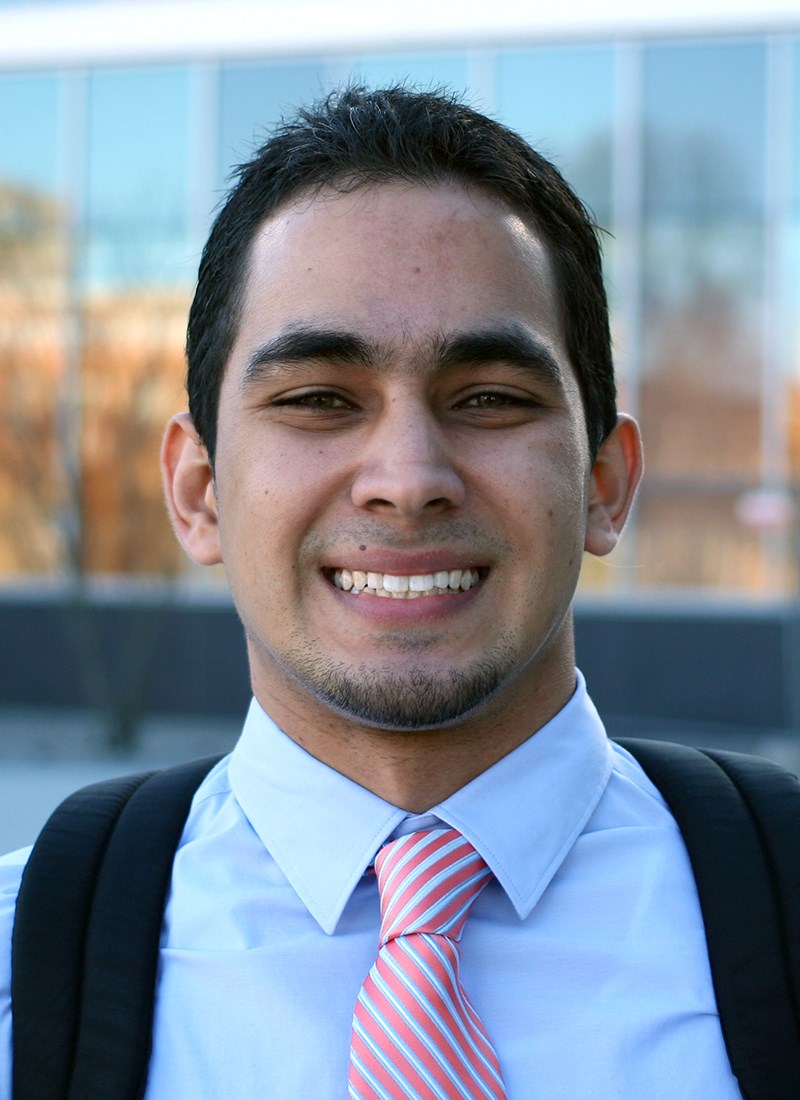 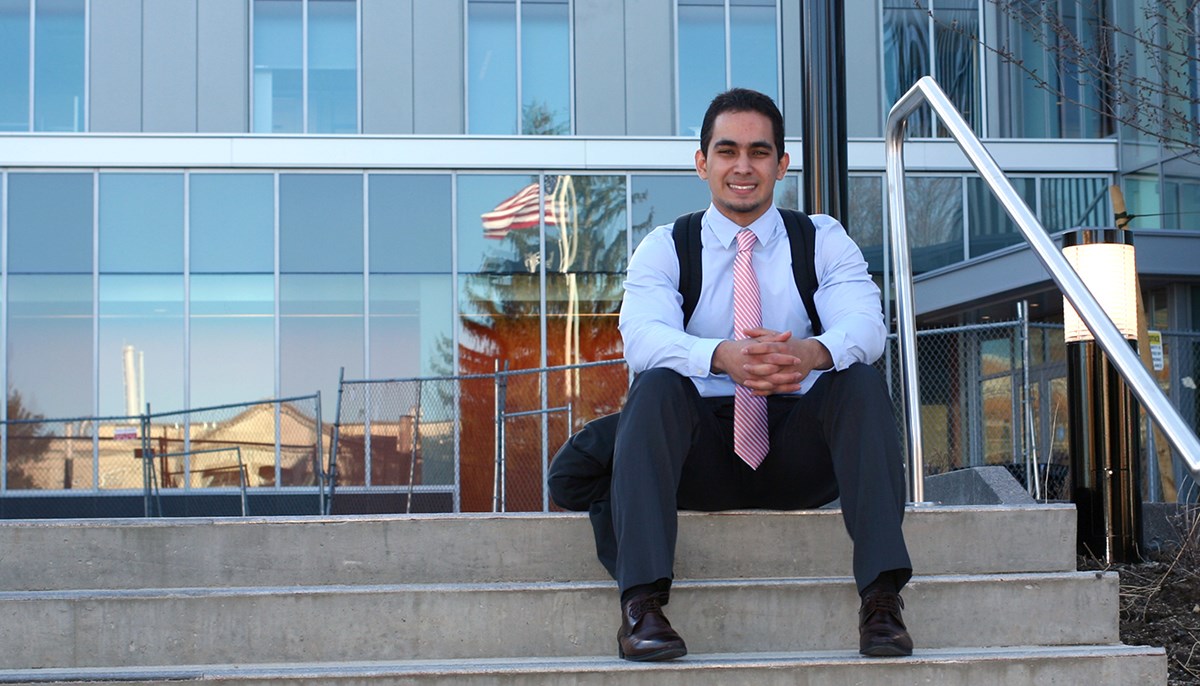 Yefry Matos knew it was his one and only chance to speak with billionaire investor Warren Buffett, and the senior business major didn’t want to miss his opportunity.

Matos, one of 18 Manning School of Business students invited to attend to a special lunchtime lecture Buffett hosted in Omaha, Neb., approached the “Oracle of Omaha” after a group photo and slowly extended a handshake. And then he talked a little baseball.

“I knew he was a big St. Louis Cardinals fan, and I asked him if his favorite player was Stan Musial,” says Matos, a native of the Dominican Republic and a big baseball fan himself. “He was kind of surprised by my question, but at the same time he was impressed and happy that I’d brought up one of his childhood heroes. He became very engaged and even told me the exact date of Musial’s debut, and that he was then an 11-year-old listening to the game with his family. I will always be grateful that he embraced my questions with so much passion.”

That moment in Omaha is just one of the memories Matos will take with him when he graduates with a concentration in finance in May - a momentous step in an improbable journey that is continuing with a job at JPMorgan Chase & Co. in Wilmington, Del.

“I am a living example that the American dream is alive and well,” says Matos, who came to the United States when he was 18 to receive medical treatment on a small tumor in his right ear. After surgery in Alabama, Matos moved to Florida for six months before joining family in the Boston area. Matos settled in Lynn, got a job as a janitor and eventually enrolled in North Shore Community College in 2012.

“I wasn’t really focused in the beginning,” admits Matos, who became determined to enroll in college to inspire his younger brother and sister back in the Dominican. “I did it because of them, to provide that example. Things are going to be tough, but that’s OK. You’ve got to work through them, stay focused, and hopefully life will take you to the right place if you keep persevering.”

After earning his associate’s degree in business administration, Matos attended business school at Boston University for one year before transferring to the more budget-friendly Manning School. Matos landed a retail banking summer internship at Eastern Bank through the university’s Professional Co-op Program, joined the Association of Latino Professionals for America (ALPFA) and the Finance Society and became an equity analyst for the Student Managed Fund.

“I was sort of shy at the beginning because of the language barrier and my deep accent, but my junior year, I realized I needed to get out of my comfort zone and be the best that I can be,” says Matos, who commutes from Lynn. “I think the school provides ample opportunities for students to develop themselves and to belong to something greater.”

Matos will be working in banking analytics and strategy at JPMorgan Chase & Co., where he interned last summer through the company’s diversity initiative Chase Launching Leaders.

“It gives me so much peace of mind to have a job lined up so I can just finish my senior year strong,” says Matos, who won’t soon forget Buffett’s inspirational words about the importance of immigrants in America. “He reminded us to stay positive. Markets go up and down, but at the end of the day when you invest, you invest in America. It’s the best place on earth, in my opinion.”