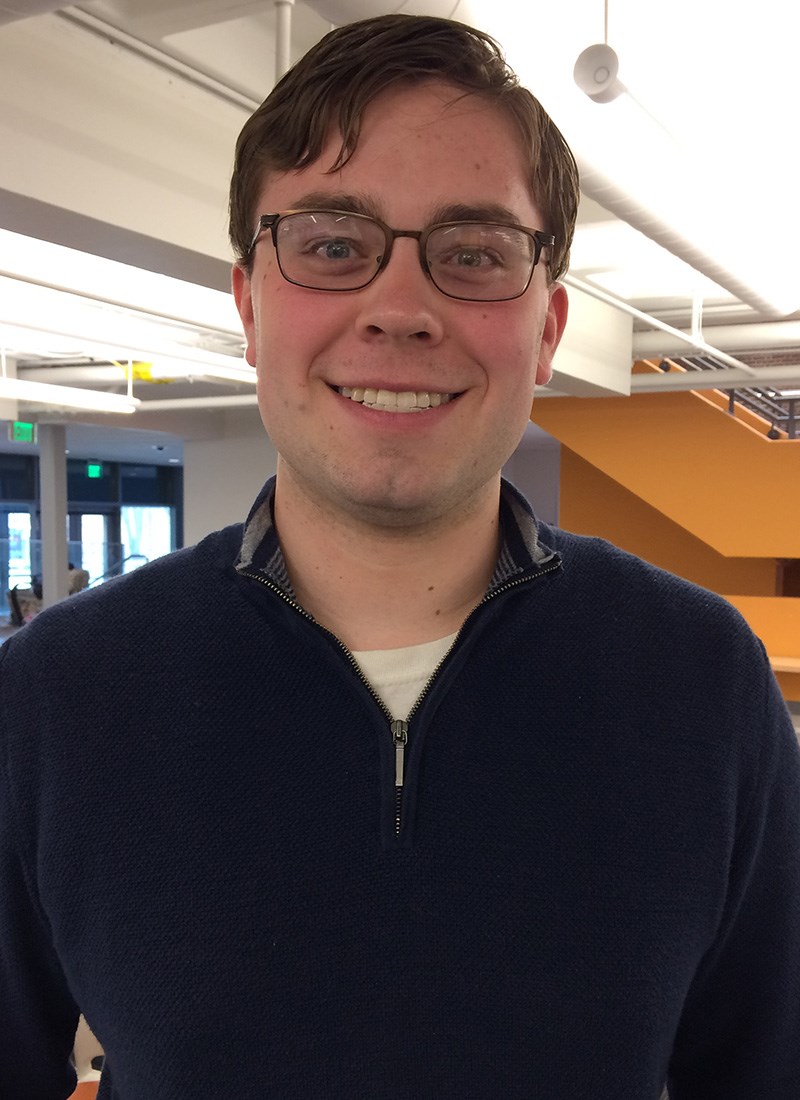 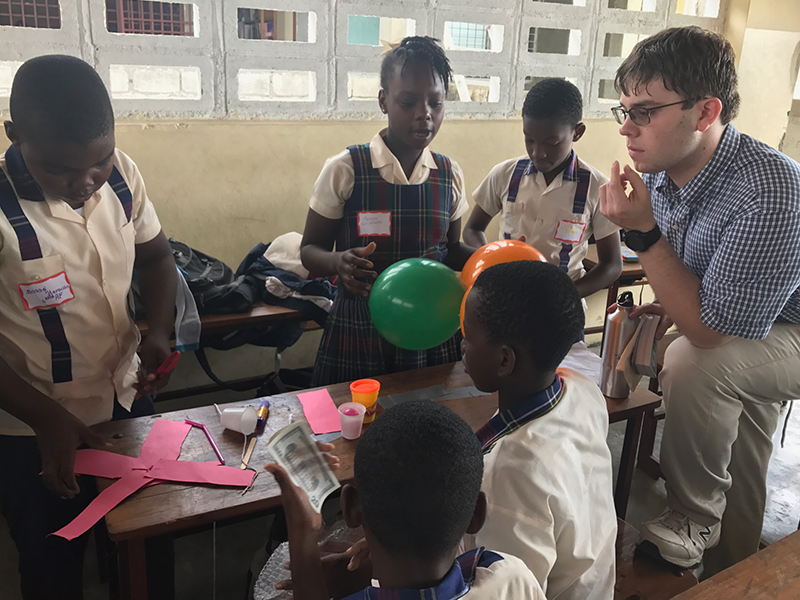 Honors math major Thomas Heywosz came to UMass Lowell in part because he won a co-op scholarship to do research with a faculty member, in part for the Honors College, and in part for the UTeach program, an education minor for students majoring in science, technology, engineering or math.

“I knew UMass Lowell really wanted me and it had everything I wanted,” he says.

That also included a math concentration in statistics and probability, which he wanted to pursue. So he applied for a research co-op with math lecturer Dimitris Christodoulou and physics lecturer Silas Laycock on statistical analysis of x-ray pulsars in Magellanic clouds.

Since then, Heywosz has gone to Haiti twice with the “Astronomy Roadshow.” He loves teaching the students at Ste. Marie des Anges school, even though he doesn’t speak Haitian Creole or French. (Student research assistants at the university’s Haiti Development Studies Center translate for him and other visiting students and faculty).

“The students in Haiti are dealing with things like electric power blackouts, no internet service, lack of clean drinking water and damage from earthquakes and hurricanes,” Heywosz says. “Their experience would seem insane to most Americans, but they’re still enjoying going to school and having fun. At the end of the day, they’re still students, and they really do appreciate learning.”

Heywosz kept working with Laycock during his junior year. For his Honors College capstone project, he developed new lessons for the students in Haiti, along with a workshop in inquiry-based teaching methods for their teachers at Ste. Marie des Anges.

He also adapted the lessons for use in Massachusetts schools — ensuring they met state curriculum standards — and applied for and won a Chancellor’s 2020 grant to pay for the materials that students in Haiti and Massachusetts used to design and build simple bottle rockets, Mars landers and crystal radios.

He’s done other service-learning internships, too, as part of the UTeach program. He runs math clubs for first-, third- and fourth-graders at the Joseph A. McAvinnue Elementary School in Lowell, using games and project-based instruction.

Heywosz knows how to make education fun — even if that means putting on a wig and acting in a skit with a fellow teaching assistant.

“One of the challenges with high school juniors and seniors is making sure they’re awake, and they’re definitely awake when you’re standing up there with your partner, wearing a wig and acting silly,” he says.

As a senior, Heywosz will do his teaching practicum at a nearby school and get started on graduate classes for a master’s in mathematics through the five-year bachelor’s-to-master’s program. In the meantime, he plans to keep working on the "Astronomy Roadshow" and hopes to help Laycock expand it by bringing in more UTeach students.

“We want to get more people involved,” he says.