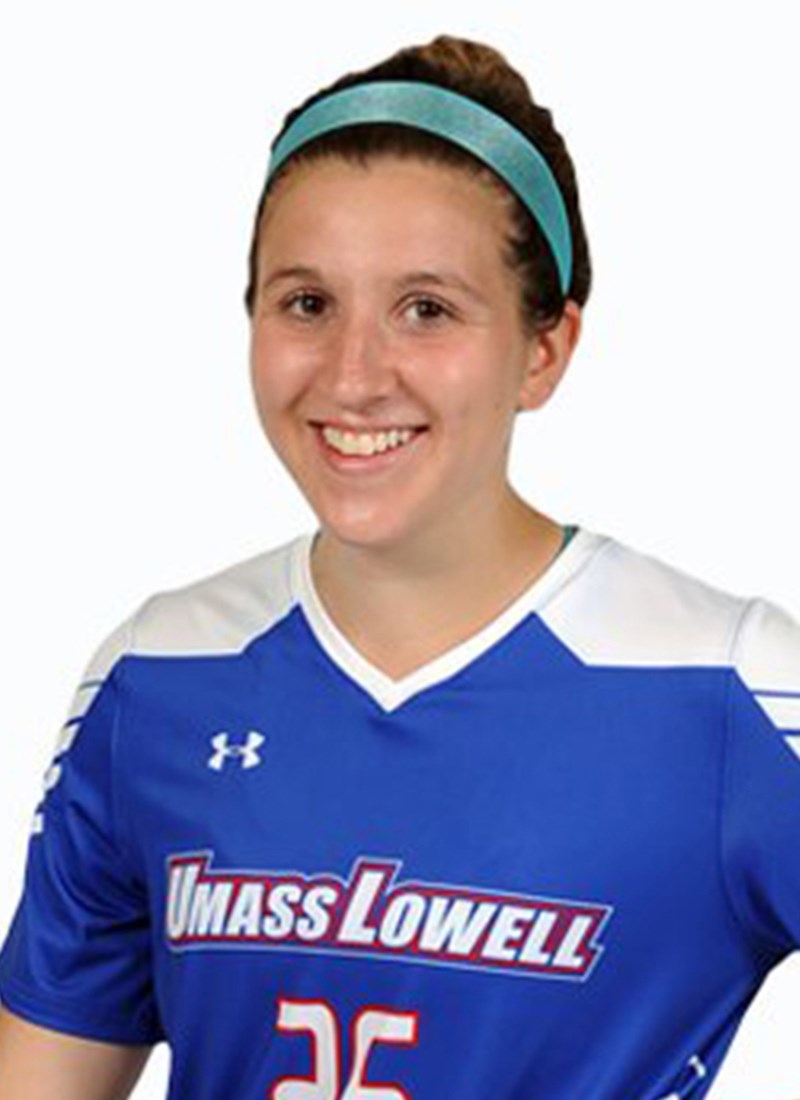 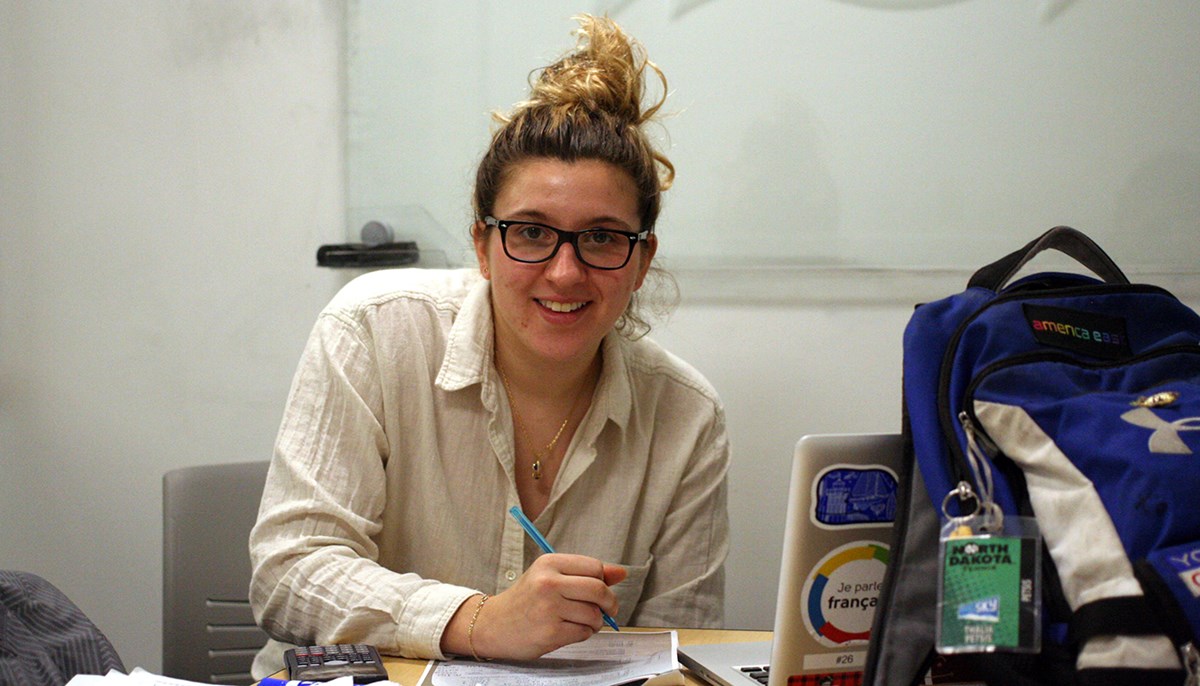 Thalia Petsis’ mother worries about her. “I love to do as much as I possibly can,” says Petsis, a junior business major and midfielder on the women’s soccer team who seems to be a magnet for extracurricular leadership roles and responsibilities. “But my mom has told me to slow down and relax.”

A native of Toronto, Petsis transferred to UMass Lowell after her freshman year at the University of North Dakota. “Transitioning through high school and coming here to the university, you’re always starting at the bottom and proving yourself, showing what you’re capable of,” Petsis says. “You’re always taking steps — being happy but not satisfied, trying to get to the next level.”

Petsis jumped into life on campus by joining the Student-Athlete Advisory Committee, which serves as the collective voice for all of the university’s Division I student-athletes. She soon became SAAC president. That work led to her involvement with Team IMPACT, a national organization that pairs children facing life-threatening and chronic illnesses with college athletics teams. Petsis was asked to become UMass Lowell’s first On-Campus Ambassador to help formalize the program, and now the River Hawks are among the national leaders in terms of matches.

“It’s a really big thing that our campus does and I was excited to take it on,” says Petsis, who served as the UML chapter president as a junior. “It creates a nice sense of pride for our school.”

With the athletics program moving up to Division I, Petsis was also one of three student-athletes appointed by Chancellor Jacquie Moloney to the Intercollegiate Athletics Council, a group of faculty, administrators and student leaders charged with helping to ensure a smooth and successful transition.

Petsis says one of the high points of her time at UMass Lowell was being chosen to represent the America East Conference at the NCAA Student-Athlete Leadership Forum in Baltimore. One male and one female student-athlete from each Division I, II and III conference in the country attended the three-day forum to learn about NCAA governance and how to improve the work of their schools’ SAAC chapters.

“It was the best experience ever,” Petsis says. “It was cool to see a bunch of athletes, all considered leaders, working together and discussing their different struggles on campus. As an athlete and as a student, it was amazing.”

Of course, Petsis still finds time to balance her studies with everything else she’s doing. With concentrations in finance and international business and a minor in French, Petsis plans to return to Toronto someday to work in the business sector, although she may stay at UMass Lowell for a graduate business degree first.

Petsis says she’s always had a knack for business. When she was in the seventh grade, she began earning small commissions by selling items for friends on a website called Kijiji, the Canadian equivalent of Craigslist. Last summer, she landed an internship at the Royal Bank of Canada as an associate account manager. She’s already been invited back this summer.

Sorry, Mrs. Petsis, but it doesn’t sound like your daughter plans on slowing down anytime soon.

“It would be great to take the same mindset into my career,” Petsis says. “The business world is all about building yourself, taking the next challenge and growing with it.”