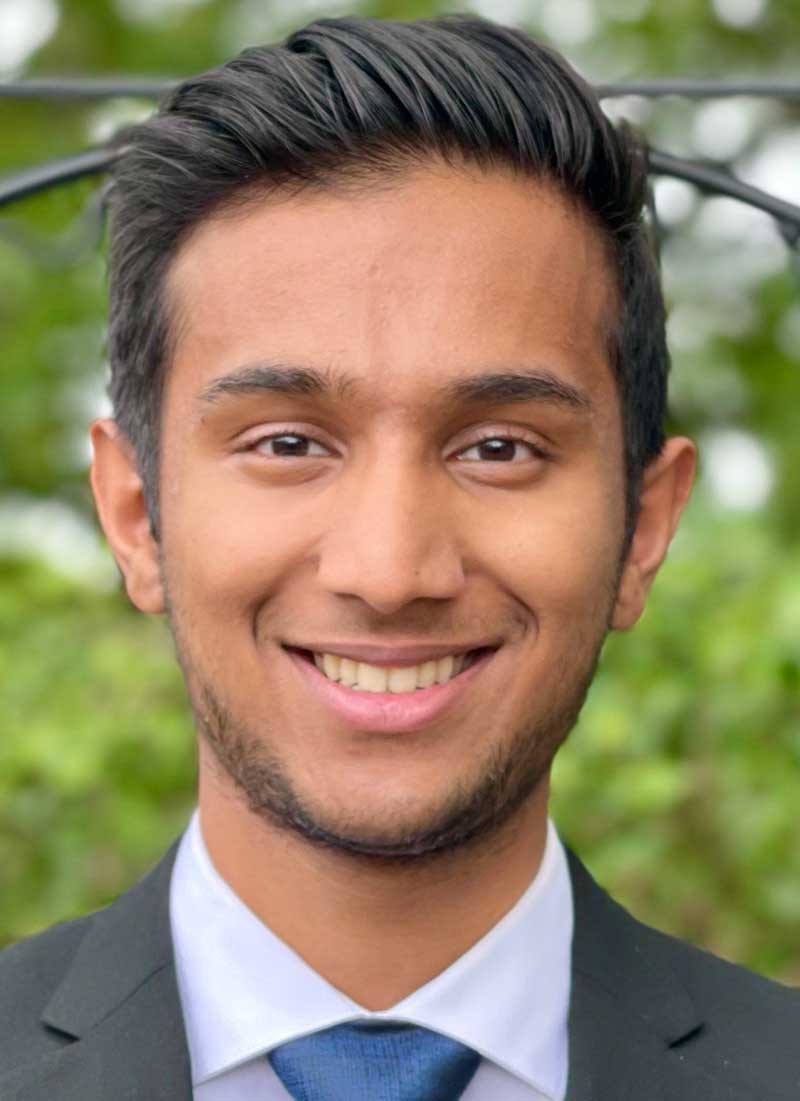 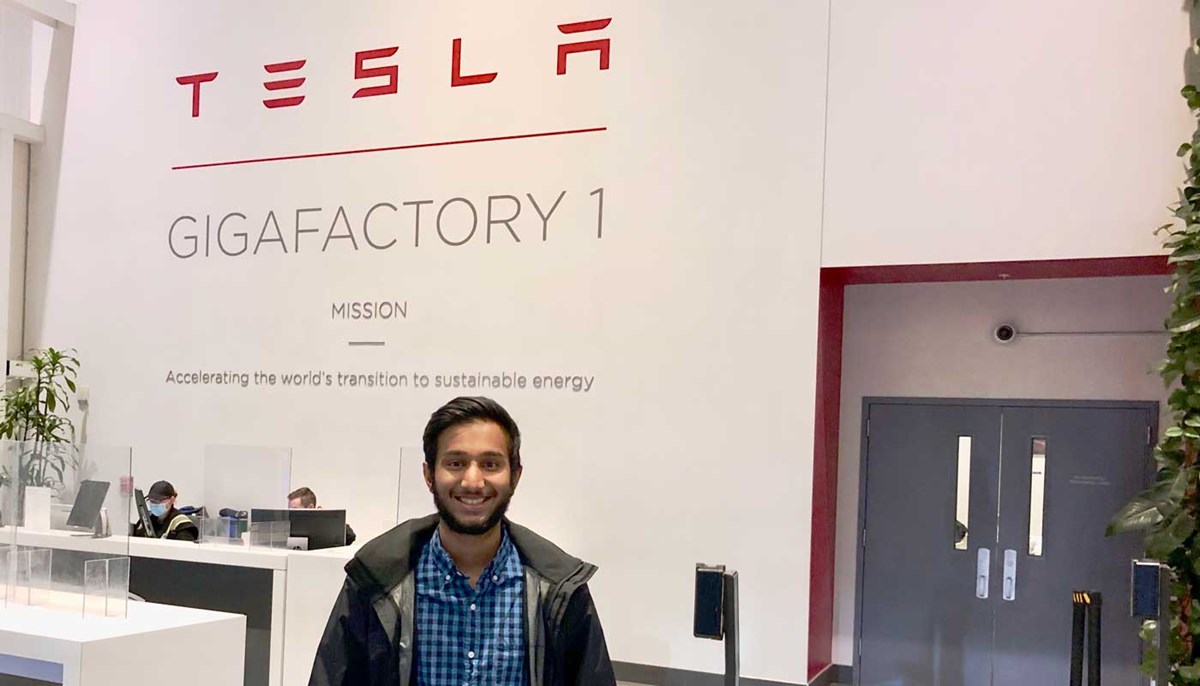 A highlight of Teerth Patel’s manufacturing engineering internship at Tesla was the chance to get behind the wheel of one of the top-performing electric vehicles in the world: the Model S Plaid, which goes from zero to 60 in 1.99 seconds and costs nearly $125,000.

For a self-described “Tesla fanboy” like Patel, taking the car for a quick (30 mph) spin around the parking lot was a dream come true. Then again, so was spending 17 weeks on the manufacturing floor of the Tesla Gigafactory in Sparks, Nevada, working with the quality engineering team on the final assembly of drive units.

“Getting hands-on experience with all this technology, seeing the direct impact of my work on my dream company, was absolutely incredible,” says Patel, a mechanical engineering major and Honors student from Dracut, Massachusetts. “I love what the company stands for, the work they’re doing for sustainable energy. After seeing things from an insider’s point of view, I have even more respect for them.”

Perhaps the most amazing aspect of the internship is how Patel got it: by applying cold online.

“I just threw out some applications and got an interview. No referral, no networking,” he says. “I guess I was a good fit for the team.”

It didn’t hurt that as a first-year student, Patel worked in the UML Baseball Research Center as an Immersive Scholar. Or that he landed a product supply manufacturing internship at Procter & Gamble in Andover, Massachusetts, following his sophomore year — an experience that helped prepare him to work on Tesla’s advanced factory floor.

“If you’ve never been on a manufacturing floor, it’s a lot to take in. There’s so much going on around you — moving parts, machines, people, products and materials everywhere — and it can really fluster you. P&G really helped me absorb stuff a lot faster,” says Patel, who flew to Nevada to start his Tesla internship six days after his P&G internship ended.

Tesla provided free housing and transportation for Patel’s cohort of 55 interns. He shared a townhouse with five other interns in nearby Reno, Nevada.

“It was wonderful. We worked very hard but also had a lot of fun,” he says. “I definitely made a lot of lifelong friends. A few of us even joked about starting our own company in the future.”

Patel is returning to P&G for a second summer internship before his senior year, this time working on Gillette razors in the process and engineering department in Boston.

“UMass Lowell’s relationship with P&G has definitely helped me,” says Patel, who adds that gaining internship experience was the top reason he chose UML, followed by the price and the ability to commute from home.

“I feel like UMass Lowell was the perfect package,” says Patel, who is “more than happy” with his decision to become a River Hawk.

“I think it’s worked out really well for me,” he says. “If you want to put in the effort and do your due diligence, doors will open for you.”

Perhaps even the door of a Tesla Model S Plaid.