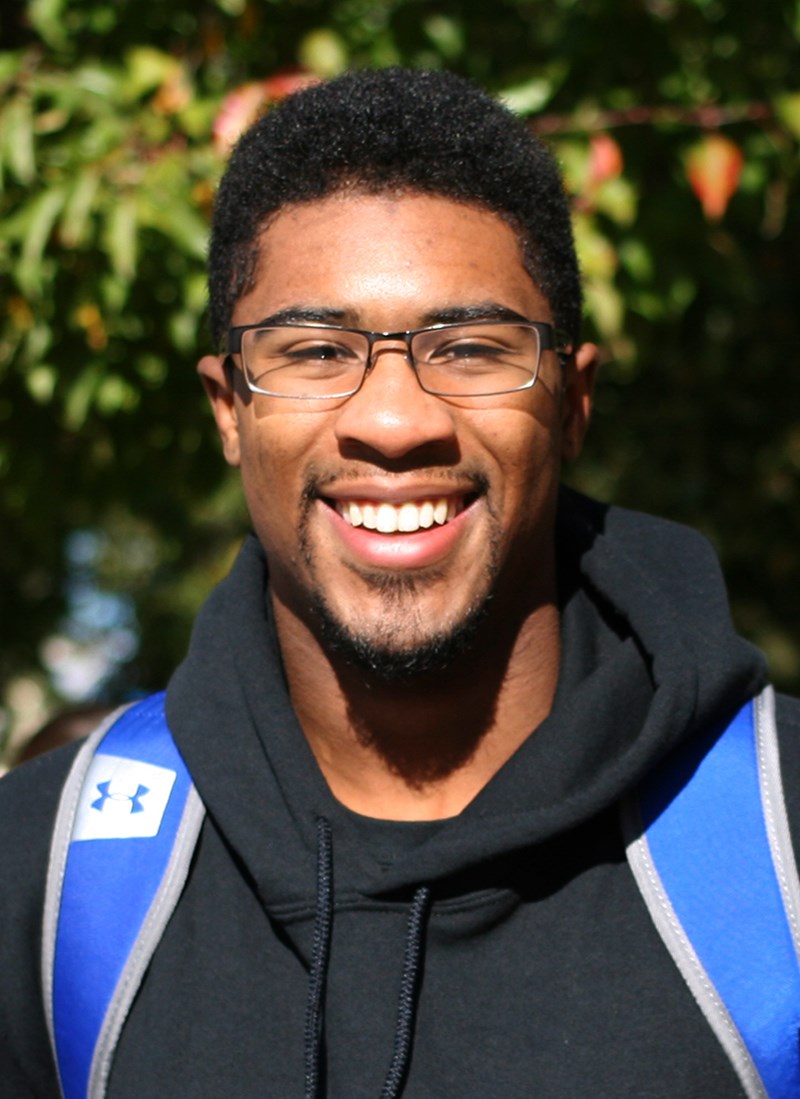 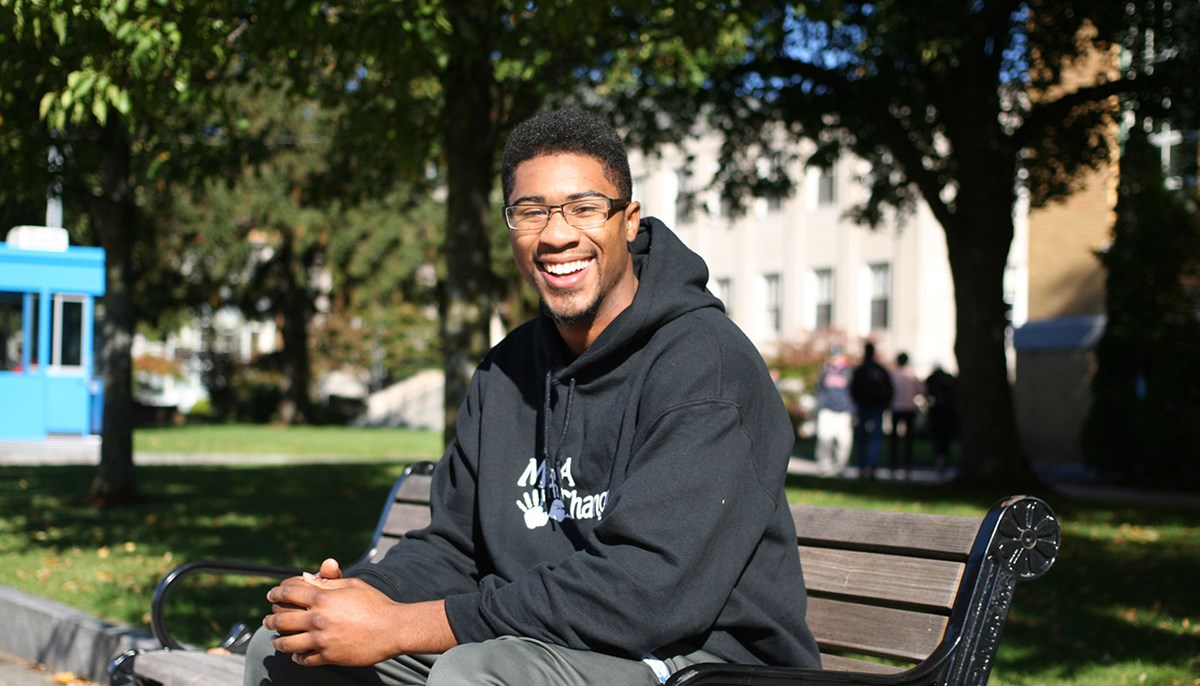 Having a conversation on campus with Steffan Jackson can take a while. Every few minutes, another person politely interrupts to say hello to the senior business administration major. It could be a fellow member of the Dean’s Student Leadership Council. Or a former track teammate. Or someone from the student club M.A.L.E.S. (Men Achieving Leadership, Excellence and Success), of which Jackson is vice president and community service chair.

“I just love people,” says Jackson, a Stoughton native who transferred into the Manning School of Business after one year at Massasoit Community College.

Jackson’s gregarious nature has helped him come into his own at the university.

“I wanted to take on more leadership roles and become the person I knew I could be, but I was always scared,” he says. “That has all changed.”

It began last summer, when he landed a four-month internship in supply chain and warehouse logistics at Versatile, an information technology and services provider in Marlborough.

“It helped me see the ins and outs of how a small business functions,” says Jackson, who worked with the company’s VP of finance and also did research projects out in the field, such as surveying boaters at a marina in Maine on their WiFi experience. “I was able to get a touch of everything and really apply what I was learning in the classroom.”

But there was something gnawing at Jackson inside, a feeling that he needed to be helping people. So one day last June while at his family church, Jackson struck up a conversation with a few like-minded peers. They decided to throw a pizza party for the homeless on Boston Common. “We spent the day serving it out. It was great,” he says.

That event spurred the idea for something bigger: the creation of a non-profit organization called Make-A-Change Inc. Its mission is to help children dealing with parental drug abuse, physical abuse, foster care or neglect by providing them with positive experiences and mentorship.

“We want to help these kids achieve more,” Jackson says. “If they come from these neglected families, they are so disempowered because they think that’s their whole life. But they have a purpose. We want to drive that forward, to give them the confidence to say it’s not about what happened in your past, it’s what you do in the future that really matters.”

So far Make-A-Change has worked with a half-dozen children from around Greater Boston, taking them to Six Flags New England, a Celtics game, bowling and museums. The four-person organization also held a fundraising softball tournament, which drew 250 people and raised nearly $5,000, and a gala dinner to thank donors.

“It’s given me a different perspective on what I want to do with my life,” says Jackson, who credits his parents, Betsy and Luke, for instilling his strong sense of purpose.

Jackson, whose concentrations are in marketing and management, says Manning lecturer Ralph Jordan and visiting instructor Elissa Magnant have been particularly influential in helping him marry his passion for community service and business.

“I’ve been able to build some wonderful partnerships and see how marketing really works,” he says. “I just love the community environment behind a nonprofit.”

Jackson’s good work is carrying over on campus. On a recent Saturday morning, he and six other M.A.L.E.S. members spent several hours picking up trash in Lowell’s North Common. This winter, Jackson is running a clean socks drive for the Lowell Transitional Living Center.

“I know these little things I do now will benefit me more in the future,” says Jackson, who hopes to be the CEO of his own company someday. “I would not be in college today if it weren’t for the people in my past and the blessings they have given me. They’ve helped me in ways they don’t even know, and I am so grateful.”