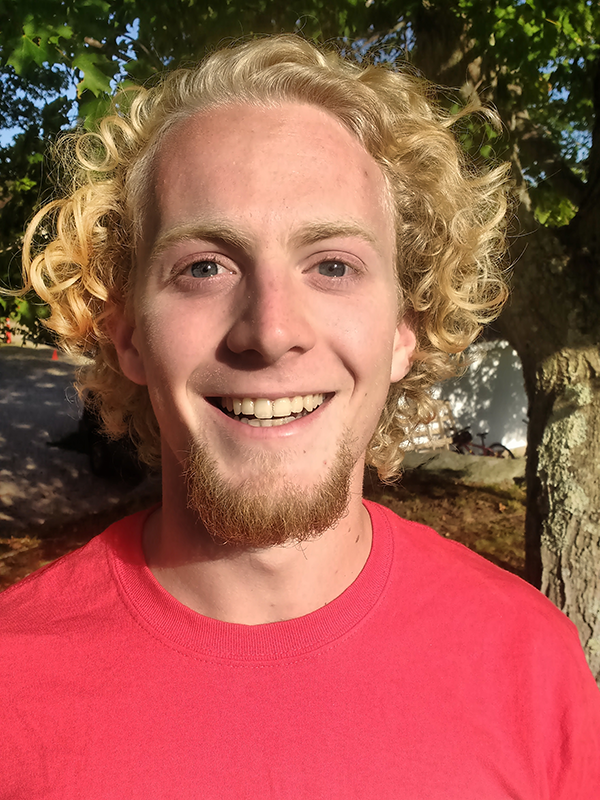 Sean Cloran grew up playing in the woods and swimming in the lakes of Grafton, so he’s always been interested in water quality and the forest ecosystem.

He took that interest to the next level, thanks to a $4,000 Co-op Scholarship that allowed him to study tropical and political ecology, conservation science and Spanish in the Peruvian Andes during the spring semester of his sophomore year – and then do research, mapping sources of water pollution in Pilcopata, a town in the Amazon River watershed.

“I already knew I wanted to go into reforestation or ecological restoration,” he says. “This made me want to work in sustainable development, too, and decrease the socioeconomic gap between the global north and the global south.”

Cloran, who is in the Honors College, is majoring in biology with an ecology concentration. He also has minors in physics and climate change and sustainability. He says it’s one thing to learn about ecology in the classroom and another to study it in the field.

“You would see what you were learning about,” he says. “You’d see the glaciers that fed the farmers and their crops in the Sacred Valley; you could see lines of leaf-cutter ants on the forest floor; you could see the medicinal plants the Amazonian people were using.”

One of Cloran’s favorite field trips was a visit to a rehabilitation clinic for wild animals, where he got to hold a baby sloth.

“That’s the cutest thing I’ve ever hugged,” he says.

Cloran had never traveled outside the country before, apart from a trip to Montreal. He hopes to get a job on a reforestation project in Peru in the future and gain greater fluency in Spanish through total immersion.

“I thought I was going to catch the travel bug and travel across the entire world, but now I don’t want to be a so much of a tourist when I’m abroad, but [instead] do more worthwhile work,” he says.

The Co-op Scholarship was a big factor in his decision to attend UMass Lowell, he says. The scholarships are offered to high-achieving high school seniors as part of their UML acceptance packages. They can be used for research with a professor, study abroad or an internship with a community agency after a successful freshman year.

“I thought the Co-op Scholarship would be great for professional development or study abroad, and the other colleges I was looking at didn’t offer those things right off the bat,” he says.