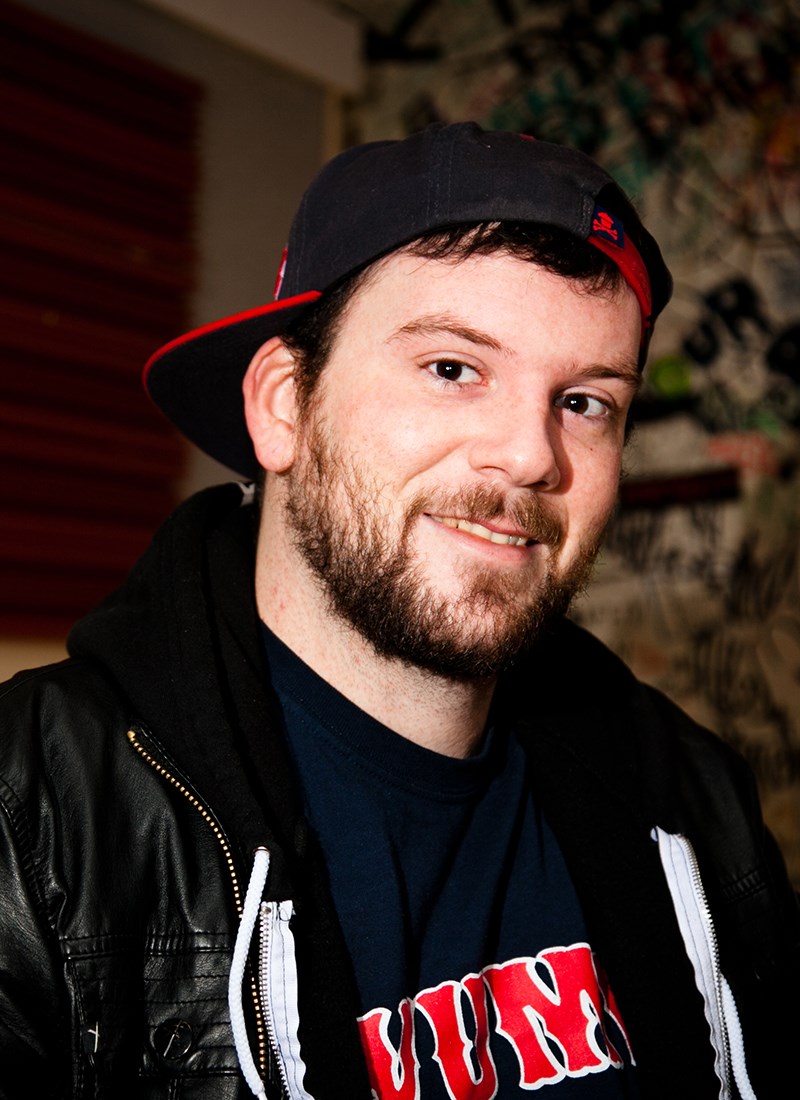 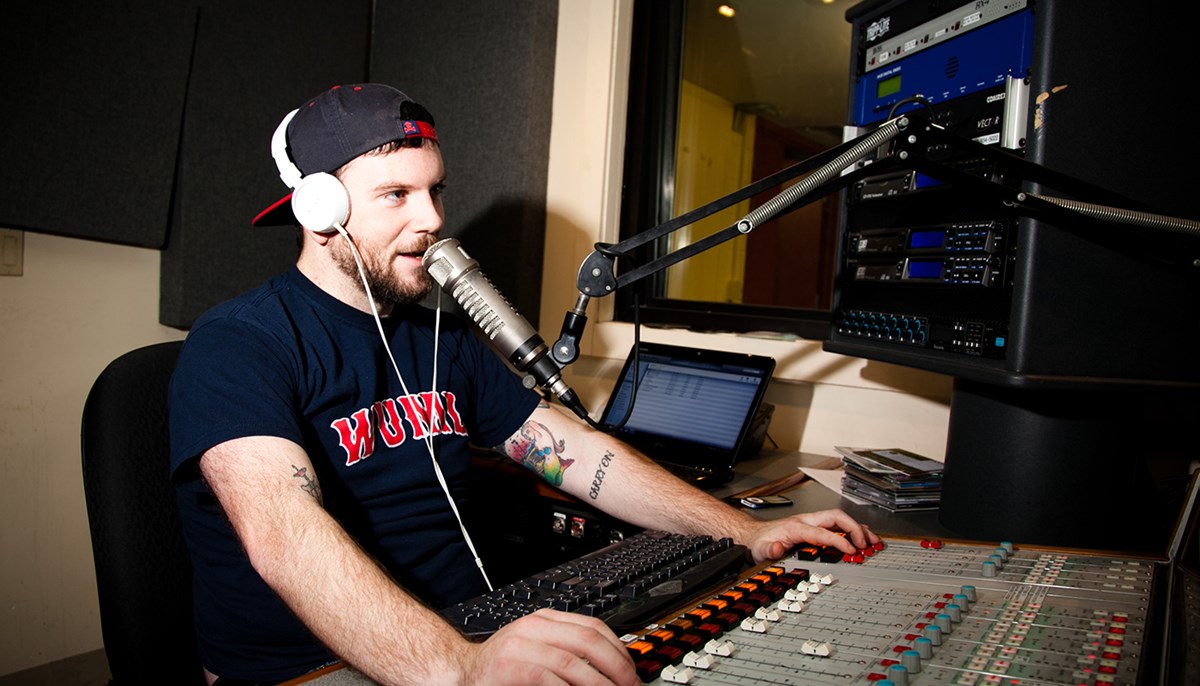 When you’re listening to a baseball game on the radio, a lot goes into sharing every highlight and hit to make you feel like you’re in the bleachers. English major Ryan Liebel has made it happen for Red Sox fans.
Liebel landed a summer internship working on the Spanish language radio broadcast of Red Sox games. Every home and away game he'd be at the station, supplying stats to the hosts, splicing together highlights and helping with the glitches that come with live radio.
Fortunately, he already had experience at the control board as a DJ with 91.5 WUML, the university’s student-run radio station.
First enrolled as a music business major, Liebel found his way to the English department through the radio station. He progressed from intern, to DJ, to hip hop director, to finally working as co-programming director. Liebel connected the station's directors to its dozens of DJs, helped in guiding WUML as a university and community resource and improving students' experiences.
“At WUML, you learn how to speak with people and run a show smoothly,” says Liebel. “I've met my best friends on campus at the station.
Liebel found WUML connections off campus as well. The lead engineer for the Red Sox broadcasts is a station alum. Their connection made Liebel even more determined to do his work well.
“It’s important to represent the station and university well to help other students get similar opportunities,” says Liebel. “Employers will know they're getting quality interns and workers.”
By the end of his internship, Liebel was running the control board for broadcasts and was offered a job to finish the summer with the team. Back at school, he helped the next round of student DJs get ready to represent the station well at work and on the airwaves.