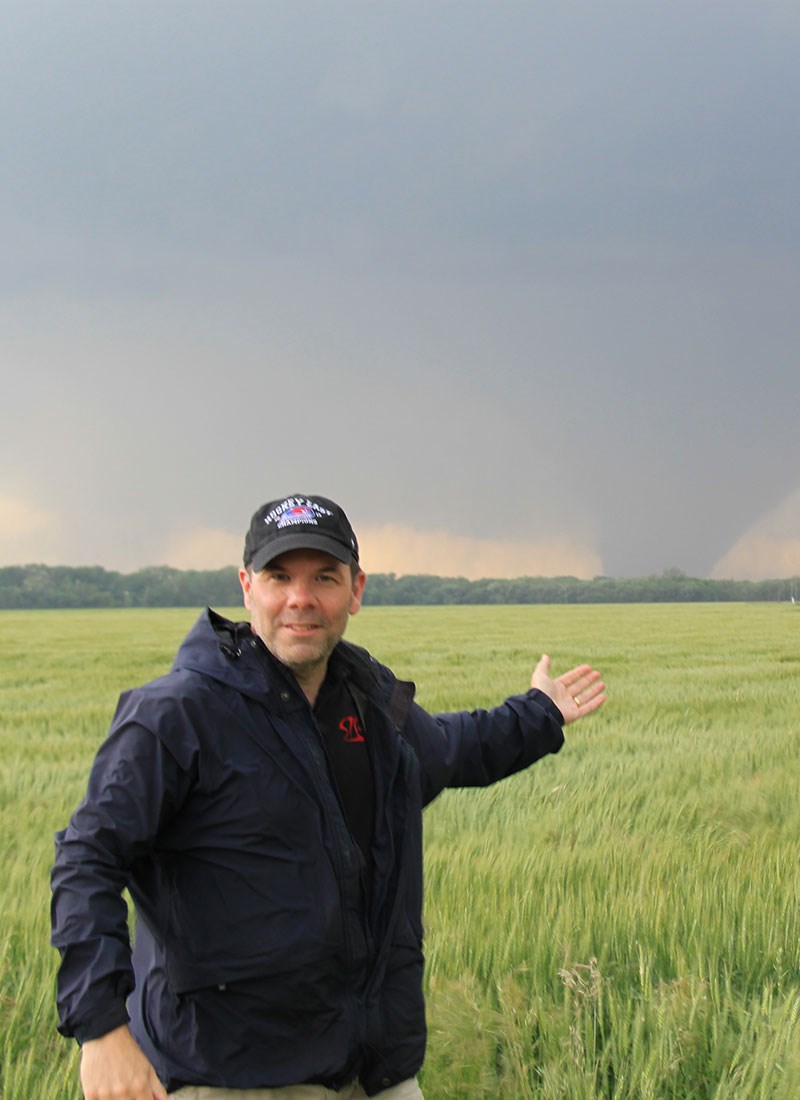 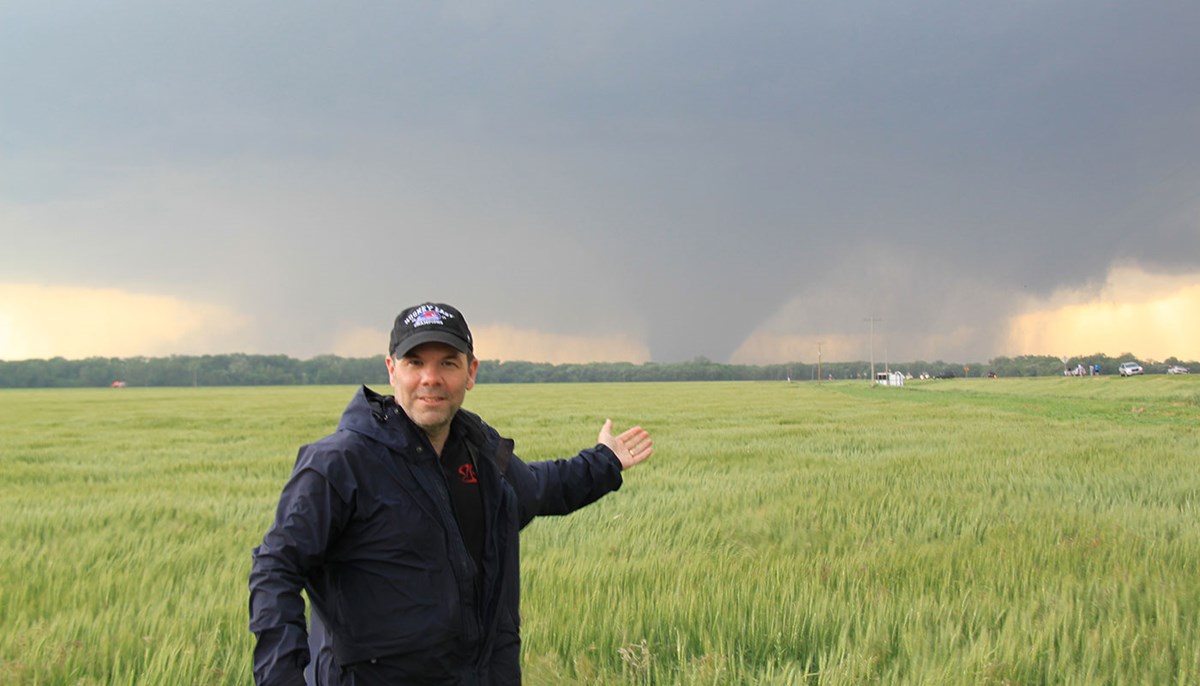 Rich Hamel is a top-notch tornado chaser. He chases part-time, during time off from his full-time job at the Chelmsford office of AECOM, where he specializes in air dispersion modeling and emissions variability.

Originally from Salem, N.H., Hamel had “no idea whatsoever” he’d ever be doing such a thing.

“I chose UMass Lowell—then the University of Lowell—because it was a tech school with a good reputation for computer science, and I was able to commute for a couple of years,” he says.

Once he delved into computer science, he found it “challenging—a lot of people were doing computer science at the time.” But he caught on and there were jobs. After his graduation in 1991, Hamel worked for Bull, Cambridge Tech Partners and others. “In high tech back then, if you managed to survive at the company, the company often didn't survive,” he notes.

Meanwhile, he’d always had an interest in weather, huddling with his sister to watch thunderstorms. And while working as a hi-tech consultant, he traveled frequently, often to the Midwest.

“The thunderstorms there were so much bigger and more dramatic than anything here. I got more and more interested,” he says.

In 2001, he took a tornado-chasing tour and talked at length to David Gold and Roger Hill, owners of Silver Lining Tours.

He nursed his meteorological passion by returning to UMass Lowell, first as a part-timer taking night courses. “Then I went full-time during 2003 and 2004,” says Hamel, adding that he also got married during that time, and now has two daughters.

He took five courses and served as a teaching assistant for two others, pushing himself. But it was what he loved. After earning his Master's in atmospheric science in 2004, he contacted the owners of Silver Lining, offering to help with research. They offered him a job as a tour guide.

He’s a regular on TV and radio when major storms whirl across the Midwest. “I guess I’m sort of a big fish in a small pond around here,” he says.

He also was asked to join the 11-member advisory board for UMass Lowell’s Earth, Environment and Atmospheric Sciences master’s program.