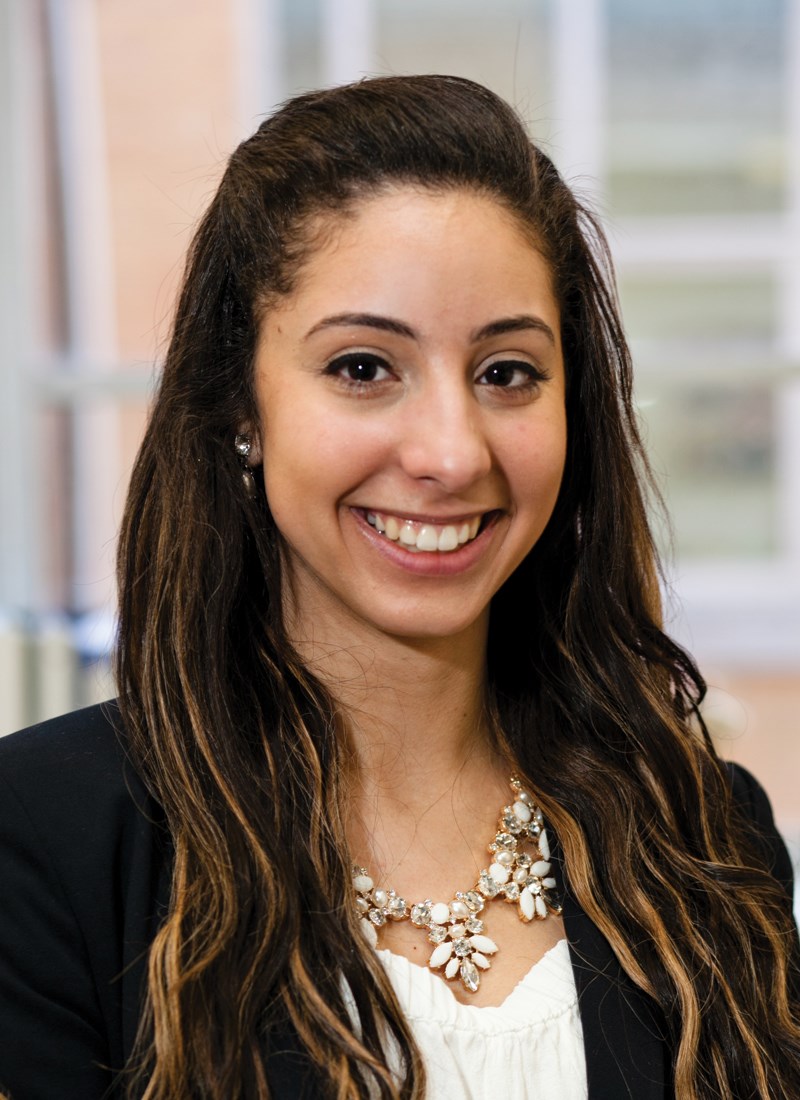 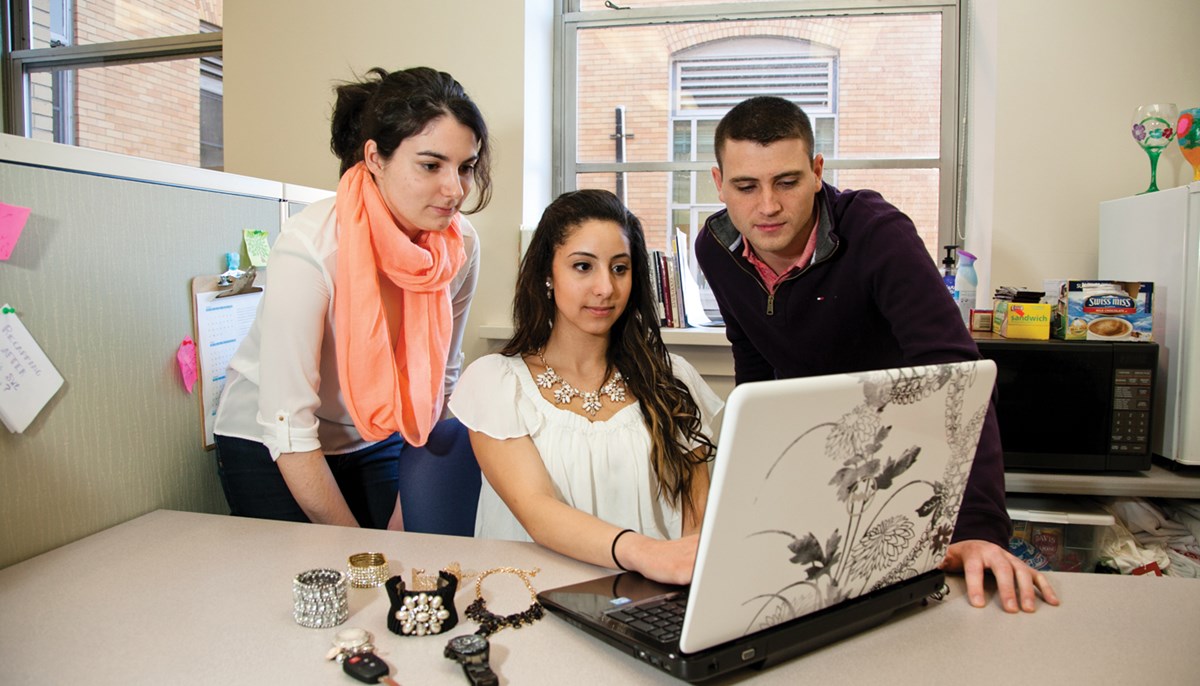 Rajia Abdelaziz is working on a tiny personal security system that can be integrated into jewelry and hopes to start a company to sell it. She also wants to own an ice cream store.

Abdelaziz, a double-major in electrical engineering and computer science, has been fascinated by computers since 2002, when she and her younger brother asked for a computer for Christmas. Her father, a software engineer, gave them half a dozen boxes of computer components instead.

“He built computers for fun – and he thought it would be fun to have an 8-year-old and a 7-year-old to help,” she says.

She got the business bug the summer she turned 16, when she began working at an ice cream store in her hometown of Nashua, N.H. Within six months, she’d been promoted to manager.

“I loved the business aspect of it, so someday I’d like to own an ice cream store,” she says.

A couple of years later, she decided to attend UMass Lowell because the university offered her a co-op scholarship. Her research co-op with Prof. Fred Martin turned into a job with Martin’s iSENSE Project: creating computer apps that teach simple science and math concepts to middle and high school students. On one of the field trips she helped conduct, she taught students how to create an app with an image of a cat that plays a meow sound.

“The level of excitement was so great, their minds were blown,” she says.

For her capstone in electrical engineering this year, she and two friends are designing a component that can be worn with multiple pieces of jewelry and used to help people in dangerous situations call for help. At the press of a button, it sends a signal to the wearer’s cell phone, which – coupled with an app they’re developing – alerts the victim’s family, friends or police with her location.

“It’s a way to call for help without letting your attacker know that you’re doing it,” she says.

The project won third place in a fall DifferenceMaker competition. Abdelaziz and her teammates are entering the $35,000 Idea Challenge this spring, hoping to win seed money to develop their product further.

As if all that weren’t enough, Abdelaziz was elected president of the campus chapter of the Society of Women Engineers after promising to double the number of members who could attend the annual SWE conference and job fair. In the past, they’d been able to send about 10 active members a year, with Engineering Dean Joseph Hartman contributing some money and the group raising the rest through bake sales.

Working with Hartman and the Office of University Advancement, Abdelaziz wrote fundraising appeals to companies, alumni and families. Last October, 21 SWE members were able to attend the conference in Nashville, Tenn.

“We had a lot of students who got full-time job offers and internships” from contacts made at the conference, she says.

Abdelaziz has turned down several job offers herself: She’s holding out for a position with a wearable technology firm to gain more experience for her own smart jewelry company. Then she will probably get an M.B.A.

“I would love to have my own technology company one day,” she says.