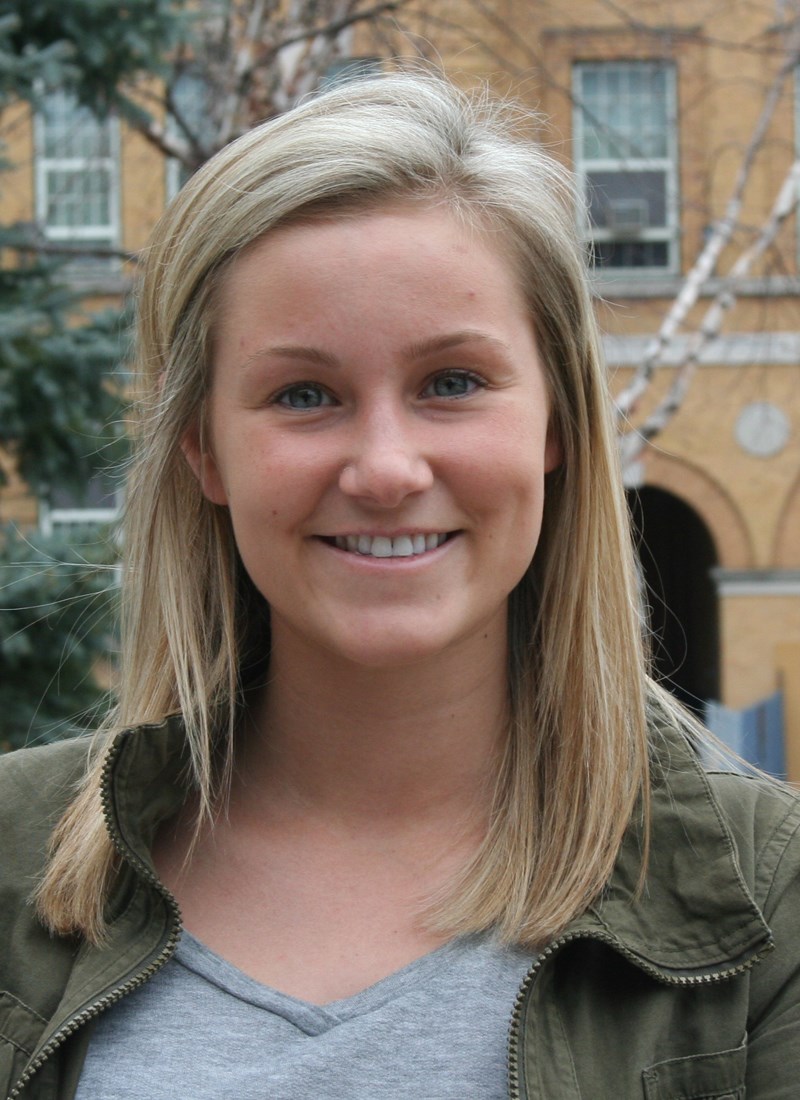 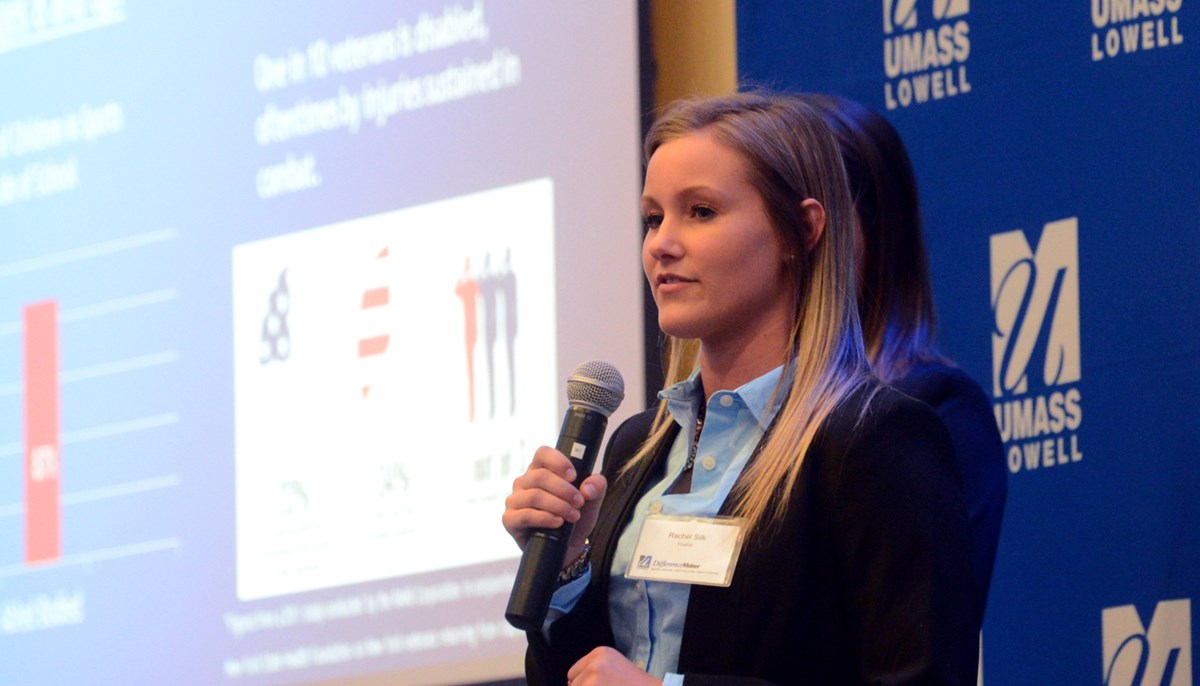 When Rachel Silk landed a professional co-op as a marketing events coordinator for healthcare IT company Imprivata in the spring of her junior year, the Manning School of Business student thought she would slowly learn the industry ropes before eventually being entrusted with meeting clients face-to-face.

Her new bosses had other ideas. Four days into her co-op, Silk was on a plane to Michigan, meeting with a group of Imprivata engineers before representing the Lexington-based company at a 100-person conference. Over the next year, Silk would represent Imprivata at 20 trade shows in 15 different states, including a week-long, 40,000-person Las Vegas event in March of her senior year.

“I can’t believe this is a co-op. It’s beyond anything I could have dreamed of,” says Silk, who worked at Imprivata full-time during the fall of her senior year before returning to classes in the spring — while still working 30 hours a week. It’s no surprise that the business administration major (with concentrations in marketing and entrepreneurship) hopes to stay with the company after finishing her final four classes over the summer of 2016.

“It’s such an innovative company,” says Silk, a Lowell native who remembers constantly wanting to invent and create things as a child. “We have products like biometric palm scanning, for patients registering in health care systems, that are so futuristic. Even though I didn’t know a lot about health care or IT, it’s something I’m learning so I can plug my creative thoughts into their marketing strategies. It combines both entrepreneurship and marketing, which I’m really interested in.”

Although Silk drove through the UMass Lowell campus each day on her way to Lowell High School, she always assumed she’d go somewhere far away for college. Then she met Assoc. Vice Chancellor for Entrepreneurship & Economic Development Steve Tello and learned about the university’s DifferenceMaker program. She was hooked.

As a junior, Silk entered the DifferenceMaker Idea Challenge along with classmates Daniel Schmith and Jessica Dion. Their creation, Love of the Game, a nonprofit program that hosts clinics run by varsity college athletes for individuals with physical and cognitive disabilities, won the $4,000 first prize in the Significant Social Impact category. They have since hosted two Love of the Game events on campus featuring the UMass Lowell men’s basketball, field hockey and cheerleading teams.

“To see it grow into this, we couldn’t have hoped for anything better,” says Silk, an Honors College student who was named a University Innovation Fellow for her work.

Tapping into the world of college athletics was easy for Silk, who played on the UMass Lowell women’s soccer team during her first two years on campus — including the team’s first season at the Division I level in 2013. She gave up the sport as a junior to focus on other areas of her education.

“It was great being a Division I athlete, but there were so many other things I wanted to try,” says Silk, who received the Gary Mucica Scholarship in both 2013 and 2014 for her active participation at the university. The scholarship, named for the university’s late golf coach and director of graduate programs for the Manning School who died in 2012 due to complications from cancer, holds special meaning to Silk.

“I met with him before I came to the school. I was interested to see if I could handle business as well as soccer. He was a major impact on me attending UMass Lowell,” says Silk, who has remained close with Mucica’s wife, Sally.

Silk counts lecturer Deb Finch, visiting instructor Joan Crooker and Entrepreneurial Initiatives Project Director Holly Lalos as other major influences on her education at UMass Lowell — the place that she once took for granted.

“The university has transformed the city of Lowell in the best way possible,” she says. “And for me, it’s nice to make an impact in the city where I grew up.”