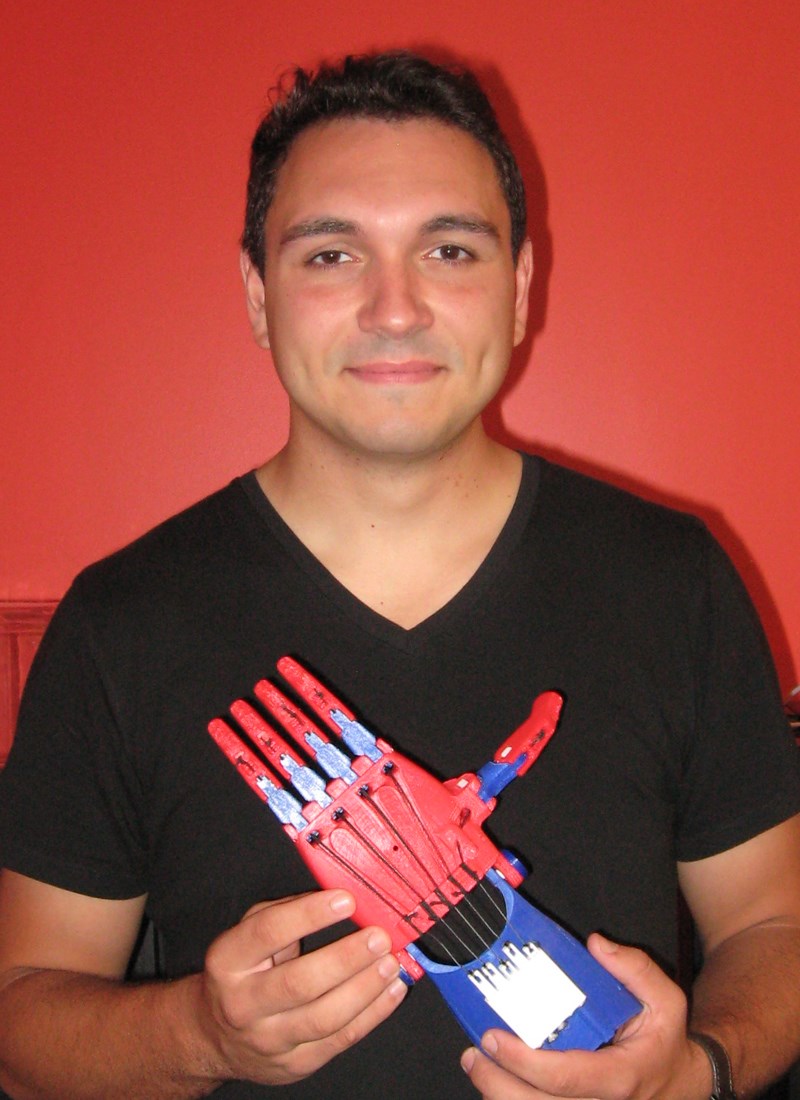 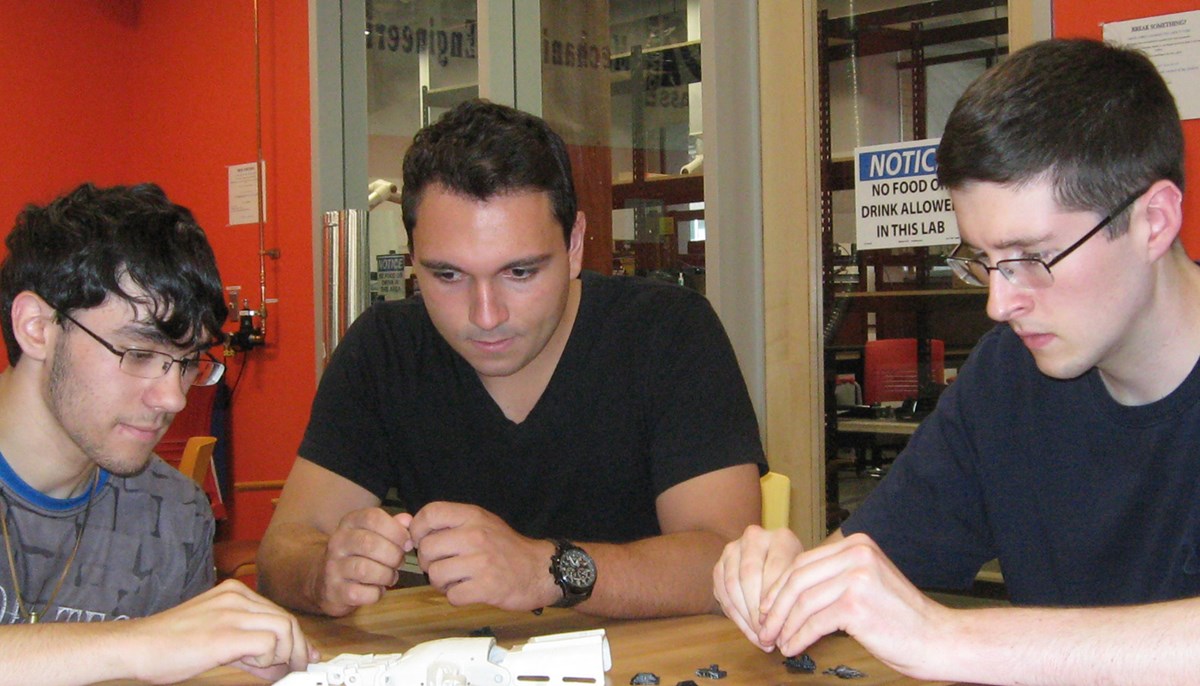 Larsen made the trip as part of Enable International Haiti, a pilot project of the Enable Community Foundation, which supports a network of about 8,000 volunteers around the globe who make inexpensive prosthetic hands, using 3-D printers and open-source designs, for children and underserved populations.

But Larsen’s path to Haiti started a long time ago, when the Honors Collegebiology major realized he didn’t enjoy laboratory research all that much.

A co-op scholar, Larsen worked the summer after his freshman year in Distinguished University Prof. Susan Braunhut’s lab, researching what happens to human skin cells exposed to UV radiation. He then found another job at UMass Medical Center studying fruit fly genetics. When that job ended, Braunhut offered Larsen another position in her lab – but told him to do some soul-searching first, because she wasn’t sure he was suited for a career in lab science.

“I found success, but not passion,” he says. “I came home every day and searched online for other careers I could pursue with a biology degree.”

Inspired by a friend’s work with military veterans and a TEDx Lowell talk by Arthur Graham, clinical director of Next Step Prosthetics, Larsen began thinking about becoming a prosthetist.

“You see your surgeon for about an hour; you see your prosthetist the rest of your life,” Graham told the TEDx audience. That resonated with Larsen, who’d spent too many days interacting with nothing but fruit flies.

“The idea of close patient interactions really drew me,” he says.

Larsen started bugging Next Step for an internship. He wasn’t the only one – and Next Step finally decided to hold a two-day prosthetics “boot camp” in July 2015. At the boot camp, Larsen met a recent graduate of Sienna College, Joe Fairley, who had started an Enable chapter there.

With Fairley’s help, Larsen and fellow biology major Kreg Kaminsky decided to start an Enable chapter on campus. They were joined by a group of exercise physiology, engineering and business majors. The group hosted the first regional Enable meet-up, bringing together Enable chapters, amputees and representatives of the 3-D printing industry to learn and network.

“They’re the next step up from toys,” Larsen says. “They put a smile on a child’s face – and they help open the door to more functional prosthetics later.”

Six members of the chapter also formed a DifferenceMaker team, mentored by John Mulligan, manager of the Maker Space on North Campus. Enable Lowell took top honors in the spring 2016 competition, winning a $6,000 prize the group will put toward making more custom prosthetics.

Larsen also presented his work founding the chapter and making prosthetics as his capstone project in the Honors College – and was awarded the first Balasubramanian Family Honors College Thesis Award.

Fairley, who now runs Enable International Haiti, invited Larsen to come down and work with prosthetists at Helping Hands for Haiti. Larsen says the experience was more like delivering prosthetic care than his previous projects on campus and filled a real need. In Haiti, many people are uncomfortable wearing a functional, mechanical prosthetic outside their homes because it calls attention to their disability – and disabilities carry a major social stigma.

“They needed a good cosmetic hand for adults. Haitian people are very proud and appearances totally matter,” he says. “One recipient said, ‘This is a hand I can wear to church.’”

Now Larsen is working in Concordia Hall as a graduate resident educator while he finishes an M.S. in biotechnology and a graduate certificate in public health – and continues volunteering with Enable Lowell. Then he plans to study to become a licensed prosthetist.

He’s thankful that Braunhut, his original honors mentor, pushed him to rethink his career path. And he’s grateful for the honors seminars that invited him to explore outside his major – and opened him to broader possibilities.

“In the honors seminars, you get greater permission to explore other intellectual interests,” he says. “At its best, learning is about finding connections between seemingly unrelated ideas. The Honors College really helps foster that kind of thinking.”