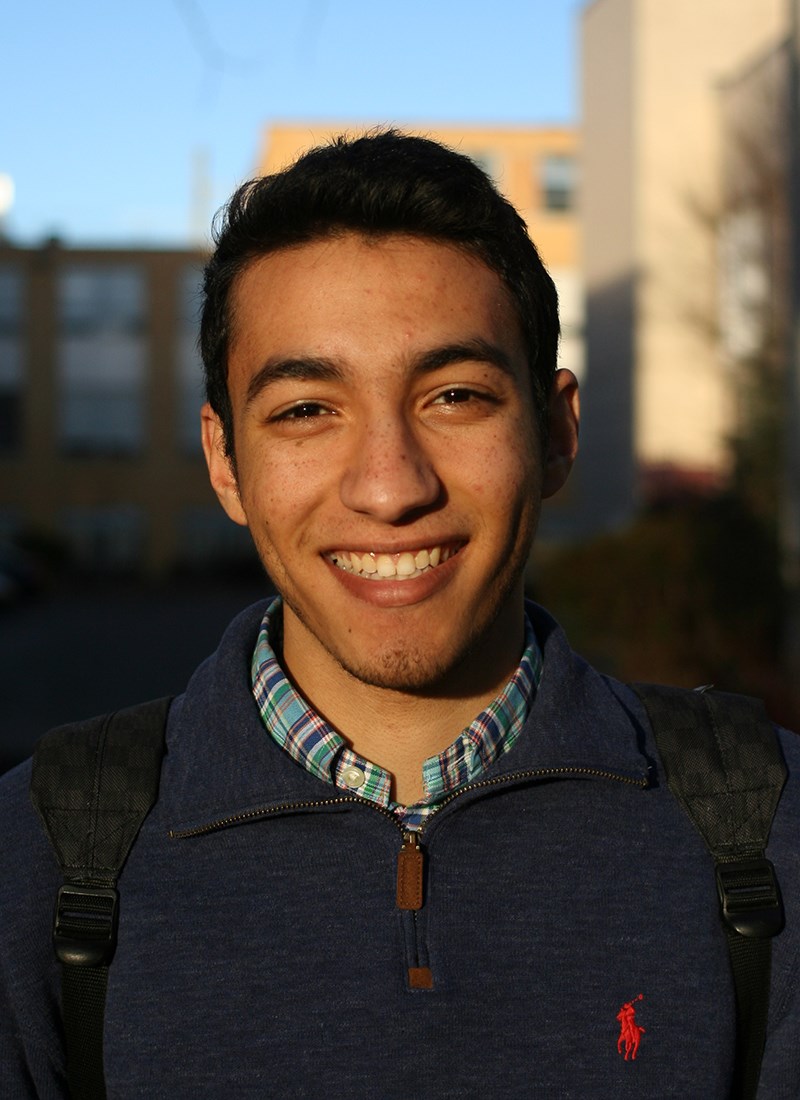 Standing in an Egyptian oil field during his petroleum engineering internship with BP, Omar Abdelaal had an epiphany.

“This is not how I want to live the rest of my life. It’s no fun at all,” thought Abdelaal, who wasn’t keen on the idea of spending weeks at a time in the field, away from family, working in an industry responsible for environmental disasters like the Deepwater Horizon oil spill.

So Abdelaal, then a student at his hometown American University in Cairo, decided to switch majors to mechanical engineering. He also decided to transfer to UMass Lowell on the advice of his uncle, former Provost Ahmed Abdelal.

“It was one of the best decisions I’ve made in my life,” says Abdelaal, who is on track to graduate in December from the Francis College of Engineering. “Mechanical engineering makes for a safer future, and I really like UMass Lowell. There’s a nice international community here, and the professors are incredibly helpful.”

Abdelaal is making the most of his two years at the university. He’s worked as a co-op at Metrigraphics, a leading manufacturer of ultraminiature electronics components. He volunteers as a student ambassador with the International Students and Scholars Office and as a tutor for the College of Engineering’s Matlab. And for his senior capstone project, his multidisciplinary team of mechanical engineering, electrical engineering and computer science students is working with Analog Devices to build a drone that measures antenna radiation patterns.

“It’s a great experience working with students from different disciplines,” says Abdelaal, who is building the drone in the in Lawrence Lin MakerSpace — a place where another important project took root for him. It was there that he learned about eNABLE Lowell, the local student chapter of an international volunteer organization that provides 3-D-printed prosthetic devices for children across the world.

“I was really inspired by the work they were doing,” says Abdelaal, who asked eNABLE members how he could start a chapter in Egypt when he went home for the summer following his junior year. “They were really helpful. They made me my first demo hand and taught me how to do the design work.”

Back in Cairo, Abdelaal recruited a half-dozen friends to serve as board members for his eNABLE chapter and began fielding donations online to help cover the cost of the devices, which he says typically cost around 10,000 Egyptian pounds (about $550 USD) but can be produced by eNABLE for as little as 2,000 Egyptian pounds ($110 USD).

“It was a really emotional day,” says Abdelaal, whose eNABLE chapter has since provided prosthetic devices for three more children in Egypt.

His work may soon be expanding in the Middle East. This spring, a humanitarian aid organization, Heroic Hearts, contacted Abdelaal about partnering with an eNABLE chapter in Turkey to help children in war-torn Syria.

“I hope it becomes something,” says Abdelaal, who adds that working on such a project with people from different countries mirrors the experience he’s had at UMass Lowell.

“Even though I’m in America, I’ve made friends with people from India, from China, from Kazakhstan,” he says. “You get to know a lot about cultures here and get rid of all the stereotypes you had. You start seeing how people from other countries are similar to you, and you start figuring out that people aren’t that different after all.”