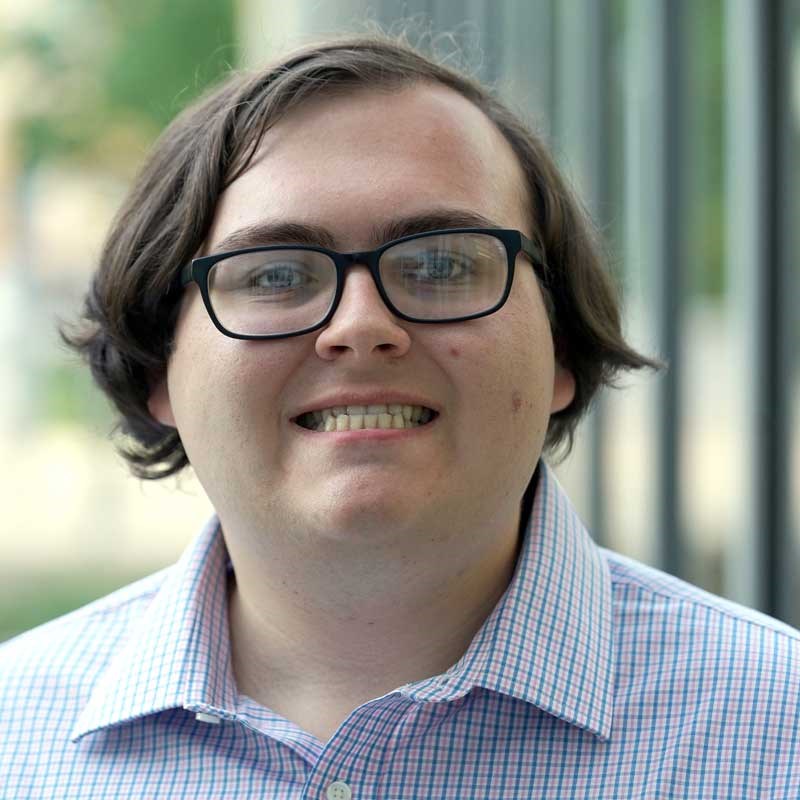 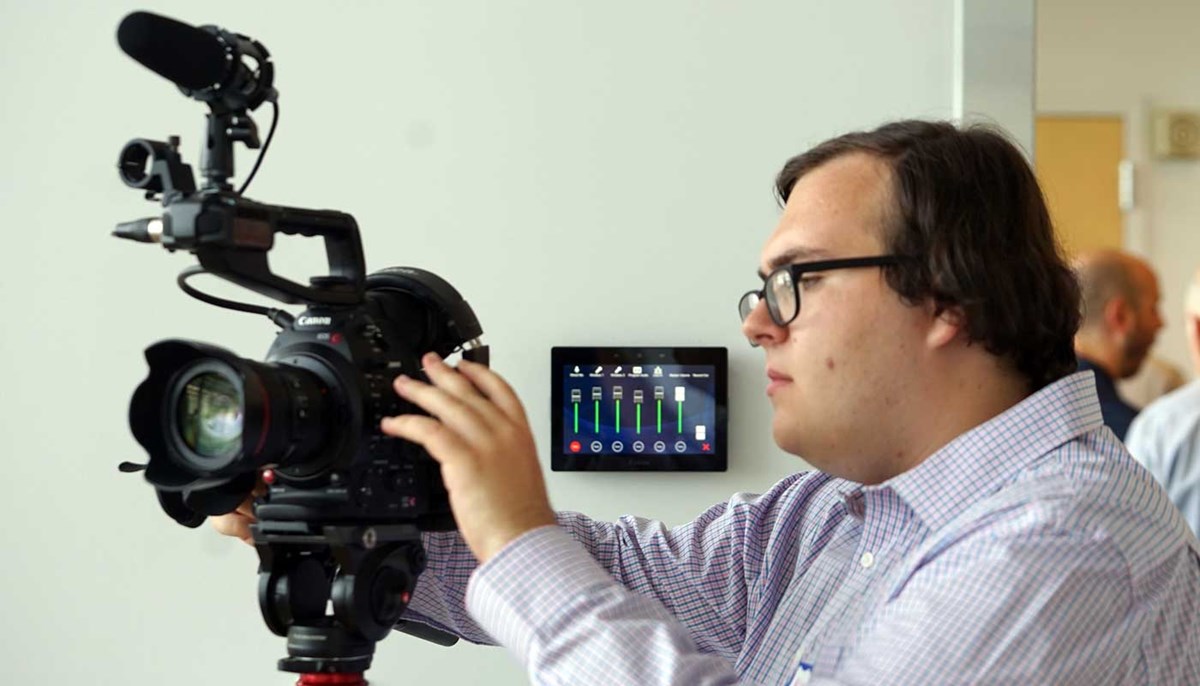 Before he can graduate with one of UML’s first Bachelor of Arts degrees in digital media, Nick Jarek needed to complete an internship or co-op job with a community partner.

Besides giving him a chance to apply his technical know-how while earning three credits, Jarek says the paid co-op position has provided valuable experience in working with a client. It has also immersed him in the entrepreneurial business world of the DifferenceMaker program, which he remembers hearing about during first-year orientation but never explored.

“It’s a lot of networking and LinkedIn,” he says of the DifferenceMaker events.

Working with DifferenceMaker Director Holly Lalos and David Vatalaro, an adjunct faculty member in the Manning School of Business, Jarek says his internship duties have expanded to include public speaking.

“I’ve been able to present at orientation to incoming freshmen about the program,” he says. “They’ve expanded my role as they’ve found my strengths, which has been great.”

Jarek, who also works as a student assistant in the Digital Media department, chose UML because it was close to home and affordable. Several of his family members are alumni, including his mom, psychology major Laure Jarek ’93.

Originally undeclared, Jarek fell into the digital media major by “mistake.” He plans to continue at UML for graduate school, probably in the School of Education so he can one day teach video production.

“I love it here. The people I’ve met are so interested in helping me succeed,” says Jarek, who puts his faculty advisor, Visiting Faculty Lecturer Daniel Frank, at the top of that list.

“I’ve taken a bunch of classes with him,” says Jarek, who feels more confident about hitting the job market with the skills he has developed in Frank’s courses. “He’s been the most focused on helping me find a job after I graduate.”