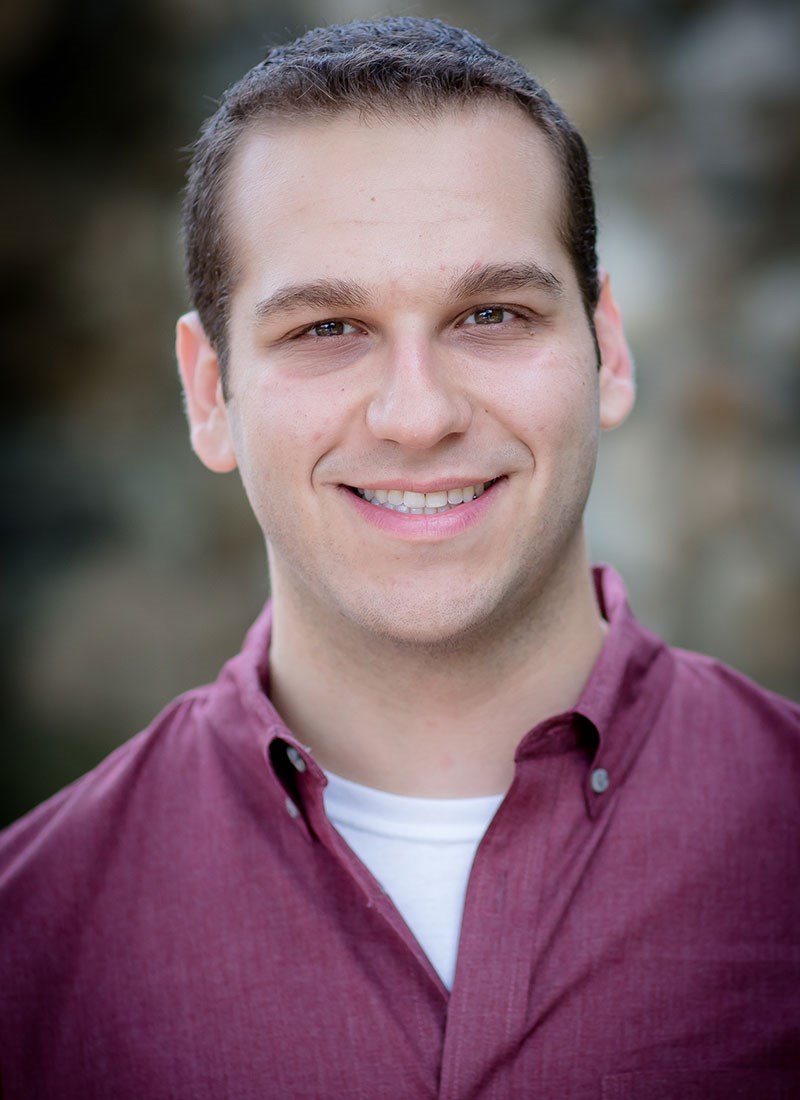 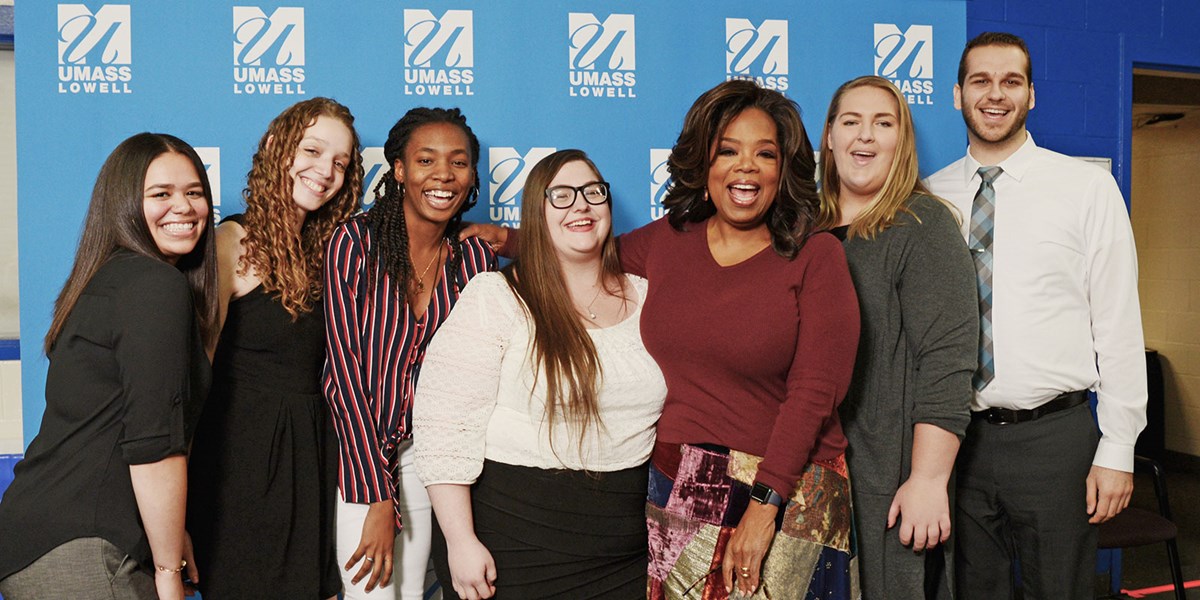 Nick Abourizk loves acting.
He got bitten by the theater bug after performing in an eighth-grade play. He tried sports in high school, but his friends pulled him back into theater. Still, he never thought of acting as a viable career.
During his senior year of high school, Abourizk got a job as a pharmacy tech. When he applied to UMass Lowell, he declared a biology major, thinking he’d teach high school biology or go to pharmacy school and prepare for a “real” job after graduation.
“I thought acting was a fantasy, a childish dream, and that I needed to move on,” he says.
Abourizk needed an arts or humanities course, though, so he signed up for an acting class in the English Department’s Theatre Arts Program.
“I realized I was spending more time rehearsing scenes than studying,” he says. “I’d started filling out my applications to pharmacy schools, but I was so miserable at that point that I told my parents I was switching my major to English.”
He jumped into the Theatre Arts Program with a passion, acting in every production he could and studying hard – all while working his way through school with his job at Walgreen’s, a campus job acting as a “simulation patient” for students in the nursing program, a paid marketing and publicity internship in the Theatre Arts Program and another as a student mentor for a first-year seminar.
Abourizk played the title role in the Theatre Arts production of “Macbeth” in the fall of his senior year. And then he learned he was going to receive an Oprah Winfrey Scholarship. The university had awarded him other scholarships and financial aid, but being nominated for the Winfrey Scholarship by his professors and then winning it gave him an even bigger boost.
“There’s a lot of stigma around the arts and humanities. People write off artists as dreamers, so to get a scholarship while pursuing a degree in the arts is really validating,” he says.
He thought his parents believed that pursuing a career in the arts was a waste of time and talent, so he hadn’t told them he planned to be an actor. They assumed he was going to be an English teacher.
Then Abourizk’s mother came to see Chancellor Jacquie Moloney’s conversation with Winfrey at the Tsongas Center, where her son appeared onstage as one of the first six Winfrey Scholarship recipients. On the drive home, Abourizk worked up the courage to tell his mother about his aspiration to act.
“She wasn’t upset at all,” he says. “She said, ‘Why should you be scared to tell me? You should do what you want to do.’”
Abourizk was also thrilled – and inspired – by the opportunity to meet Winfrey, an Academy Award-nominated actress and media star, backstage.
“She’s fighting against the entire society based on her gender and race,” he says. “I realized that if she can do it, I can do it. I walked out of there a changed man.”