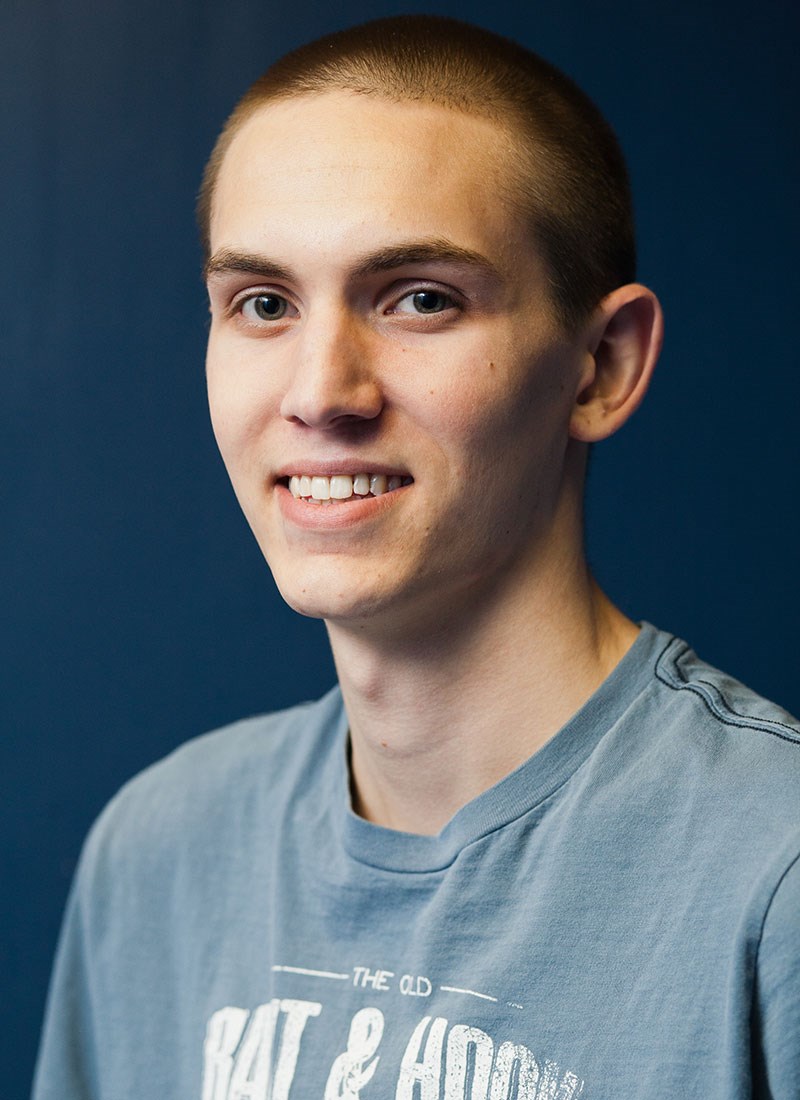 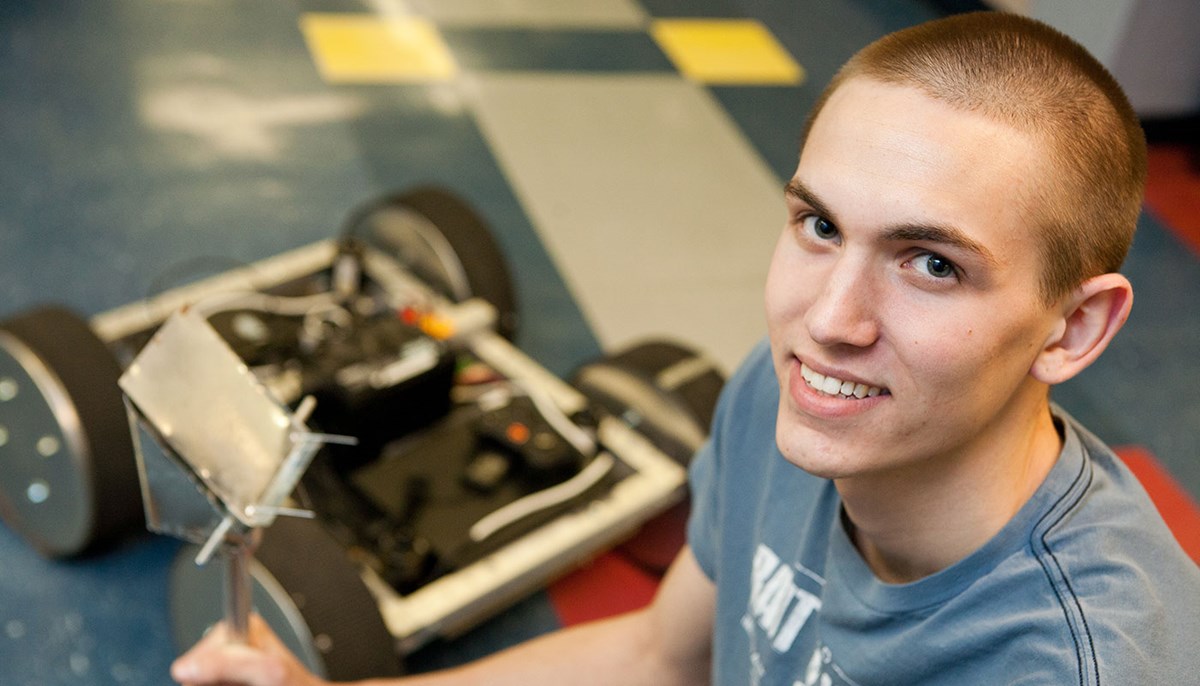 Robotics tugs at the creativity in people, all kinds of people. Mike Lunderville, was a mathematics major with a computer science minor, started with a summer internship in Prof. Holly Yanco’s Robotics Lab—and just kept going, on one interesting project after another. One of his big projects was working with a doctoral student, writing software to adapt a standard telepresence robot into a more autonomous one.
“Its use will be to monitor people with special needs,” says Lunderville. “Robotics is self-directed learning, because there are no known answers. I’m tinkering, trying and testing until we get results.”
As a transfer student, from Nashua Community College, and commuter, Lunderville appreciated the camaraderie of the lab, the robotics team he’s working on for a NASA competition—and his great professors.
“I’m taking the senior seminar in mathematics with Kiwi (Prof. James Graham-Eagle),” he says. “Kiwi knows everything in math and understands it so well, you can ask him anything and his explanation makes it clear and interesting.”
Lunderville is on track for a career in actuarial science, has passed the first level of certification and works part time for Plymouth Rock Assurance. Actuaries use mathematics and statistics to assess risk for insurance and finance companies.