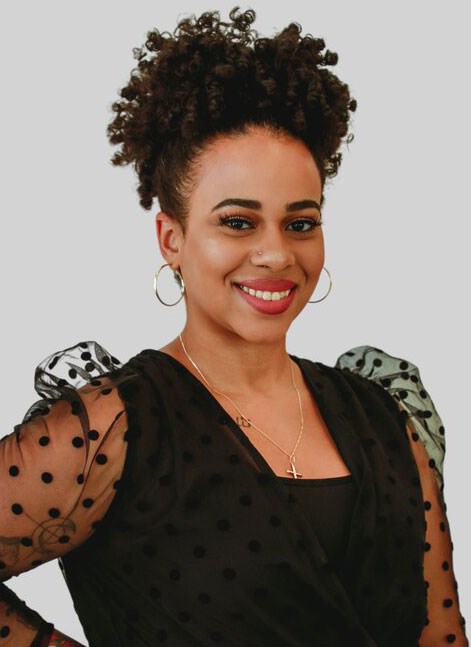 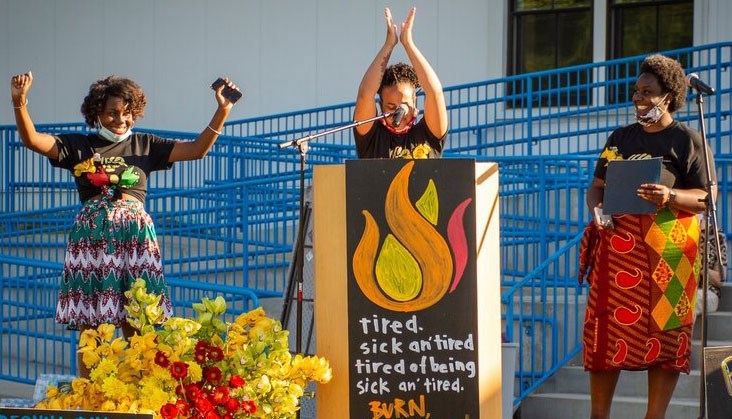 Mayara Reis used to scorch the curls of her hair to fit in.
The Black Latina, who was born in Brazil, wanted hair like the other kids around her. And growing up in North Andover, Massachusetts, she says, straight hair was the norm.
“It was really hard growing up where I did and finding who I am as a person,” Reis says. “I didn’t see me.”
These days, Reis, a junior criminal justice major and cofounder of Merrimack Valley Black and Brown Voices, is making sure the Black, brown and Indigenous people in the region can connect, find support and celebrate being part of a community.
Reis and cofounders Bria Gadsden and Elizabeth Walther-Grant established the nonprofit in the wake of George Floyd’s May 25 death. The women met in a North Andover town chatroom and discovered they shared a feeling of invisibility. They moved their discussion to Facebook, established a web site and started organizing while engaging the community.
In just a short time, the group has made an impact in the Merrimack Valley. In June, they helped organize a Black Lives Matter vigil and held a Juneteenth celebration. In August, they held a market in Andover dedicated to Black- and brown-owned businesses.
The group has raised $30,000 and has given computers to school kids, Thanksgiving meals to families and holiday gifts to those in need. More advocacy and outreach are planned.
Reis attended Salem State University before transferring to UML. When she got here, she remembers thinking, “This is so diverse. So many people look like me. It let me start being who I am supposed to me. I haven’t put heat in my hair in three years,” she says.
Her long-term goal is to become a lawyer to ease the road to citizenship for immigrant families like her own, who moved to the U.S. 20 years ago.