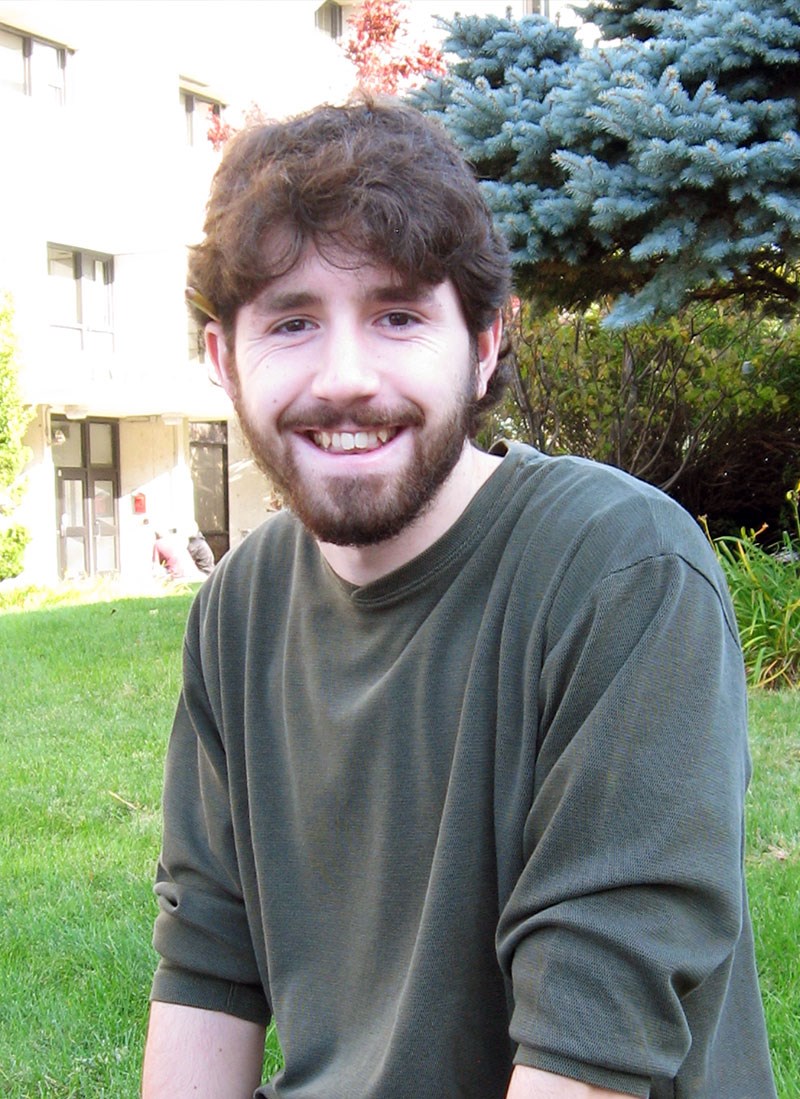 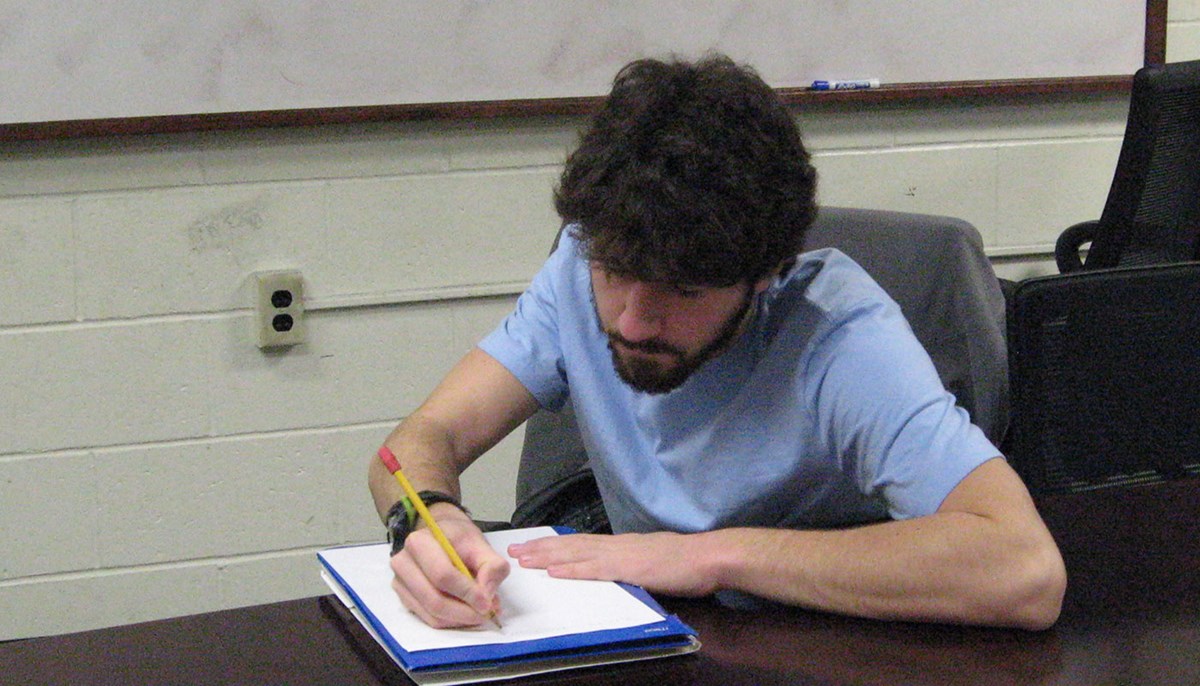 Senior math major Matthew D’Angelo says he wouldn’t have succeeded in high school without one-on-one homework help from his dad and older brother.

Now the honors student is in the UTeach program because he wants to share his love of math with high school students. Based on his own experience, he prepares lesson plans using the workshop model, in which students work on a single problem or project during each class.

“The teacher goes around and works one-on-one with the students and helps them wherever they are,” he says. “I enjoy teaching young people. I like high school a lot.”

D’Angelo is a teaching assistant at Lowell High School. Next semester, he will teach full-time at an area high school for his practicum, while working on his honors thesis.

He knew as a student at Newburyport High School that he wanted to be a math major and a teacher.

“Teaching is the only job I saw up close when I was in high school,” he says. “You don’t see a mathematician every day, but you see a teacher every day, and they looked happy.”

That’s not to say he couldn’t pursue a career in advanced mathematics such as modeling investment strategies or analyzing health data, or even an academic career if he wanted to. He’s preparing for the William Lowell Putnam Mathematical Competition by taking Prof. Kenneth Levasseur’s honors class on Mathematical Problem Solving, which is also taught workshop style, and is one of just three students who will form the university team.

He says it’s refreshing to learn how to solve problems, instead of just mastering formulas. The Putnam Competition problems aren’t for the faint of heart, though—the median score on the annual competition is usually zero or one.

“I can’t solve most of those problems, but at least I’m qualified to understand what they’re asking,” he says.

D’Angelo came to the university on a Chancellor’s Merit Scholarship and a co-op scholarship. He did research with Levasseur his sophomore year, creating a computer program for weavers that lets them visualize variations on a basic herringbone pattern, depending on how many colors they use and other variables.

Now he’s working on his honors project: figuring out the probability that a playing card dropped randomly onto a square-tiled floor will land on one of the lines between tiles.

“In every game, there’s something constant that you can control,” he says. “Figure out how many variables you have and how they work, and you can figure out the formula.”