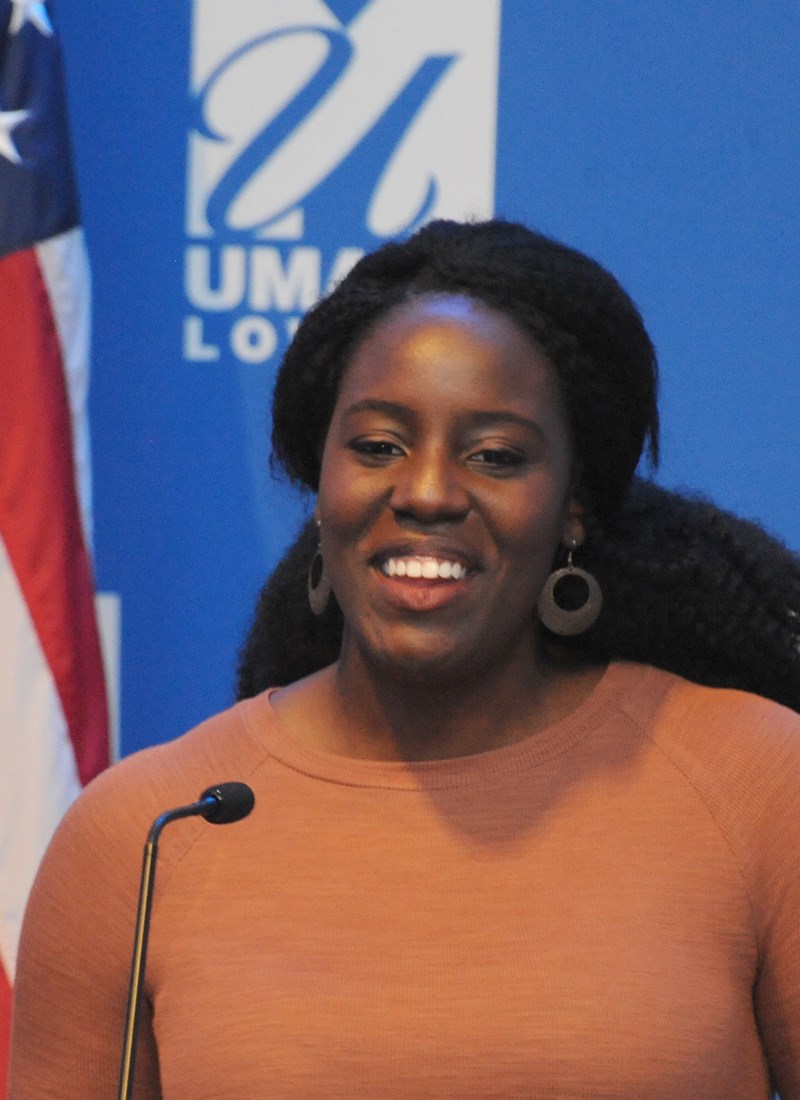 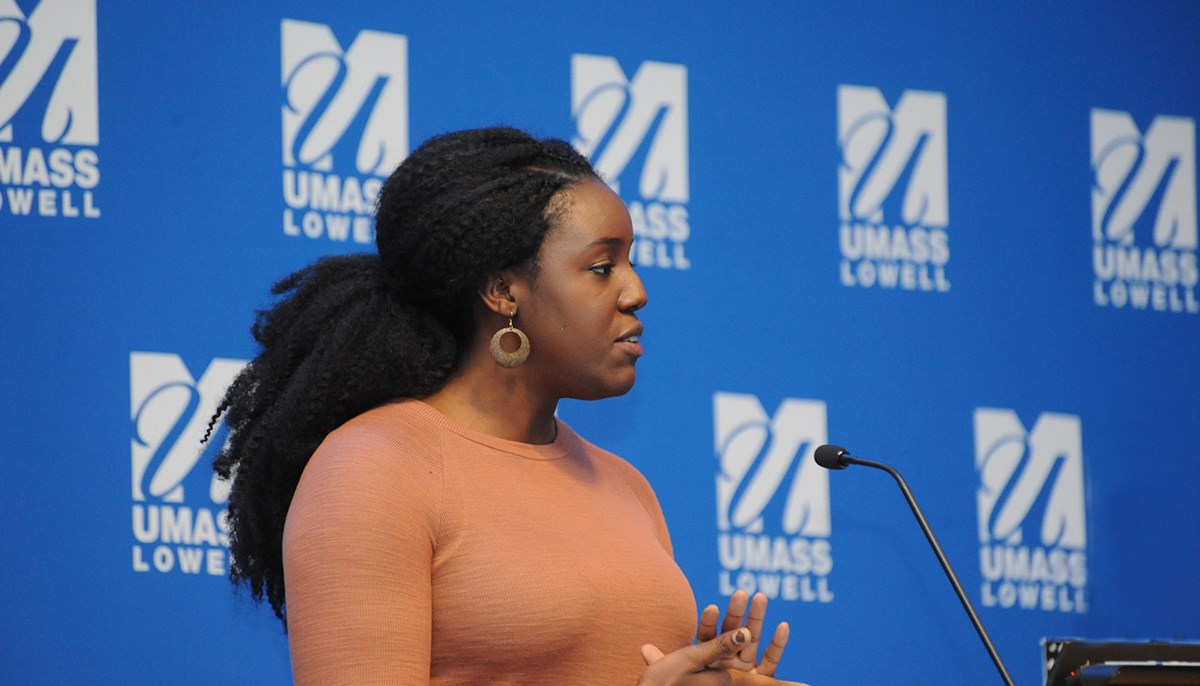 Matilda Matovu loves making connections and building community, whether she’s giving the keynote speech at the Martin Luther King Jr. dinner, greeting alumni as a student ambassador, serving as president of the Association of Students of African Origin, or planning events for Fox Common, a student-run recreational space.

But the most important connection she made at UMass Lowell was a result of scheduling serendipity.

Matovu, of Tewksbury, came to campus as a pre-med biology major. Her freshman year, she got randomly assigned to Introduction to Political Science – and loved it. By sophomore year, she’d earned enough credits to minor in political science and decided, “This is ridiculous – in two more years, I can make it a double major.”

She added classes in public health, seeing it as a way to marry the two fields. And in summer 2014, she studied at The Washington Center for Internships and Academic Seminars, where she interned with a public health nonprofit, the Association of Asian Pacific Community Health Organizations.

“I’ve found a passion for public health,” Matovu says. “Biology is very different from political science, but public health seems to be the perfect way of doing both while getting what I want – practical results.”

She did administrative work, studied up on health care legislation and lobbied congressional representatives to pass it.

“I learned a lot about how the United States uses public health institutions to help everyone, not just the specific population I was addressing, and that’s when I knew this is what I wanted to do,” she says. “I just truly believe everyone should have good health. It’s like having clean air or fresh water. It’s not a commodity to be bought and sold: It should be expected.”

Now she plans to earn a master’s in public health before she attends medical school. She aspires to become a pediatrician at Boston Children’s Hospital, a dream born of her own childhood illness and her admiration for the doctors who helped her.

“I felt very isolated. You don’t get to see everyone and you don’t get to do the things everyone else gets to do,” she says. “I think where illness is preventable, we should help people, and when it’s not, we should do everything we can to make sure they can lead a productive life.”

She’s also grateful for the community she’s built and the support she’s received at UMass Lowell, which offered her generous scholarships and financial aid, including a series of work-study jobs.

“UMass Lowell gave me the opportunity to come to school and focus on school, instead of worrying about massive loans,” she says.