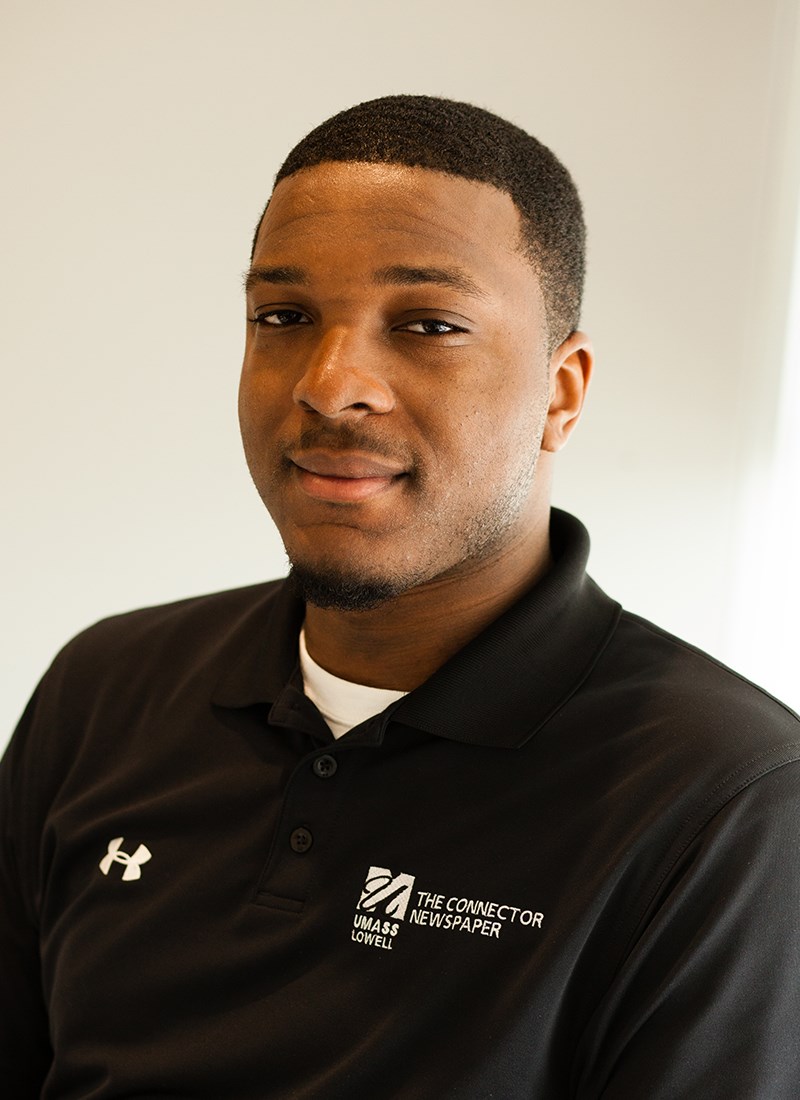 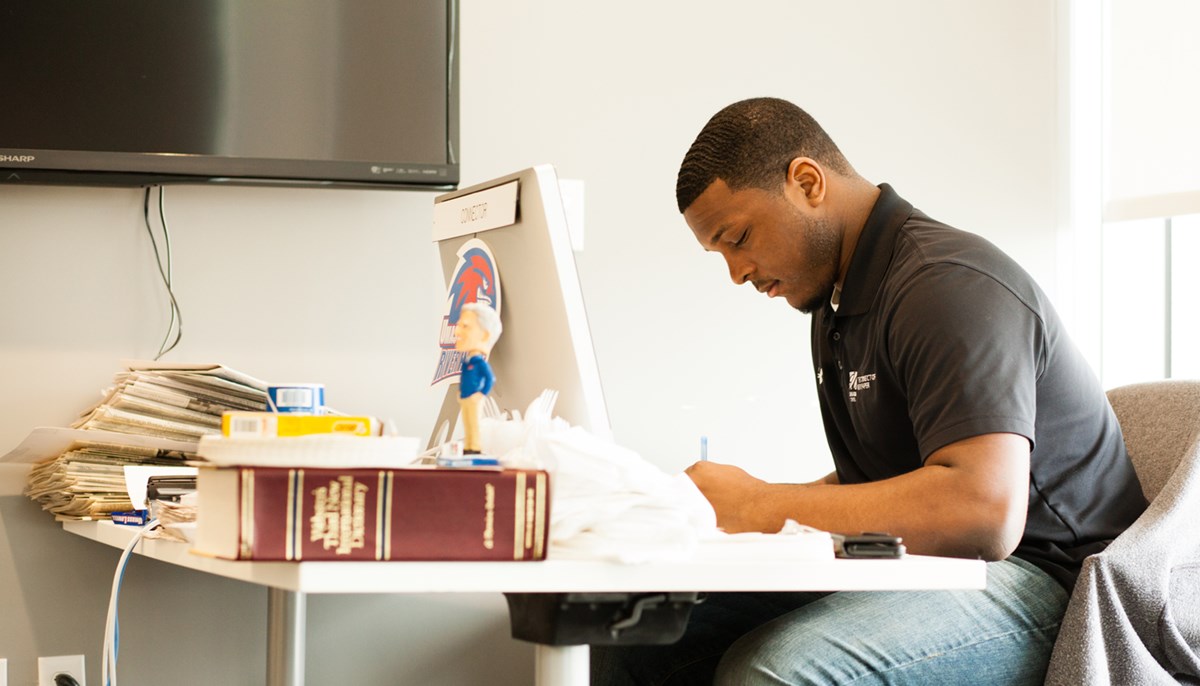 Marlon Pitter, a junior from Hartford, Conn., applied to UMass Lowell as a music major. He chose the school for its diversity, urban environment and renowned music program – and because it was out of state.

“I wanted a little bit of distance from home, but that same urban lifestyle,” he says.

Once on campus, he looked for a student club and decided to write music reviews for The Connector, the student newspaper. He soon switched his major to English with a concentration in journalism and professional writing, adding a minor in digital media.

He quickly became The Connector’s campus life editor, a job he held for three semesters before rising to editor-in-chief in 2016. His goals include making The Connector more inclusive of different student views and activities, posting more news videos and focusing on stories unique to the campus, including all the great things for students to do in Lowell.

“I’m really pleased to have this role as a junior and to be able to look at what works well and what doesn’t,” he says. “I hope to continue as editor-in-chief next year.”

For his English practicum, he’s interning as a reporter at The Lowell Sun. In one recent story, he wrote about how the university is coping with an unexpected requirement to cut $2 million from its budget.

His hands-on experiences here, including a class in community writing in which he created videos, posters and public service announcements for local nonprofits, are preparing him for a career in professional journalism.

“Journalism used to be one of the most closed-off professions and I want to break that mold,” he says.

He’s also grateful for the work-study jobs and scholarships that have helped offset the higher cost of out-of-state tuition. He’s had the Roy Zuckerberg Scholarship since his freshman year and he was recently selected as one of the first two recipients of the Meryl Streep Scholarship. He was also able to obtain a full-time job with Hospitality & Event Services last summer, which allowed him to live on campus and spend his free time working on The Connector.

“I had the whole summer to prepare,” he says. “That was huge.”