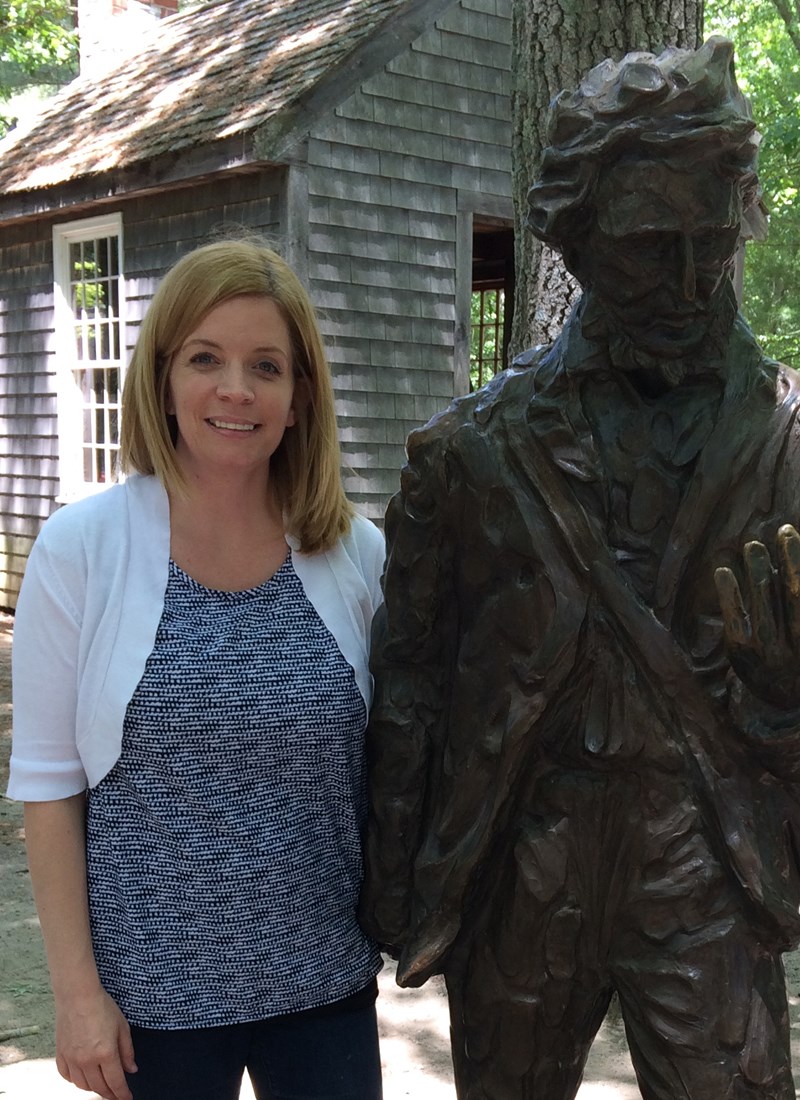 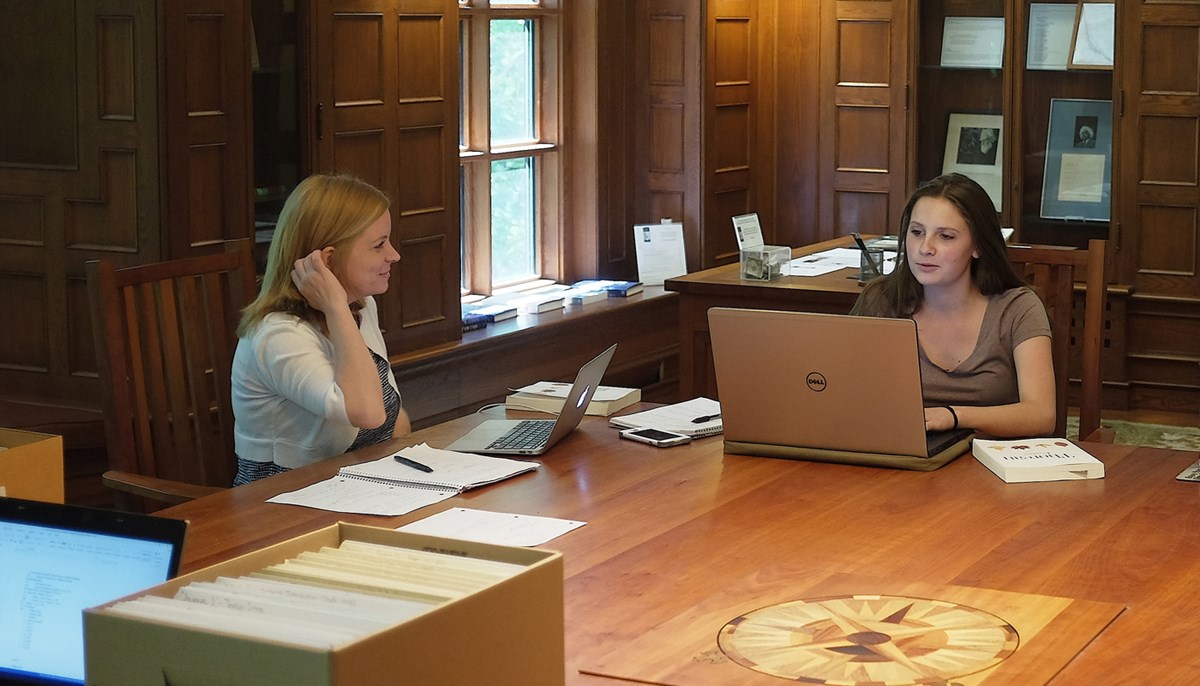 Lindsay Blount is not your typical undergraduate. An honors student in English literature with three minors – French, American literature and medieval and renaissance studies – she’s also a military spouse and the mother of two preschoolers.

Still, she’s found time to pursue a long-term partnership between the Honors College and the Walden Woods Project, inspired by an honors seminar on Henry David Thoreau she took in the fall of 2015, her first semester on campus.

The adjunct professor, Thomas Hersey, took the class on a field trip to the original site of Thoreau’s cabin on Walden Pond in Concord and the nearby Walden Woods Project, where the students talked with the curator of the Thoreau Institute Library, Jeffrey S. Cramer, a leading Thoreau scholar. Blount felt a powerful desire to return.

“It was the first time I took a class and when it ended, I thought, ‘What do I do now? I want to learn more,’” she says. “There was just something – Thoreau, or this place, or getting to work with these incredible scholars – that was really inspiring for me.”

So she offered to help Cramer with a statewide reading of Thoreau planned for the 2017 bicentennial of his birth and enlisted the help of fellow honors student Kale Connerty. Together they’re developing a Thoreau toolkit and reading guide for libraries across the state, while continuing to study Thoreau’s work with Hersey and Cramer.

“Great professors can change the entire trajectory of your life,” Blount says. “I never thought I’d want to get my Ph.D. in literature, but that’s where I’m headed right now.”

When Blount transferred to UMass Lowell after graduating from Salt Lake City Community College (because her husband, an Air Force captain, was transferred from Hill AFB to Hanscom AFB), she never expected to fall in love with Massachusetts or Thoreau. She’d hoped her husband would be posted somewhere warm – and she found Thoreau intimidating.

Yet Blount, who as a child would sneak out of bed to read Emily Dickinson’s poems under a hallway light, soon realized she’d landed in a veritable paradise for English majors: a state dotted with the historic homes of American literary lions from Dickinson and Thoreau to Edith Wharton, Herman Melville and Nathaniel Hawthorne. Concord alone boasts Thoreau’s cabin site and the former homes of Louisa May Alcott, author of “Little Women,” and Ralph Waldo Emerson, the Transcendentalist philosopher and Thoreau’s mentor and friend.

“I had no idea of the dream I was about to live in, that I get to go to all of these places and be living in history,” she says. “And to be able to sit at Walden Pond and read ‘Walden’ is incredibly amazing.”

Now Blount and Connerty are trying to form a permanent partnership between the Honors College and the Walden Woods Project, a resource for students researching anything from the Transcendentalists to the Underground Railroad or the roots of the environmental movement.

They drew up a proposal and took it to Honors College Dean Jim Canning, who seeded it by awarding them each a $1,000 fellowship. A third student, Erin Monahan, is scanning the institute’s images into a searchable database and more students are applying to study and volunteer there.

“Jim Canning is incredibly inspiring in that he encourages us to do these kinds of things,” Blount says. “We sat down with him and had a whole proposal ready and he said, ‘This is great. Do it!’ He wants students to go create things and leave some kind of legacy.”