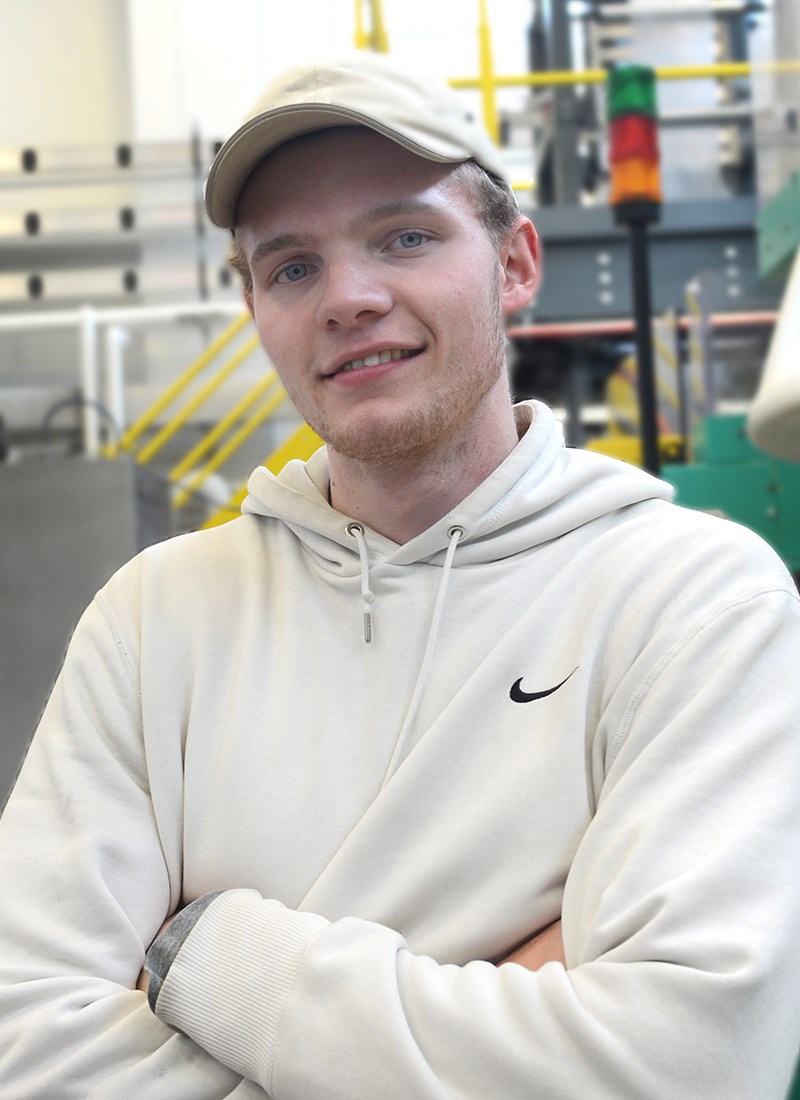 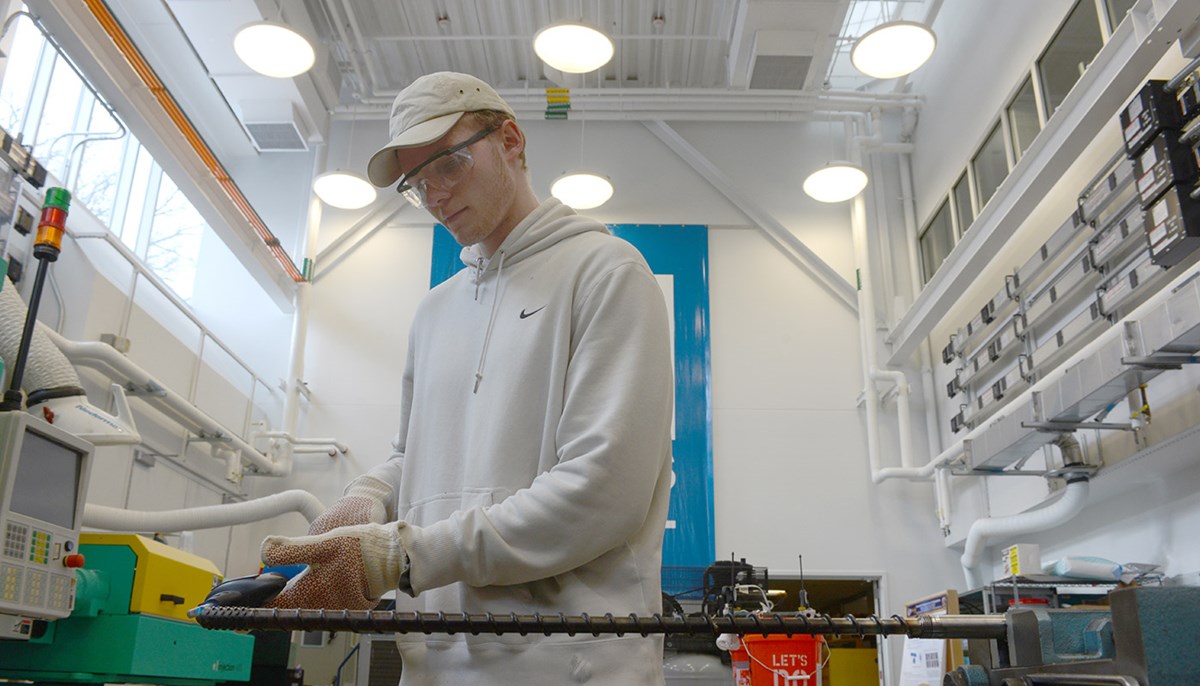 Kevin Hines is earning a degree in plastics engineering and when he enters the job market he’ll have professional experience in a discipline that few of his peers can claim: plumbing.

Hines is a licensed plumber’s apprentice, a trade he studied at Shawsheen Valley Technical High School in Billerica. After graduating No. 2 in his class, he decided to pursue engineering at UMass Lowell, the school of choice for many family members.

“My father and my aunts attended UMass Lowell and my grandfather and my cousin got their degrees here,” Hines says. “They all had good things to say.”

While maintaining a 3.8 GPA, Hines has continued working for the same plumbing and heating business he’s been with since high school. He works weekends, averaging about 10 hours a week during the school year, and during vacations.

The stereotype of a plumber fixing clogged drains belies the actual work, says Hines, a senior.

“We do a lot of roughing of new homes, putting in water supply and drainage distribution lines,” he explains.

His plumbing knowledge informs his approach to engineering, and vice versa.

“Out on the job I have cursed many engineers when I see way too many parts,” he says. He thinks he can bring a practitioner’s common-sense approach to his engineering work.

Hines sees many similarities between his two professions. A love of math and science attracted him to both fields. There’s also a lot of teamwork and problem-solving in both, two things he likes. The disciplines are demanding, but he likes to push himself.

“I shoot to do the best at everything I can,” he says.

Hines hopes to put his engineering skills to work designing state-of-the-art materials for the plumbing and heating industry. But first, he’s planning to get an advanced degree. He’s already been accepted into the Francis College of Engineering master’s program and plans to return to campus in the fall.

“I want to make a contribution to the industry,” he says.

“I like learning and taking on new things. It keeps life interesting,” he says.