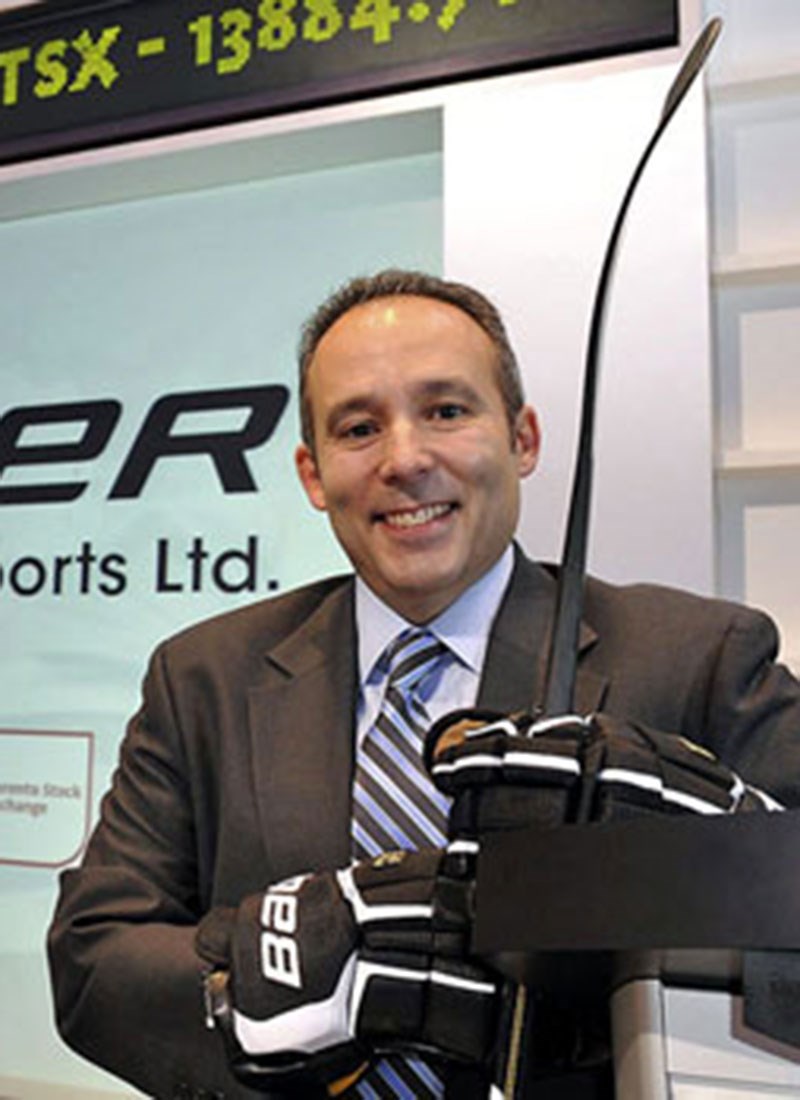 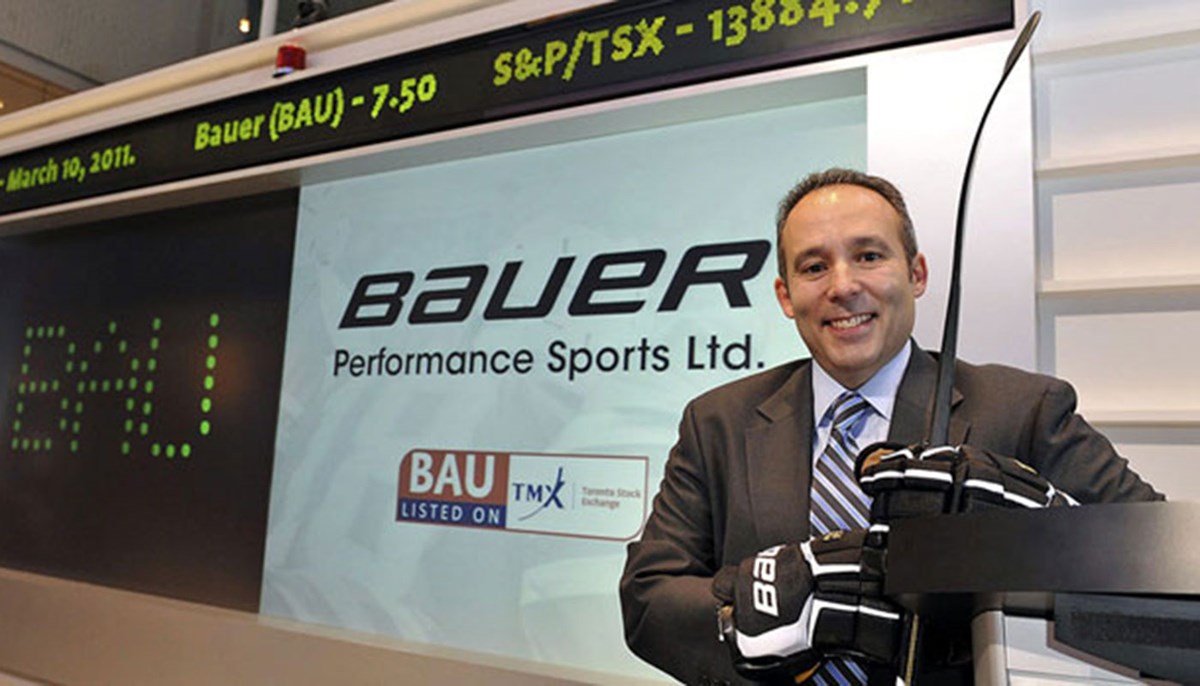 Most business success stories follow straightforward paths. Kevin Davis has gone about things a little differently. Drawn originally to the University of Lowell for its College of Engineering—Davis had hopes of being a nuclear engineer—rethought his options, switched his major to accounting and graduated in 1991.

For a while, he followed the accountant’s route with a job at Ernst and Young— during which he earned his CPA. But the field served as “a great foray into other things,” and before long he was with Gillette in Boston. A stint with Boston Scientific followed, which led in turn to several years’ involvement with the medical devices field.

In 2002, the call came from a recruiter. Bauer Performance Sports, the hockey-equipment company, was looking for a controller. And with that, came the end of Davis’ winding path.

Bauer’s name is known to anyone who’s ever played hockey. Roughly 70 percent of NHL pros today lace up Bauer skates. For the UMass Lowell River Hawks, who finished their 2012-13 season as the third-ranked Division I team in the U.S., the company is by far the number one source of equipment—skates, sticks, masks and pads.

“Bauer has been our equipment supplier for my years as head coach. They've continued to provide us with great service and quality products,” says Norm Bazin, River Hawks’ coach. “The company continues to excel under Davis' direction in this ultra-competitive hockey market."

In 2002, the year Davis joined Bauer as controller, its sales revenues, he says, were $220 million.

Two years later, he was elevated to chief financial officer, and two years after that to COO. Then, in 2008, parent-company Nike sold its stake in Bauer to a private-equity firm, Kohlberg and Co. Kohlberg not only retained Davis’s services but appointed him CEO.

“I was very fortunate they took a risk on me,” he would say later.

It was a risk well taken. By 2010, Bauer’s sales had risen to $272 million, and they’ve been climbing ever since—with a huge spike, to $387 million, last year. And in the meantime, says Davis, the company’s profits have tripled.

Much of this growth has come through nontraditional sources. Until not long after Davis took over, Bauer had been known almost entirely for its skates and hockey equipment. But the picture has been widening. In June of 2010, Bauer’s parent company acquired Maverick Sports, a New York-based manufacturer of lacrosse equipment. The acquisition of Cascade Helmets, a maker of lacrosse helmets, followed.

“Lacrosse is the fastest-growing team sport in North America. The game is similar to hockey in concept, as is the technology. So we see it as a natural fit,” Davis says.

Earlier this year, the company announced news of yet another acquisition: Combat Sports, a leading designer of composite baseball and softball bats, hockey sticks and lacrosse shafts.

As its business focus widens, the company’s fortunes continue to rise. “Mr. Davis has helped guide [Bauer] to the most successful financial position in its history, including record financial results for the past two years,” BusinessWeek reported in its 2012 executive profile.

Given its string of recent successes, Bauer is often mentioned as a takeover target itself. Davis hasn’t much to say about such rumors. For the foreseeable future, he says, “We just plan to leverage our efforts across all the sports we’re part of, and try to be number one anywhere we compete.”