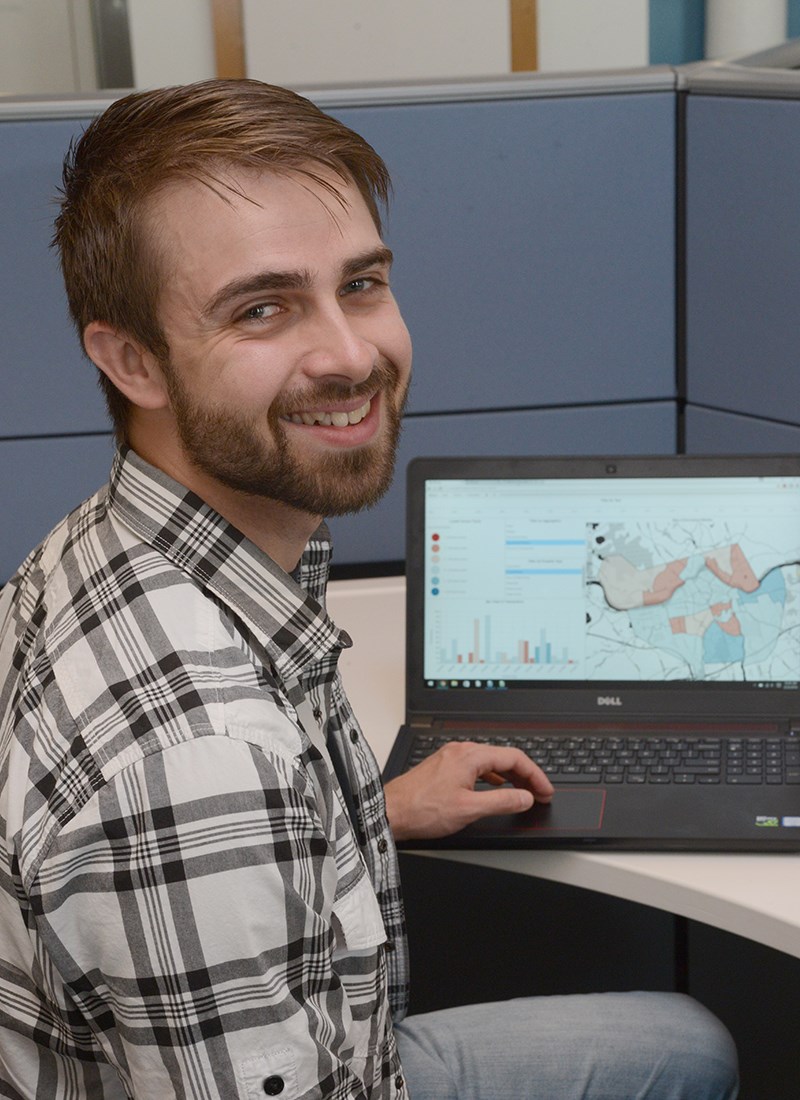 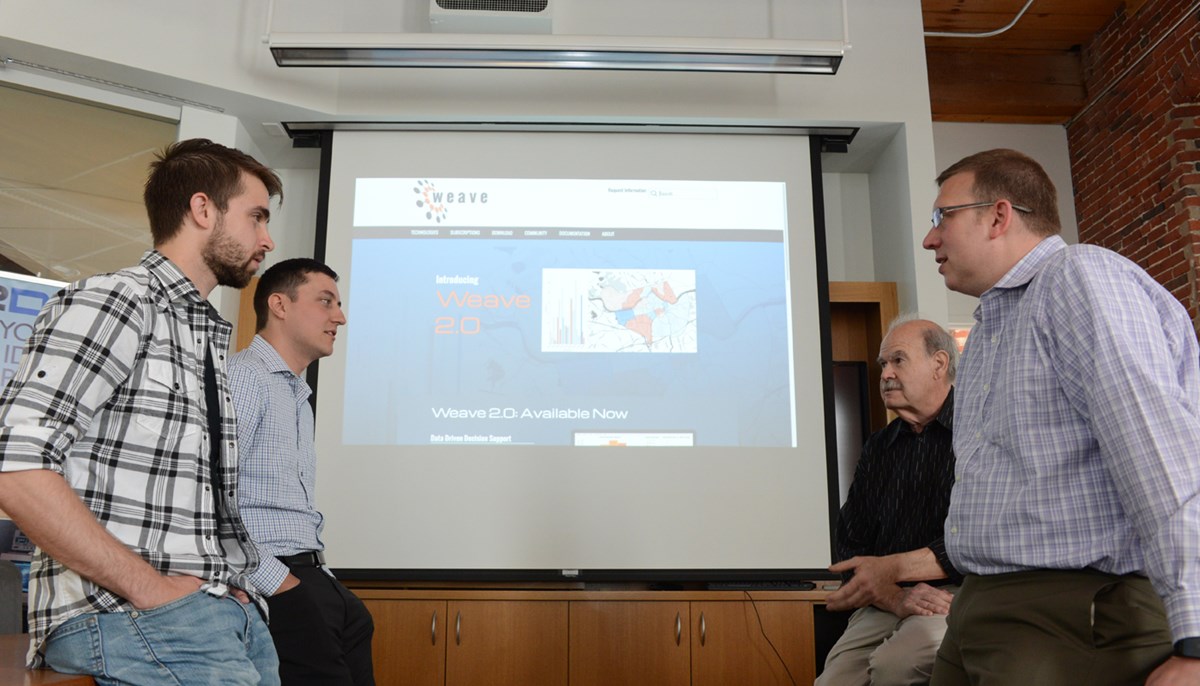 Kevin Copson sees education, housing and economic policy like moving pieces on a chessboard: If you deploy them right, you can “win” by achieving lower crime rates and a better urban environment.

“I learned through criminal justice about how much education and economic policy can influence crime rates, and I really fell in love with that broader perspective,” says Copson, a self-described “chess geek” from Boston who earned his undergraduate degree in criminal justice in 2012 and just graduated with his M.A. in peace and conflict studies, with a focus on policy analysis.

“Having that field marshal perspective, you’re looking at a system and how different parts of it interplay, and that’s really powerful,” he says.

He wants everyone to see what he sees. That’s why, just before graduating, he got a job working for Weave Visual Analytics, a startup at the university’s business incubator in Wannalancit Mills that supports and develops Weave – free, open-source software created by university researchers that allows users to analyze and visualize all kinds of data on maps, charts and graphs. More than 200,000 users across the globe have downloaded it.

“It’s democratization of data. It’s available to anyone, and you’re putting data in a format that can be understood by many people, leading to smarter policy and better evaluations,” he says. “It can be used for business intelligence, or by government agencies and nonprofits, or even just individuals who have a blog and want to visualize the data they track.”

Copson got a glimpse of Weave’s potential as an undergraduate. When he decided to return for his master’s, he told Work Environment and Global Studies Assoc. Prof. William Mass he wanted to learn “that Weave stuff.” Mass gave him a few simple projects to try and later hired Copson as his research assistant. In that role, he worked with the Lowell Data Common, which helps nonprofits, researchers and government agencies share data to answer policy questions and target their resources effectively.

“I’m really proud of learning how to use this because I have no computer training – I was a social scientist,” he says. “It was really great to get some analytical skills, engage with the community and interface with different nonprofits, supporting their grant applications.”

Copson took on a major Weave project for a class in sustainable housing development with Prof. David Turcotte, who required students to work 35 hours for a local nonprofit. Copson decided to look at Project Genesis, the Merrimack Valley Housing Partnership’s 10-hour class for first-time, low-income homebuyers.

He cross-referenced data about Project Genesis graduates with the Lowell Registry of Deeds’ database of housing sales and foreclosures from 2000 to 2015 – and found that Project Genesis grads were three times less likely to suffer foreclosure than the city average, even though half were women and three-quarters were minorities, two groups that typically have higher-than-average foreclosure rate,s.

“It’s really a testament to the quality and performance of the program,” he says.

For his master’s thesis, Copson used the same Registry of Deeds database to study the effect of university growth on Lowell’s housing market – and found that the university’s robust expansion has increased housing values in the Acre neighborhood compared to the city average, while housing values in Back Central – a neighborhood with similar demographics but only one university building, the iHub – have declined. His project is on the front page of Weave Visual Analytics’ website.

In February, he approached the company’s CEO about a job. Now he’s the North American sales representative and also helps with marketing Weave 2.0, which launched in April. For a kid who came up through the Boston public schools and tough economic times, it’s a great job that lets him pursue his passion, he says. “It’s almost a dream come true getting to work with the company, because we can now support Weave and make sure that it spreads,” he says.

Ultimately, Copson plans to earn a Ph.D. in regional planning and become a professor. But for now he’s content to learn more about Weave, continue volunteering with the Merrimack Valley Housing Partnership and train as a boxer at the West End Gym.

“I took some time off between undergrad and grad school, and I found that very helpful. I plan on doing the same before applying to Ph.D. programs,” he says. “And I plan on seeing where things go with the company. There is great opportunity here.”