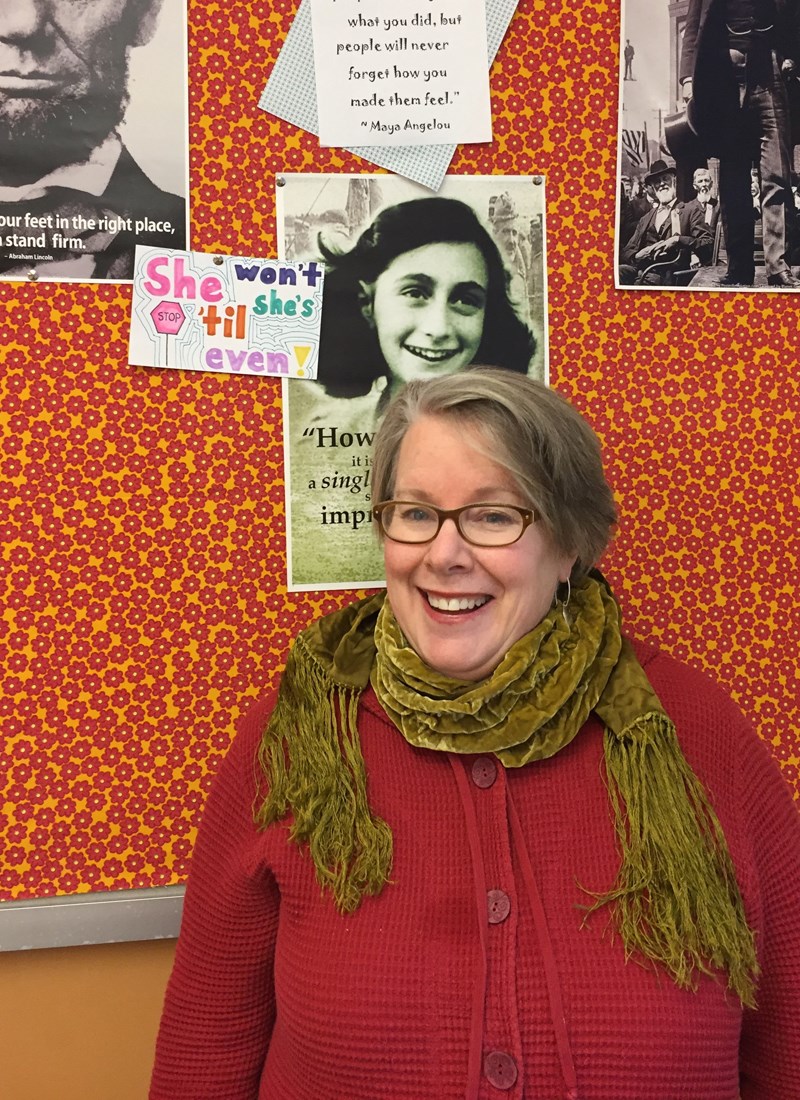 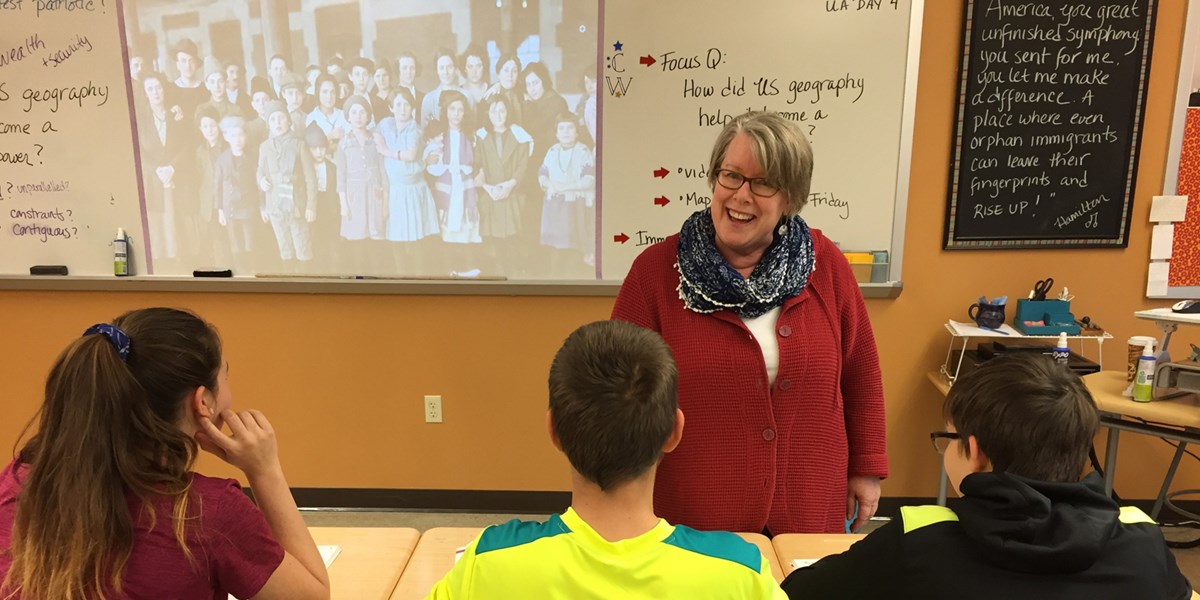 What can you do with a history degree? A lot, according to food historian, teacher and author Kathleen Curtin, ’86.

Curtin says three key experiences in college showed her how to put history into practice.

Curtin’s most significant legacy was almost an accident: She started the Model United Nations program, which has grown into one of the university’s great success stories.

Curtin, a commuter from Chelmsford who worked part-time as History Department secretary, opened a letter in fall 1984 inviting the university to send a team to Harvard’s Model United Nations competition in early 1985.

She took the letter to “The Clubhouse,” the basement office in Coburn Hall shared by History Prof. Dean Bergeron and Political Science Prof. Joyce Denning, and recruited several students, telling them she thought role-playing diplomats from other countries would be fun. Bergeron agreed to advise them.

Curtin doesn’t remember much about that first competition, but in fall 1985, the team represented Iraq at the Model League of Arab States in Washington, D.C. She says it was an amazing experience, full of firsts.

“It was my first plane ride and my first time in Washington, D.C.,” she says. “And we won the top prize for best team our first time out.”

She graduated the following spring and went to Oregon for graduate school to become a history teacher. After a year, she came home to stay with her grandfather in Plymouth for the summer. While looking for a job, she spotted a newspaper ad for a “museum teacher” at Plimoth Plantation. She didn’t get the teaching job, but the living history museum offered her a job role-playing a colonist.

“I thought, ‘Do I want to wear 30 pounds of wool in the 90-degree heat?’ But I saw the program and I was hooked. For a historian, to be on a site where it feels like you’ve dropped into the 17th century was very appealing,” she says.

The rest, as they say, is history. Curtin stayed at Plimoth Plantation for 22 years, directing educational programs, becoming a food historian and co-authoring “Giving Thanks: Thanksgiving Recipes and History, from Pilgrims to Pumpkin Pie.”

A few years ago, she decided to change careers. She completed her teaching degree at the University of New Hampshire and now teaches U.S. history to eighth-graders at Portsmouth (N.H.) Middle School, using many of the immersive, hands-on techniques she learned here. Her students meet presidential candidates campaigning for the New Hampshire primaries, do oral histories and eat Spam when studying World War II.

“It’s experiential history, and UMass Lowell gave me that. I don’t know if I would have been afforded that opportunity at any other place,” she says. “We weren’t just doing something as an exercise; there was always a purpose.

In a 6- to 8-quart Dutch oven, combine 6 cups of the milk, the molasses, sugar, butter, ginger, cinnamon and nutmeg. Place the pot over medium heat. Scald the milk by heating it until it is just about to boil. The milk will appear curdled; this is normal.

In a medium bowl, mix together the remaining 1 cup of milk and the cornmeal. Whisk this mixture into the Dutch oven.

Bring the mixture to a simmer and cook, stirring constantly with a silicone spatula, for 20 minutes or until nicely thickened. Be certain to scrape the bottom of the pot to prevent sticking.

Transfer the mixture to the prepared baking dish. Bake for 90 minutes, or until the pudding is set at the center. It may puff during baking, but will flatten while cooling. Let cool slightly before serving with whipped cream or vanilla ice cream.