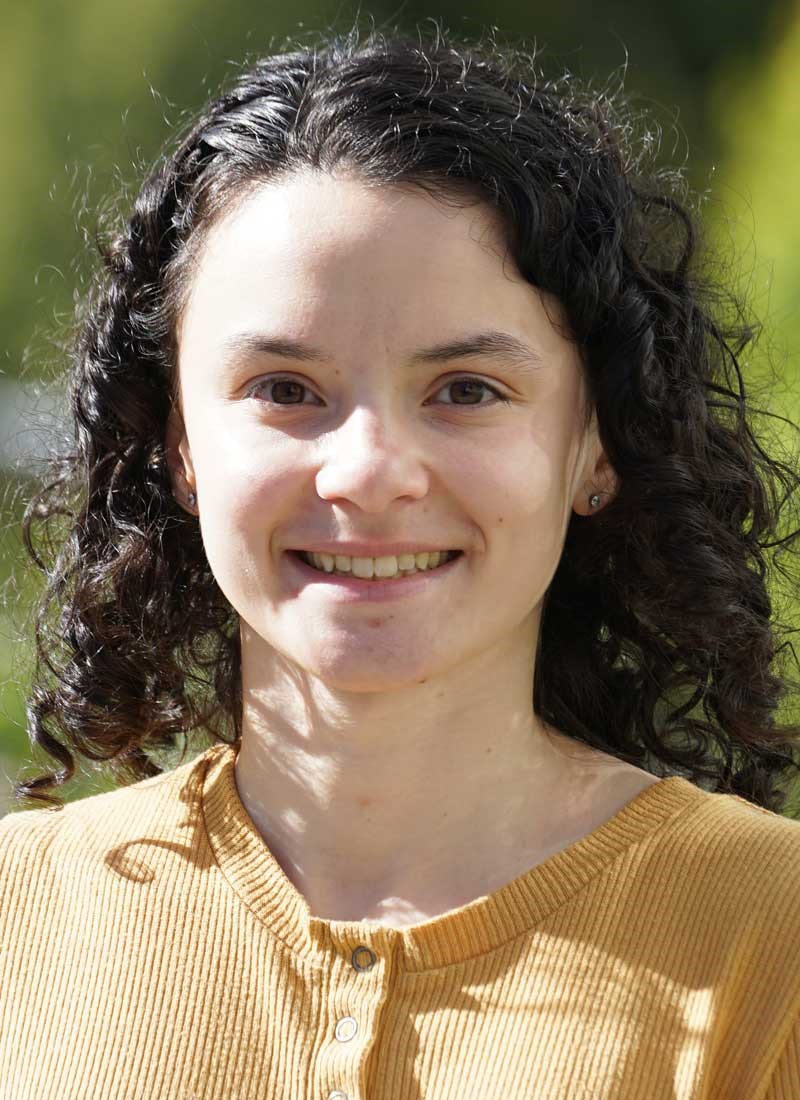 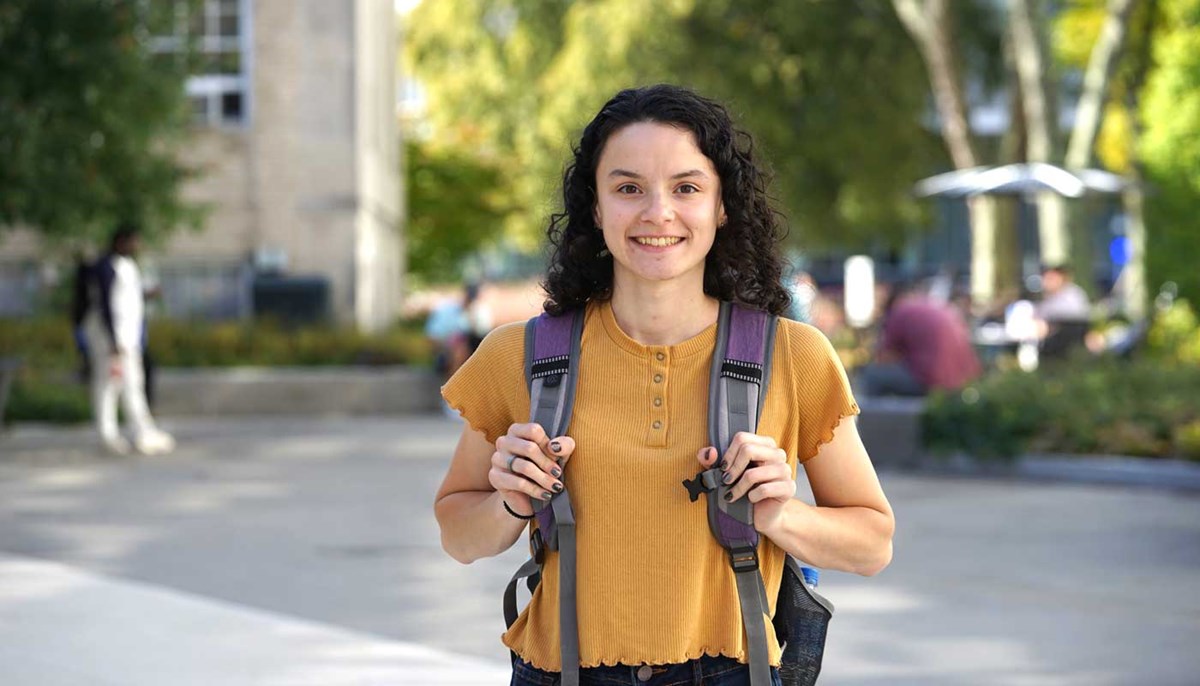 “Every time one of us gets a scholarship, we text our parents to let them know,” says Provost, who was happy to tell them that she received the Kennedy Family Merit Scholarship heading into her senior year at UML.

“My parents are both schoolteachers, so there’s only so much they can do,” says Provost, a native of Dudley, Massachusetts, who has also received the John and Abigail Adams Scholarship and a Dean’s Scholarship from the Kennedy College of Sciences.

“Scholarships have been really helpful. They let me focus more on school,” she says.

Provost chose UMass Lowell with finances in mind (“Being a state school, it was good money-wise”) — and for its size.

“I liked it because it’s in a city, but it’s not big like Boston,” she says. “Being from a small town, I felt like this was just outside my comfort zone. And I was right.”

Provost has also worked throughout college to help pay her way. She is a grader for the Math Department and during the COVID-19 pandemic she picked up a remote job as a data processor for the Office of Research Administration.

“It’s not super mathy — it’s more of an analyst thing. But it’s interesting and I’m learning a lot,” says Provost, who works eight hours a week from the comfort of her dorm room.

As a sophomore, Provost landed a work-study job with the Jumpstart Early Education Program through the School of Education. Twice a week, she would visit a preschool in Lowell and read to children.

“I love working with kids,” says Provost, who babysits “a lot” when she is back home. “Jumpstart was a good break for me. I got to explore Lowell a little, and for a couple of hours, I didn’t have to think about my big math classes.”

Given her love for working with kids, Provost can see herself following in her parents’ footsteps and becoming a teacher.

“I could probably do that, but I want to explore what else is out there,” says Provost, who is leaning toward work that involves statistics. “Statistics are thrown around so often on the news, so it’s cool to understand where that’s coming from.”

She also served as president of the UML chapter of Active Minds, a national nonprofit organization that supports mental health awareness and education for young adults.

“College in general can be stressful — finding time to do everything and having to worry about money,” says Provost, who is grateful for the scholarships that have lightened her financial load.

“Every little bit helps,” she says.