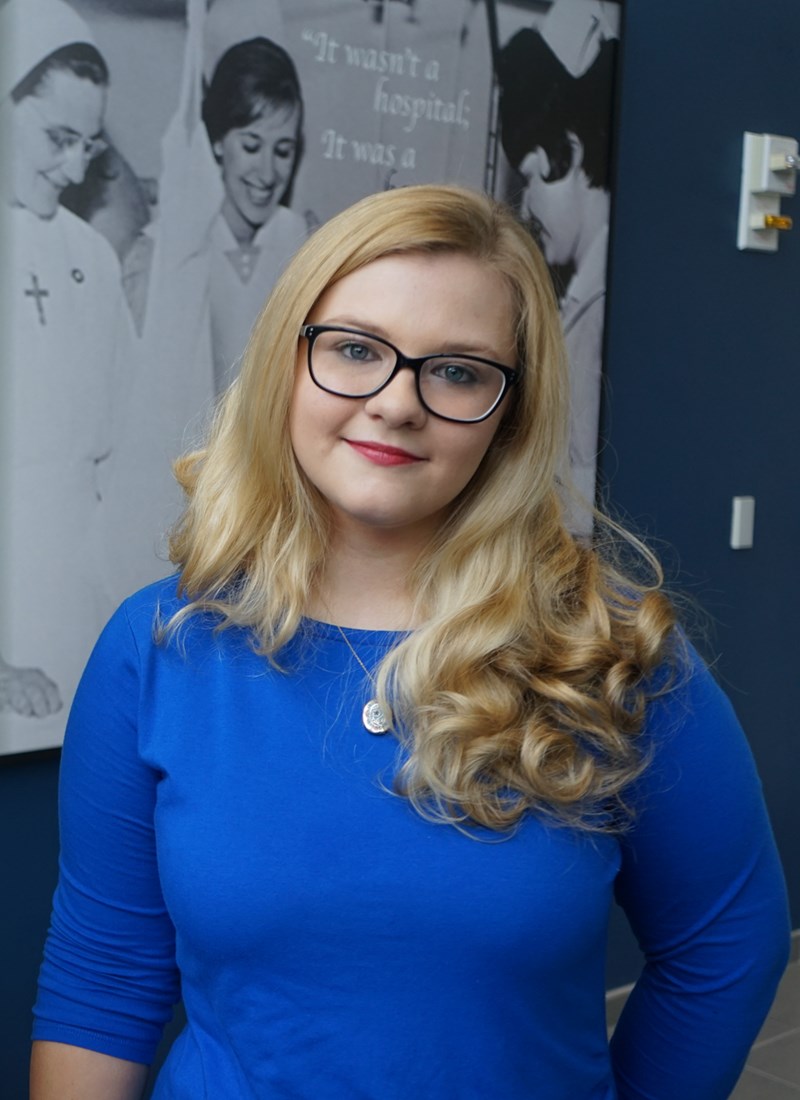 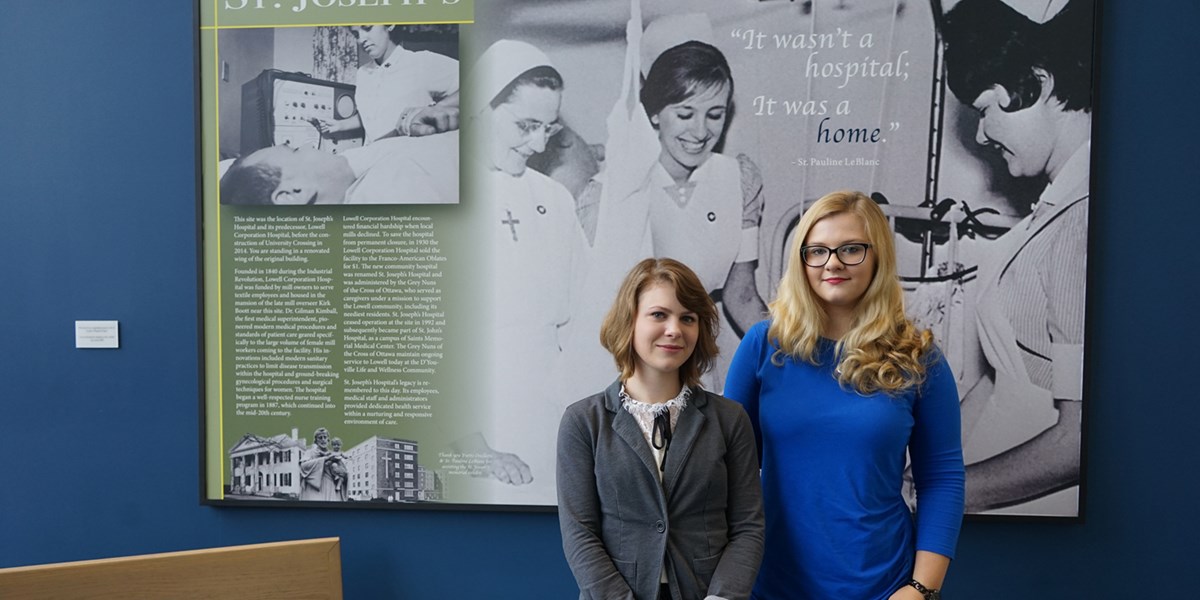 Kady Phelps ‘17 came to UMass Lowell to major in education, but history caught up with her.

She earned her associate degree in elementary education from Middlesex Community College, then enrolled at UML to finish her bachelor’s degree. She wanted to be a teacher.

“I still thought I was going to do elementary education,” says Phelps. “I was taking electives, and I ended up with more history credits than education. So I became an accidental history major, but I think that subconsciously, it’s what I always wanted to do.”

She has now completed her master’s degree in history.

Growing up, Phelps spent a lot of time with her cousin, Kerri Morales, who teaches history at Lowell High School. The passion rubbed off.

“Everything is history,” says Phelps, whose work on an exhibit about Portuguese immigration to Lowell earned her (and co-researcher Molly Mahoney) the Excellence in Students Cultural Heritage Award from the Lowell National Historical Park and Lowell Heritage Partnership. In their research for the exhibit – “From the Atlantic Islands to Lowell, Massachusetts: Continuity and Change in the Mill City’s Portuguese Community” – Phelps and Mahoney discovered a letter that may have prompted then-Senator John F. Kennedy to co-sponsor the Azorean Refugee Act of 1958, which brought 12,000 people to the U.S., most to New England and places like Lowell.

And Phelps found some family history during her dogged research. Her great-grandparents Manuel and Hilda Pestana were among the earliest immigrants to Lowell from the Madeira islands. Phelps’ grandfather, Henry Pestana, worked as a warp rigger in the mills and was something of a historian himself: He contributed a chapter to a local history book, and later helped officials at the Boott Cotton Mills Museum get the looms running again. He was a prolific local photographer as well.

Phelps worked with University Professor Robert Forrant after he emailed students looking for help creating the exhibit. One of her greatest resources has been Forrant, whose guidance has pushed and encouraged Phelps to discover her abilities as a researcher.

“Kady approached the work on the exhibit as a practicing historian would,” says Forrant. “She integrated the academic skills she’s accumulated in our bachelor’s and master’s history programs and sought to determine how to convey complex stories into an exhibit format.”

She has since completed another exhibit, this one about St. Joseph’s Hospital, which was located where University Crossing now stands.

“I feel really blessed to be in Massachusetts and here in Lowell in particular, with all the history,” says Phelps.

Looking ahead, she’d like to work in a museum or teach history.

“As long as I’m doing something with history, I’d be happy,” she says.