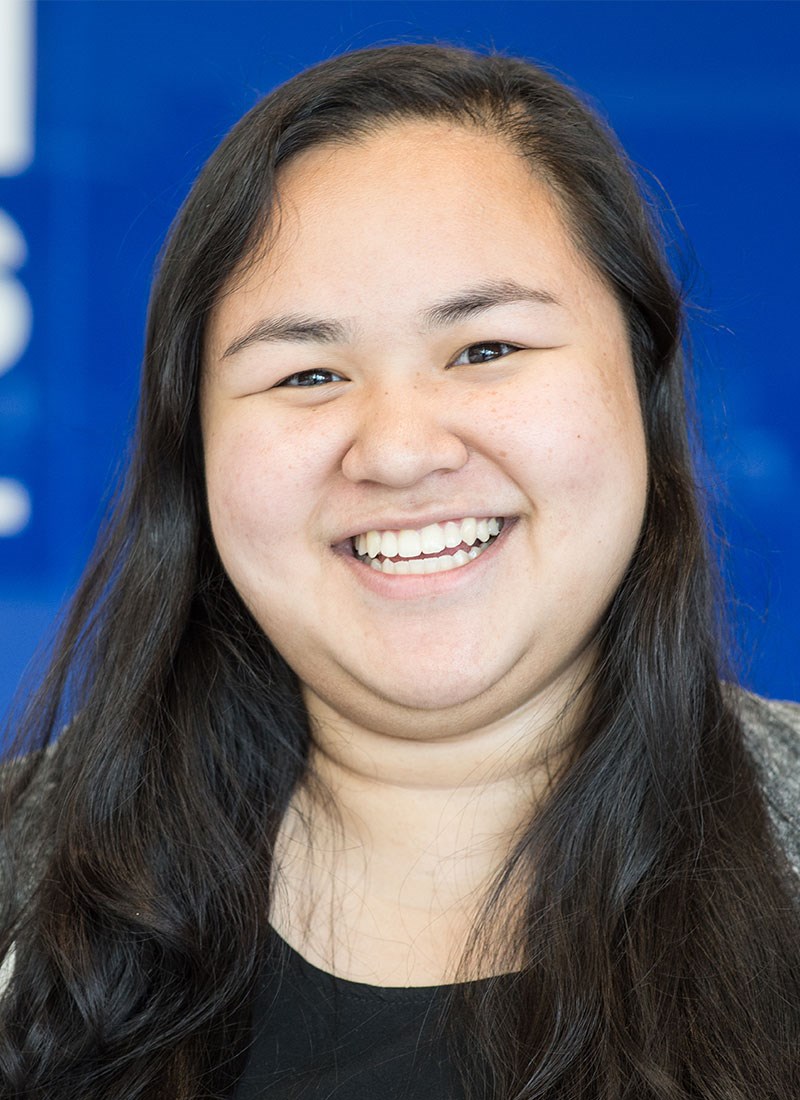 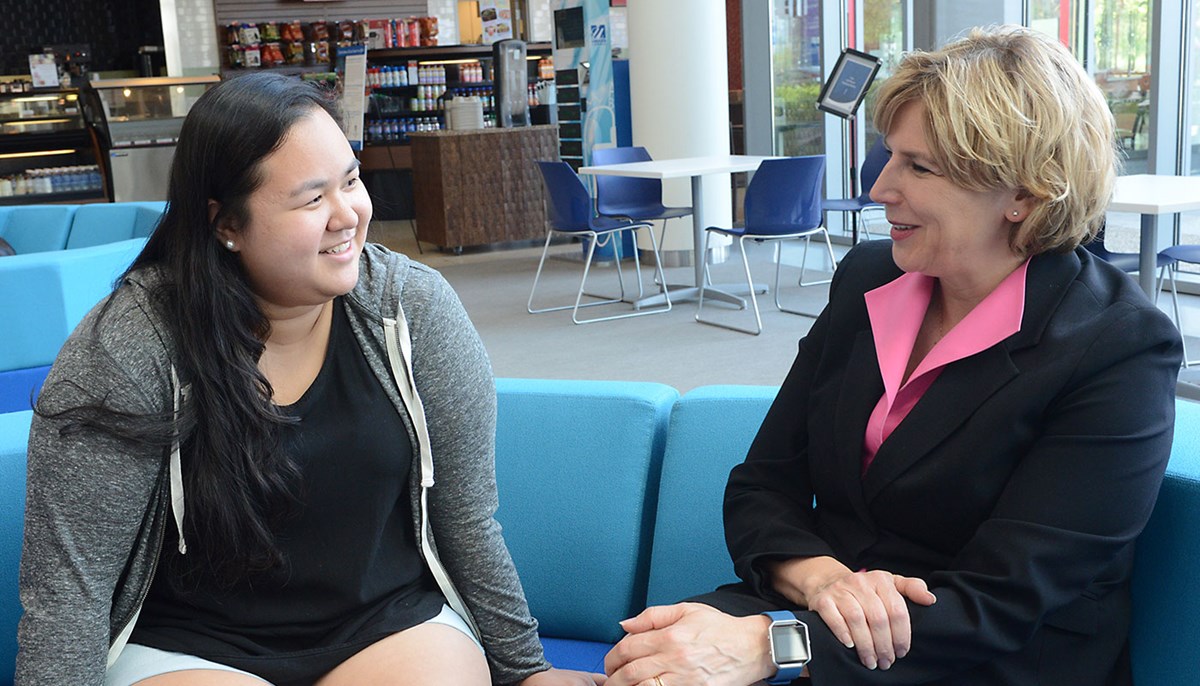 Julie Lun surmounted many obstacles to become the first member of her Cambodian American family to go to college.

She did it with encouragement and support from mentors in the Gear Up program at Lowell High School, which helps first-generation students from low-income families prepare for college, and a scholarship and work study jobs that cover nearly all her expenses at UMass Lowell.

“It’s because of Gear Up that I didn’t get into trouble,” she says. “It made me focus on my education, to want to better myself despite my situation at home.”

That situation included a mother whose own education was stunted because she grew up in a refugee camp in Thailand, after her family fled the Cambodian genocide. Then, starting when she was in middle school, Lun had to care for her younger sisters while her mom and stepdad worked second-shift jobs. That made it hard to do homework.

Lun persevered, though. Her senior year of high school, she applied to colleges and got a jump on her studies by taking 12 credits at Middlesex Community College. She thought she was well-prepared for UMass Lowell’s tough nursing program. She wasn’t.

“I decided to live on campus so I wouldn’t have so many family responsibilities,” she says. “But with my newfound freedom, I didn’t focus on school as much as I should have my first semester and I was removed from the nursing program.”

At risk of losing her scholarship, Lun worked with an adviser who helped her get back on track. She took some general education classes in her second semester, including a couple in criminal justice – and she decided to major in it, because what she was learning about the school-to-prison pipeline resonated with much of what she saw growing up. By the second semester of sophomore year, she was making the dean’s list.

Lun says she’s learned that a lot of first-generation college students end up dropping out, in part because no one in their families understands how to prepare or support them through the rigors of college life.

“My mom was traditional in her culture and she doesn’t understand American culture,” Lun says. “It would be easy to blame her for the responsibilities she thrust on me without considering how I would be affected, but I don’t blame her because I know she thought she was doing what was best for our family.”

Now Lun wants to advocate for Gear Up and other programs that divert children and teens from making poor choices – and provide alternatives. She’s started as campus site director for Let’s Get Ready, helping low-income students transition to campus life by connecting them with resources and providing support and encouragement.

“You can be different than your circumstances,” Lun says. “You can be a leader. You can change things. You don’t have to be stuck in the situation and you can do anything you want, as long as you take advantage of your education.”