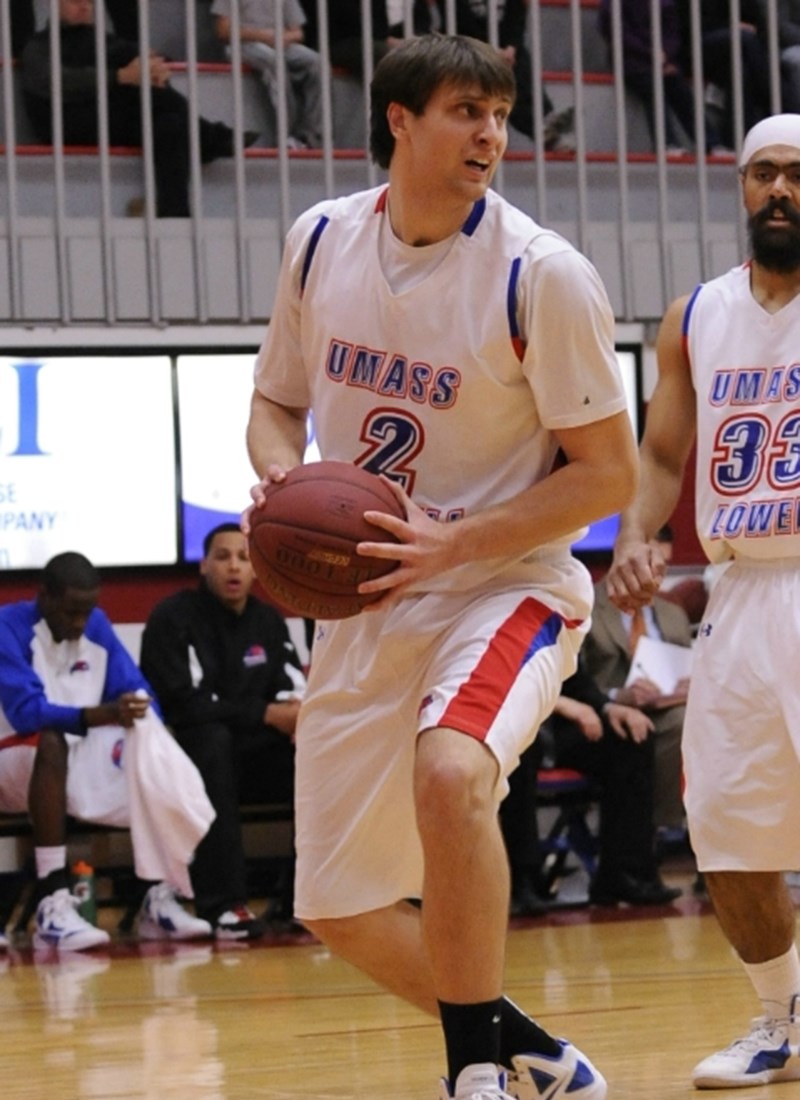 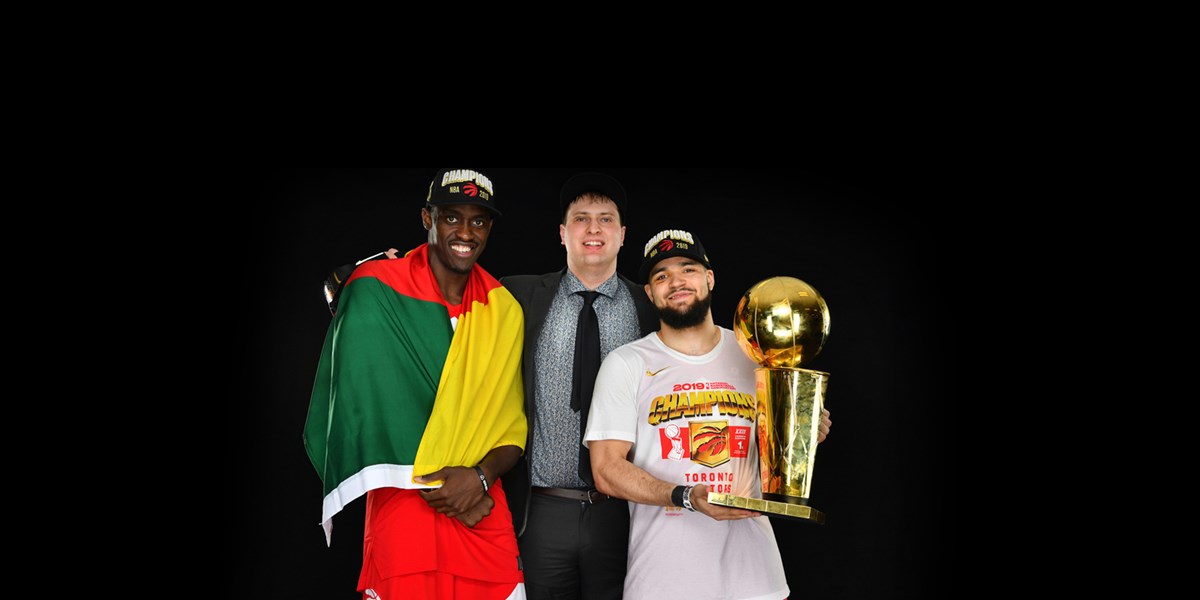 Winning an NBA Championship is every young basketball player's ultimate dream. That dream came true for one UMass Lowell alum, as John Corbacio '12 became the first River Hawk to win an NBA title on June 13 as a member of the Toronto Raptors' coaching staff.

"The championship to me is a representation of everyone on staff – players, coaches, front office – being superstars in their roles, being the best that they could be and staying locked in," Corbacio.

Corbacio was a member of the UMass Lowell men's basketball team from 2008-12, and despite battling a tough injury, was respected as a team leader both on and off the floor. He helped the River Hawks win their third and final Northeast 10 Conference Championship in 2010 before the program eventually made the move to Division I.

Although he has only been out of college a few years, the Stoney Creek, Ontario native has made the most of every opportunity so far, working his way toward his current role as Video Coordinator/Player Development Coach with the 2019 NBA Champs.

"I'm responsible for helping the coaches with game planning, creating the edits to show the team and overall scouting of opponents," Corbacio explained about his position. "On top of that, I work out with the players, so last summer I spent over two months in San Diego with Kawhi Leonard. During the year on game days, I cut the game film live and pull clips to show the team at halftime."

After a year on the coaching staff at his alma mater, Corbacio moved back to Canada to be a high school coach where Duke's RJ Barrett was one of his first players. He then joined the Raptors' organization in what was then the NBA D-League with the Raptors 905. His success earned him a head coaching position with a professional team in the Thailand Basketball League that he would guide to a championship at just 26 years old.

"All the players were older than me and they didn't speak English except for my two American imports, so I had to learn how to get my message across with a calm demeanor despite the communication barriers," he commented. "I can't put into words how valuable that experience was."

Corbacio enjoyed a successful first year in the NBA, as the Raptors clinched the top seed in the Eastern Conference for the first time in franchise history. He credited his strong relationships with Head Coach Nick Nurse, the rest of the staff and the players for helping him get promoted for the 2018-19 season. And according to Corbacio, he realized early on that the team was in for a special year.

Corbacio explained how much pride he had in helping to bring the NBA Championship home to a country that has not had a professional title since 1993. However, he added that he has just as much pride when it comes to his time as a River Hawk.

"Whenever someone asks me where I played, I say it with so much pride that I went to UMass Lowell," Corbacio said happily.

And when asked if he felt his time at UMass Lowell helped him get to where he is today, Corbacio's short answer was simply "no doubt." "

Being a freshman, I remember waking up at 6 a.m., walking to and from Fox Hall every day, and getting on the bus going to classes no matter what. It was a tough, hardworking town and university, and doing that every day really set me up for this. My coaches and professors taught me time management and prioritizing. Coach Greg Herenda and Coach Marc Kuntz prepared me well in terms of pushing me and teaching me to work hard to get to the top."

In addition to his coaches at UMass Lowell, Corbacio also thanked his teammates and parents for everything they did to help him achieve his dreams.

"Robbie Walton, Kerry Weldon, Ali Kanaan, our manager Will Baron, they all really helped me out and those were the best days of my life. From working together every day, and still keeping in touch, I really love my teammates," Corbacio said.

As for what's next, Corbacio hopes to become an NBA Head Coach one day, but for now, he's staying the course.

"I'll do whatever it takes to get there, but you can't look that far ahead," he concluded. "I just want to win – be the best I can be in the role I'm given and let the blocks build and build. That's how I approach it."