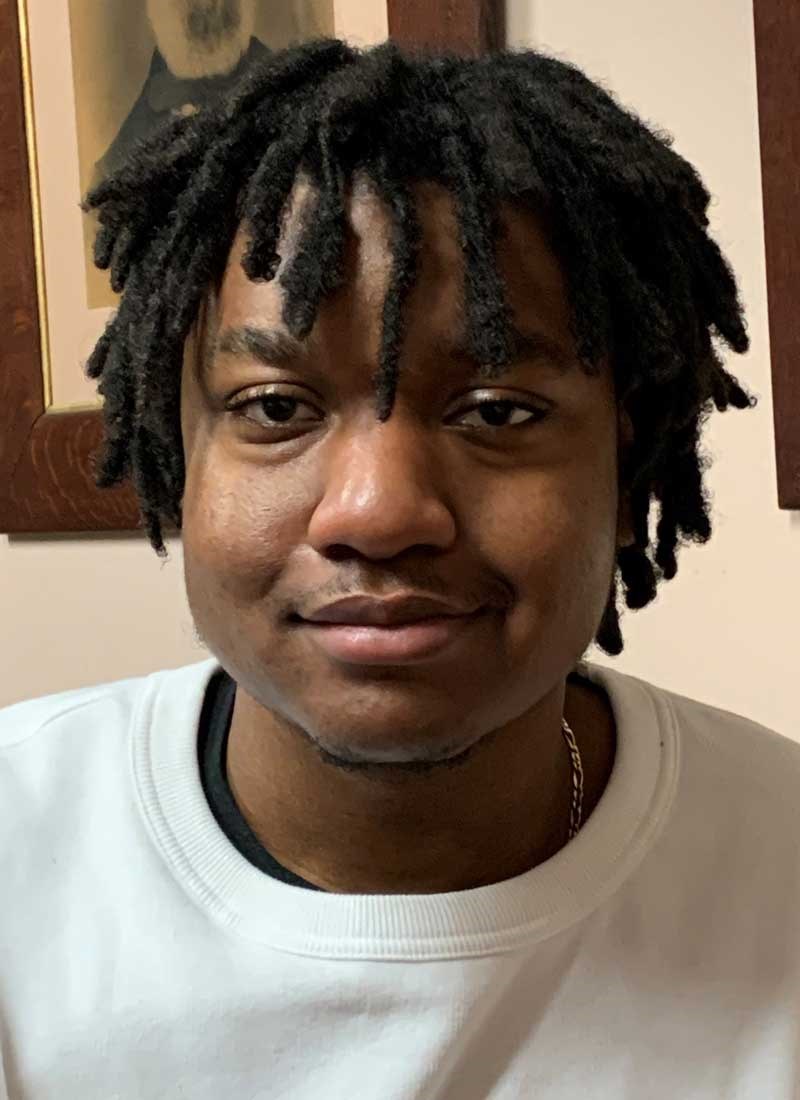 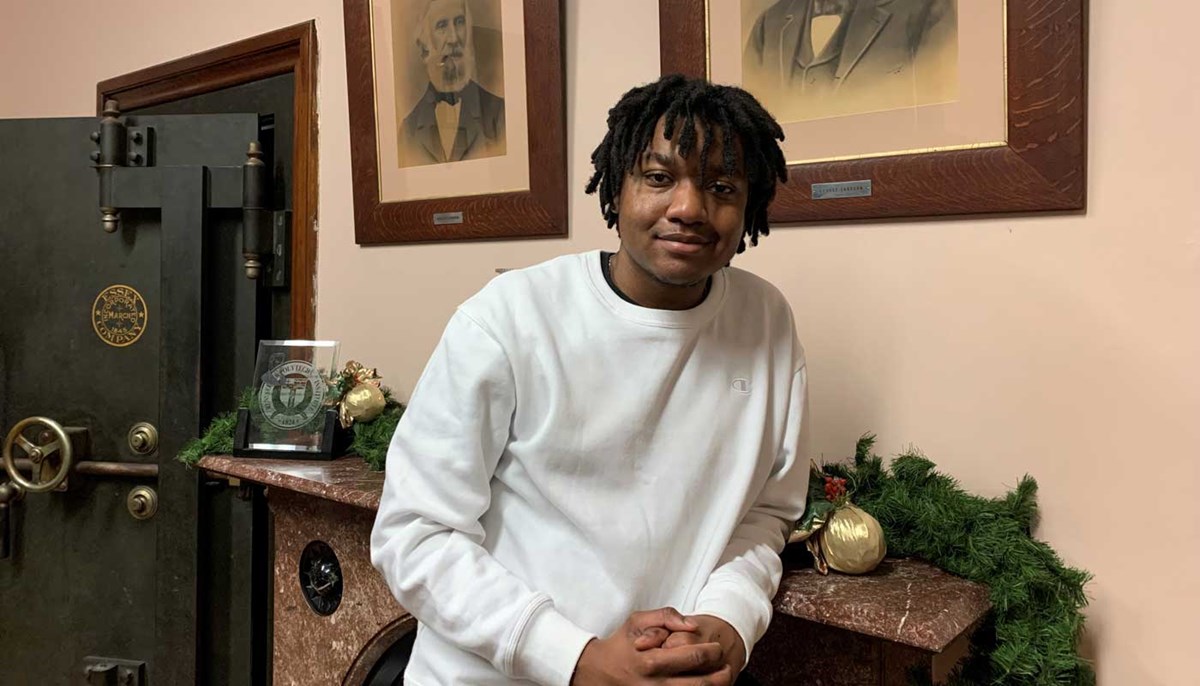 During a directed study spent working in the archives of the Lawrence History Center, history major Jaden Belizaire learned a lot – including how to read cursive in old, handwritten letters.

He also learned that he enjoys archival research, and now plans to pursue it as a career.

“I’m in a quiet setting, just doing my work and learning about my subject and about the period,” he says. “I worked with really great people here, too.”

Belizaire says his interest in history was encouraged by his teachers at the Catholic schools he attended while growing up in Lawrence, Massachusetts. But the Civil Rights Movement and other struggles for racial equality, such as the Haitian Revolution, were often glossed over or minimized in his classes and texts. He realized he’d have to learn more about them on his own.

“I really liked my teachers, even though history was a little sugar-coated – and it was the one subject I was always good at,” he says. “I’m always reading history books ... because I’ve always wanted to know why we are where we are right now.”

Belizaire’s professors at UMass Lowell, including his advisor, Prof. Robert Forrant, a labor and immigration historian, and Prof. Chad Montrie, who specializes in U.S. environmental and social history, helped him delve more deeply into his areas of interest.

Then, in spring 2021, he took a class in archival methods with History Department chair Prof. Christopher Carlsmith. Although the class was mostly virtual due to the COVID-19 pandemic, students also met in small groups at the Lawrence History Center, where they worked on organizing the records of the Essex County Jail, including arrest reports from the 1912 Bread and Roses strike.

“My experience in that class made me look more into archiving as a viable career,” he says.

Belizaire asked Forrant’s advice, and Forrant, who is on the board of the Lawrence History Center, encouraged him to keep working there through a directed study course for credit.

With guidance from Collections Manager Amita Kiley, Belizaire decided to catalog the belongings and papers of Everett Marshall, a Lawrence native who became a famed singer and actor in variety shows, operettas and radio from the 1920s to the ’50s.

Although Marshall was born in Lawrence, he didn’t spend much time in the city. Still, Belizaire says, it was fascinating to read through, summarize and catalog the fan mail Marshall received, as well as his personal letters, publicity photos, programs, sheet music and more.

“It was pretty interesting to see how a celebrity received fan love at the time,” Belizaire says, citing letters from women gushing over Marshall’s singing and acting.

Belizaire, who finished his classes in December, is working full time as a behavioral health technician at an addiction treatment center while he applies to graduate schools for archiving. He also plans to continue as a volunteer at the Lawrence History Center.

He says it’s important to diversify the field of history so that in future, the history books won’t whitewash or overlook the stories of marginalized people and groups.

And history, he says, holds lessons for today.

“When I see injustices, I wonder why some countries and some groups of people are struggling so much,” he says. “In history, I’m hoping we can find some answers to help.”