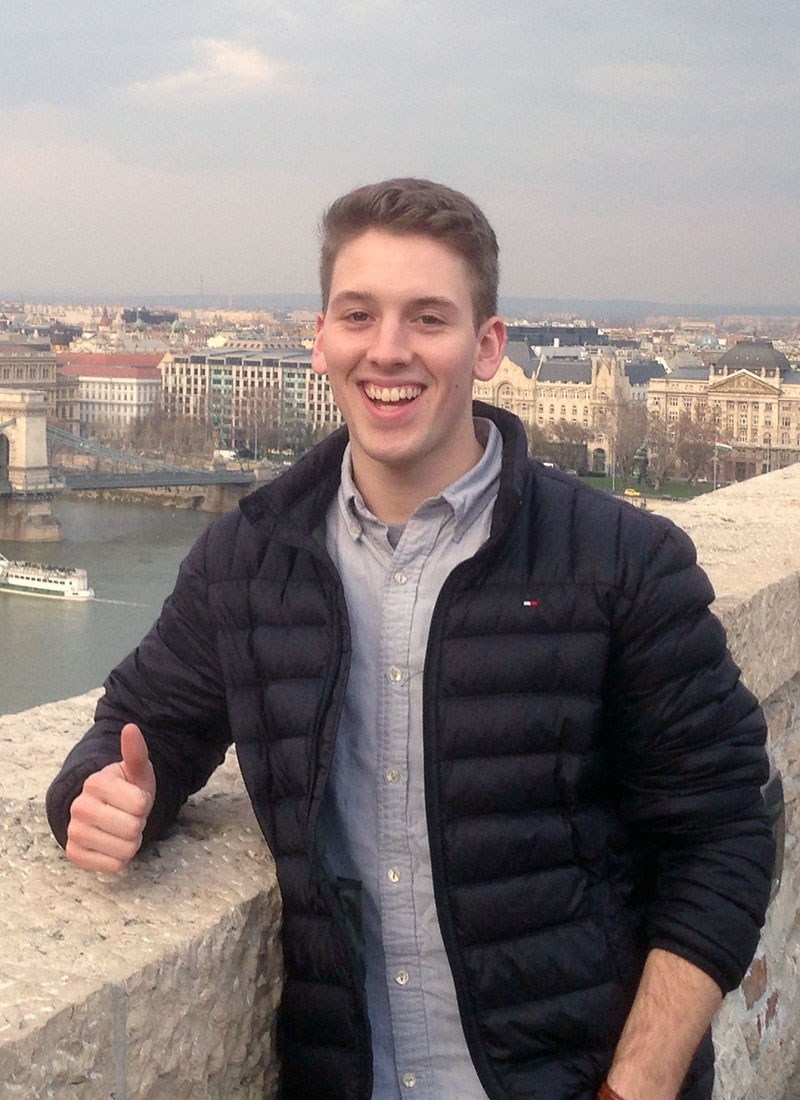 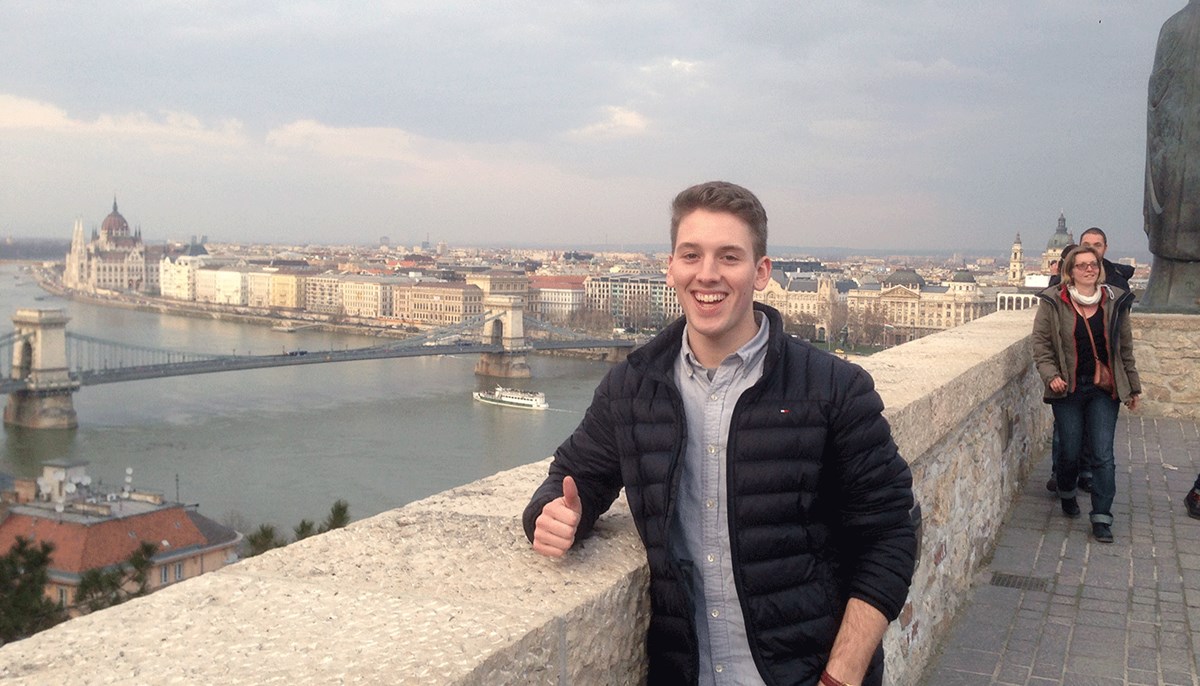 After a “life-changing” semester of studies at the Czech Technical University in Prague, what could electrical engineering major Gregory Ensom do for an encore?

How about staying in Prague for an additional two months to intern in the research and development department at Valeo, a multinational automotive supplier that specializes in technology and innovation?

“I can’t begin to express how rewarding this experience was,” says Ensom, a senior from Uxbridge. “You hear the cliché that people find themselves when studying abroad, and it really is true. Through my experience I have grown to be a more motivated and confident person.”

Ensom was one of three Francis College of Engineering students to participate in the newly created student exchange program at CTU last spring; the others were Connor MacBain and Elie Daou.

They were joined in the Czech Republic by Prof. Martin Margala of the Department of Electrical and Computer Engineering, who was on a one-year fellowship in Prague after being awarded the Fulbright-Czech Technical University Distinguished Chair in Electrical Engineering.

“I learned so much, not only about electrical engineering at CTU, but also about different cultures and history all over Europe,” says Ensom, who spent most of his weekends exploring a dozen different countries around the Czech Republic, including Germany, Hungary and Croatia.

At the conclusion of the spring semester, Ensom and MacBain met with Margala and CTU’s Dean of Electrical Engineering, Pavel Ripka, to discuss staying in Prague for internships. In late June they each landed interviews at Valeo, where they were hired for two-month internships.

Ensom worked in the R&D department that is developing the software and hardware that goes into assisted-driving and autonomous cars for companies such as Volkswagen and Renault.

“I actually got to go to our test track and record data while testing the systems,” Ensom says. “I was able to work with several software, hardware and electrical engineers and see firsthand what their responsibilities and projects consist of. Being able to be actively involved in these major projects for the company allowed me to attain so much knowledge that really only comes with having the in-field experience.”