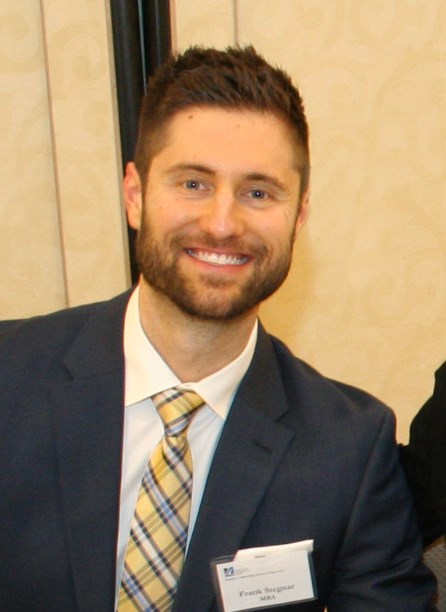 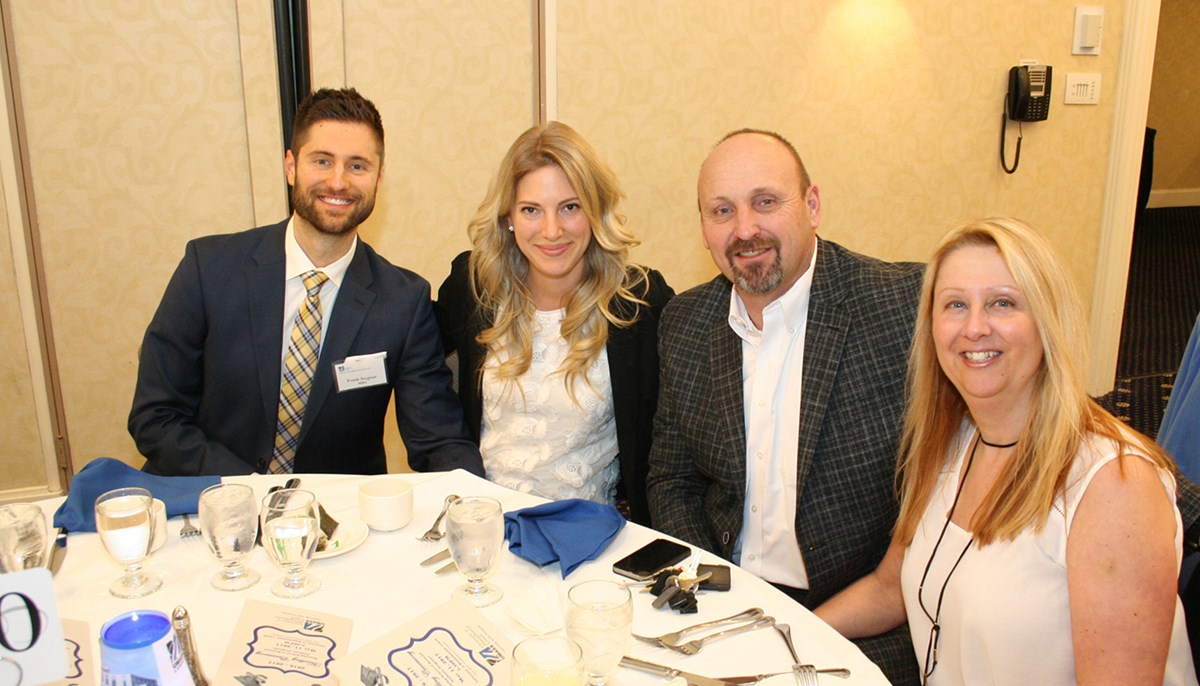 For alum Frank Stegnar, returning to the Manning School of Business for his MBA was a “natural move.”

“I already had a good comfort level with all of the first-rate professors, and I had a very strong connection to the school,” says Stegnar, who earned his bachelor’s of business administration (with concentrations in finance and management) from the Manning School in 2010. Along the way, the Toronto native also played forward for the River Hawks hockey team and was a perennial member of the Hockey East All-Academic Team.

After graduating, Stegnar returned to Toronto and began working at Lehigh Hanson, one of the largest construction materials companies in North America. Stegnar quickly rose to sales director for the entire province of Ontario, which meant he would have to earn his MBA online if he wanted it to come from UMass Lowell.

“I was a little hesitant about taking online courses at first, to be honest, but I felt confident in the school, the program and the professors,” says Stegnar, whose faith was rewarded this spring when he returned to campus to accept his MBA.

At the Manning School graduate program’s annual Hooding Ceremony, Stegnar was one of three students to be presented with the Gary Mucica Outstanding MBA Student Award, given to those with a perfect 4.0 GPA. For Stegnar, the award was icing on the cake for a Commencement weekend trip to Lowell that he made with his parents, Frank and Angelique, and his fiancée, Kara Greenwood.

“It was a crazy year and a half to say the least, but thankfully, with the support of my family, I made it,” says Stegnar, who completed his MBA in November but didn’t want to miss the opportunity to walk at Commencement.

Now that he has his MBA, Stegnar looks forward to bigger and better things at Lehigh Hanson.

“They have me pegged for positions of growth, and I want to be prepared for those positions when they come calling,” he says. “The MBA has prepared me well in excess of where I will need to be in my next move, so I have the confidence now and the preparedness to move into that role and succeed. I’m forever grateful to UML for providing that opportunity.”

As for hockey, Stegnar still plays twice a week in a highly competitive league made up of ex-professional players from the Toronto area.

“I can’t abandon the game, but I wish I could fit in more,” says the 6-foot-4 Stegnar, who adds that he’s happy to see the success of the River Hawk program in recent years.

“I’m very happy I can support my alma mater as much as I can,” he says. “Even though I’m in another country, I still try to come down three times a year just to watch hockey. Norm Bazin is a terrific coach and it’s a very exciting program.”