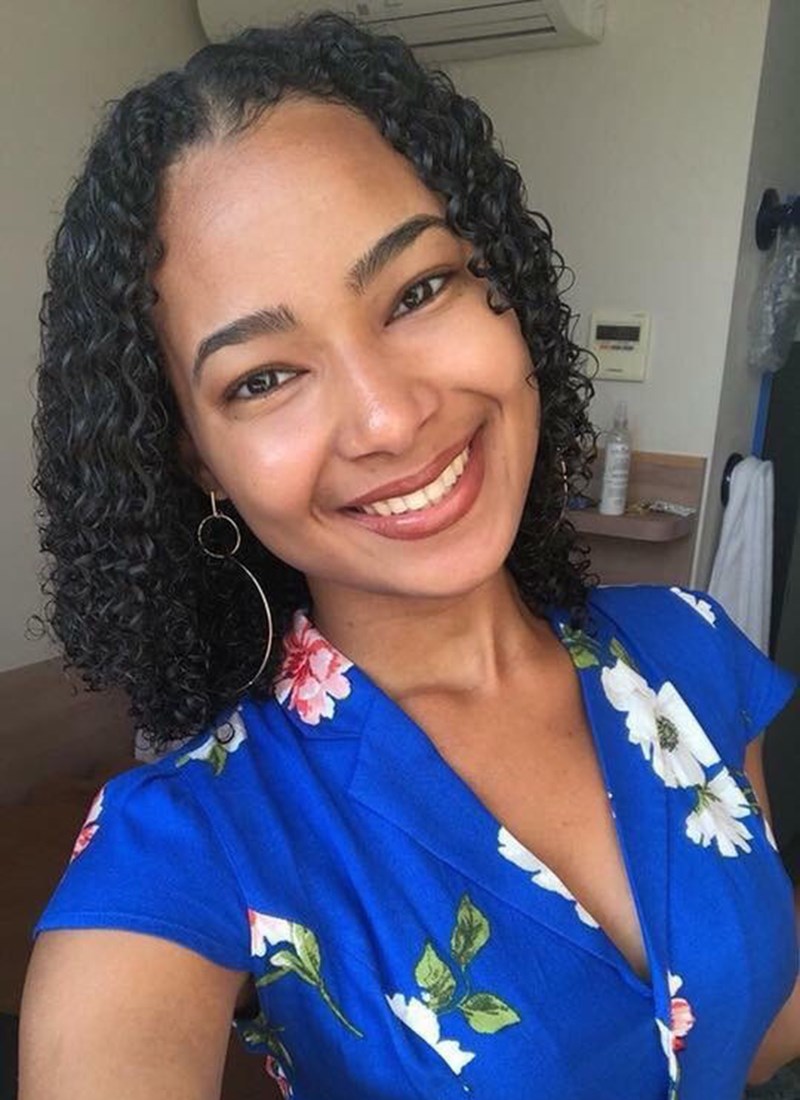 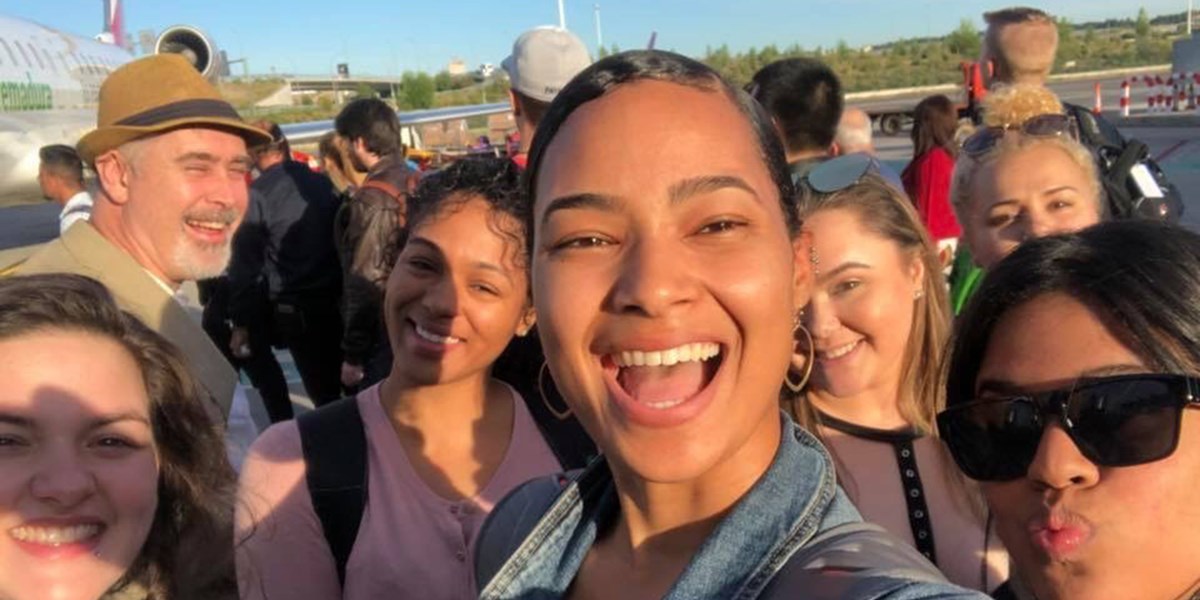 Franchesca Arias’ world is expanding exponentially, thanks to a study abroad program.
Arias, an Honors College student who is double-majoring in sociology and Spanish, spent six weeks in Valencia, Spain, during the summer of 2018, studying Castilian Spanish – the official language of Spain – at the University of Valencia and interning with a community research organization.
Before going abroad, she took two required sociology courses taught by Assoc. Teaching Prof. Thomas Piñeros-Shields, who also led the summer program.
In Valencia, Arias expected to improve her formal Spanish. She got so much more.
“Study abroad is one of those life-changing experiences. When you’re immersed in the culture, you realize you have the ability to learn every single aspect of that culture and what they’re going through socially and politically,” she says.
During her internship, Arias worked on a project in which researchers posed as customers at a mall to see whether they were treated differently when they spoke Castilian versus Valencian, a dialect of Catalán, which is a regional language. They were. The project resonated with her own childhood in Lawrence.
Arias, a first-generation college student who grew up speaking Dominican Spanish at home, is a graduate of and former volunteer mentor for Si, Se Puede, a nonprofit youth development program in Lawrence.
She began college as a physical education major at a state university in New Hampshire. But she soon became more interested in studying the experiences of children like herself and the ones she worked with at Si, Se Puede, many of whom are English language learners from immigrant families.
Arias transferred to UMass Lowell to take advantage of its diverse urban campus and the Sociology Department. She considered a career in social work before deciding on education.
“I wrote a research paper about kids growing up in Lawrence and not seeing teachers of color. I never saw someone who looked like me who was a teacher,” she says. “I want to be an educator, and I want teaching Spanish as an option. Working with youth, a lot of sociology concepts play a role.”
She also found a part-time job as a project mentor for Aaron’s Presents, a nonprofit that mentors and supports children who have ideas for projects to help their communities. In that role, she works with children at Si, Se Puede and the Coalition for a Better Acre in Lowell, which also serves many children from refugee and immigrant families.
For her honors thesis, Arias plans to research whether children who carry out community projects with help from Aaron’s Presents perform better academically than their peers. Piñeros-Shields has agreed to be her advisor.
In the meantime, Arias, a junior, is living at home, saving her money and seeking more scholarships to study abroad. She hopes to spend part of this summer in the honors study abroad program in San Sebastian, Spain. San Sebastian is in the Basque region, which, like Catalonia, has struggled to preserve its traditional language and culture.
“I want to learn more about all the different kinds of Spanish and the cultures that come along with them,” Arias says.