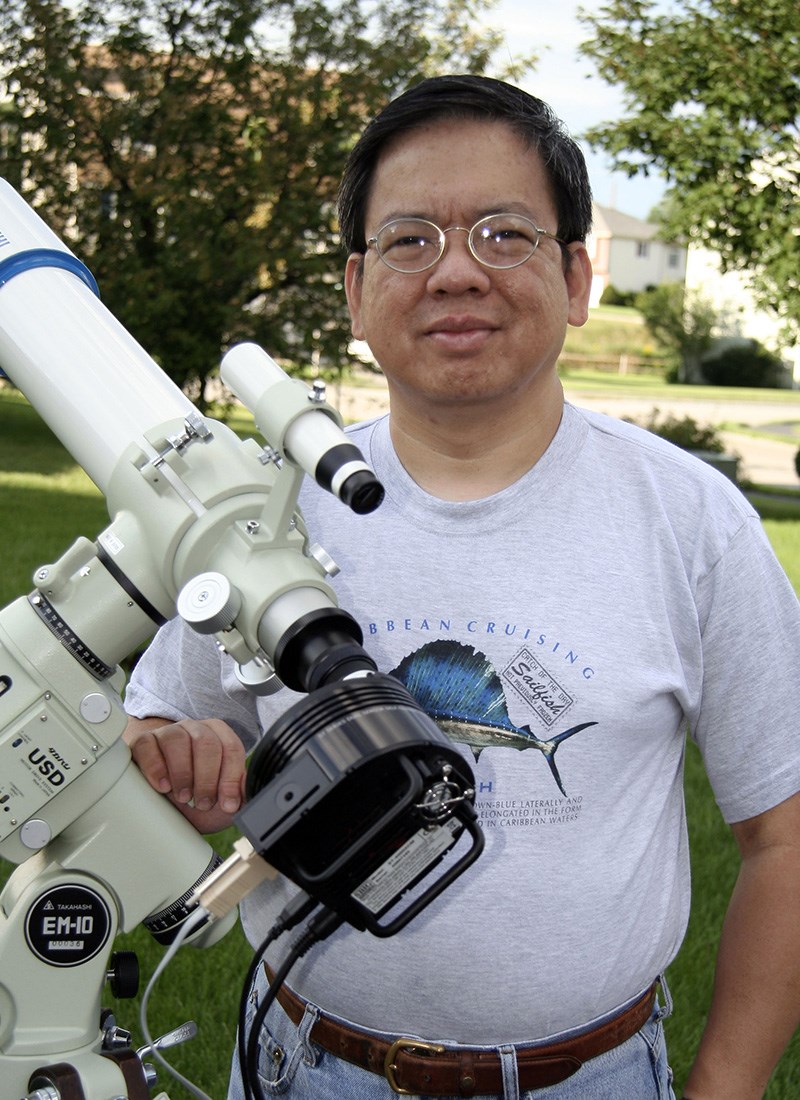 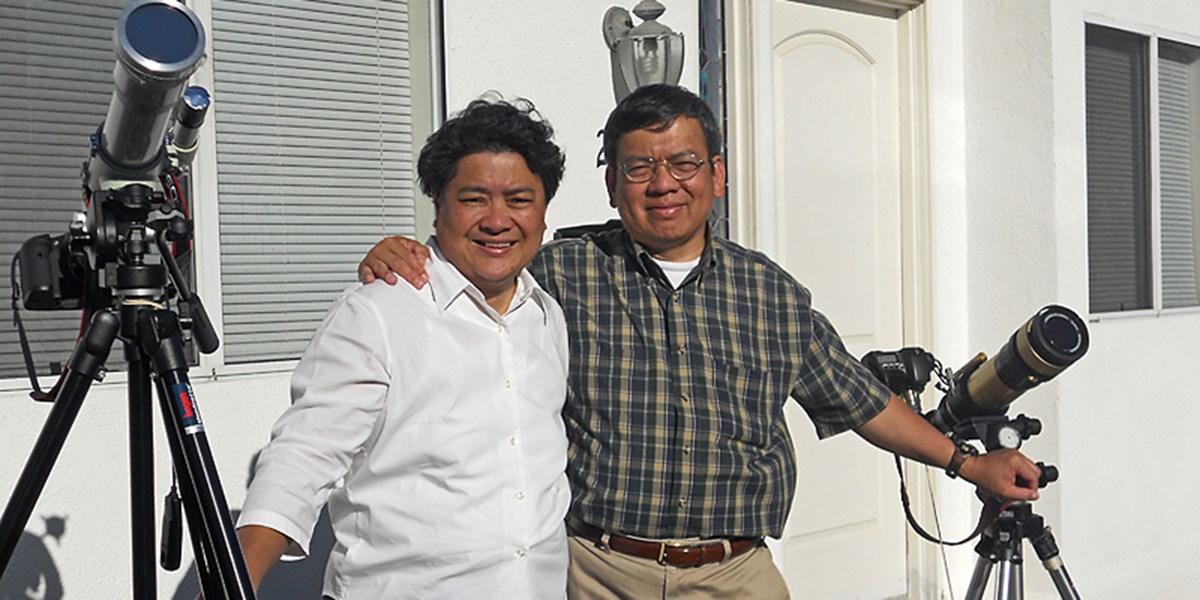 As the senior science and technology writer for UMass Lowell’s Office of University Relations, Edwin Aguirre stays on top of new research on campus. He then helps communicate that work to the outside world in the hopes of helping people better understand and appreciate it.

“It’s my job to take a highly technical subject, whether it’s about surface plasmons, ballistic electrons or atomic force microscopy, and weave it into a story that readers would find appealing,” he says.

Prior to coming to UMass Lowell, Aguirre was an associate editor for Sky & Telescope magazine. The position at the university appealed to him for the broad range of subjects he gets to learn and write about.

“Working at UMass Lowell gives me the opportunity to meet and interact with our talented faculty and students and get to know firsthand the fascinating research they are conducting,” says Aguirre. “I learn new things practically every day.”

Aguirre and his wife, Imelda Joson, are veteran astrophotographers and eclipse chasers, having organized, led and/or participated in solar eclipse expeditions in North America, Asia and Africa.

“We let Mother Nature plan our vacations,” says Aguirre. “We go where the Moon’s shadow takes us.”

So far, their passion for chasing eclipses has taken Aguirre and Joson to the total solar eclipses in June 1983 in Java, Indonesia; March 1988 in Mindanao, Philippines; July 1991 in Baja California, Mexico; February 1998 in the Caribbean Sea; August 1999 in Harput, Turkey; June 2001 in Lusaka, Zambia; March 2006 in El Salloum, Egypt; July 2009 in Jiaxing, China and July 2010 in  Tatakoto, French Polynesia, as well as to the annular solar eclipses in May 1994 in New Mexico and May 2012 in Arizona.

“For the total eclipse on August 21 of this year, we’ll be photographing it from a site near Riverton, Wyoming,” says Aguirre. “If the weather cooperates that day, we will get to see our 10th total solar eclipse so we’re very excited!”