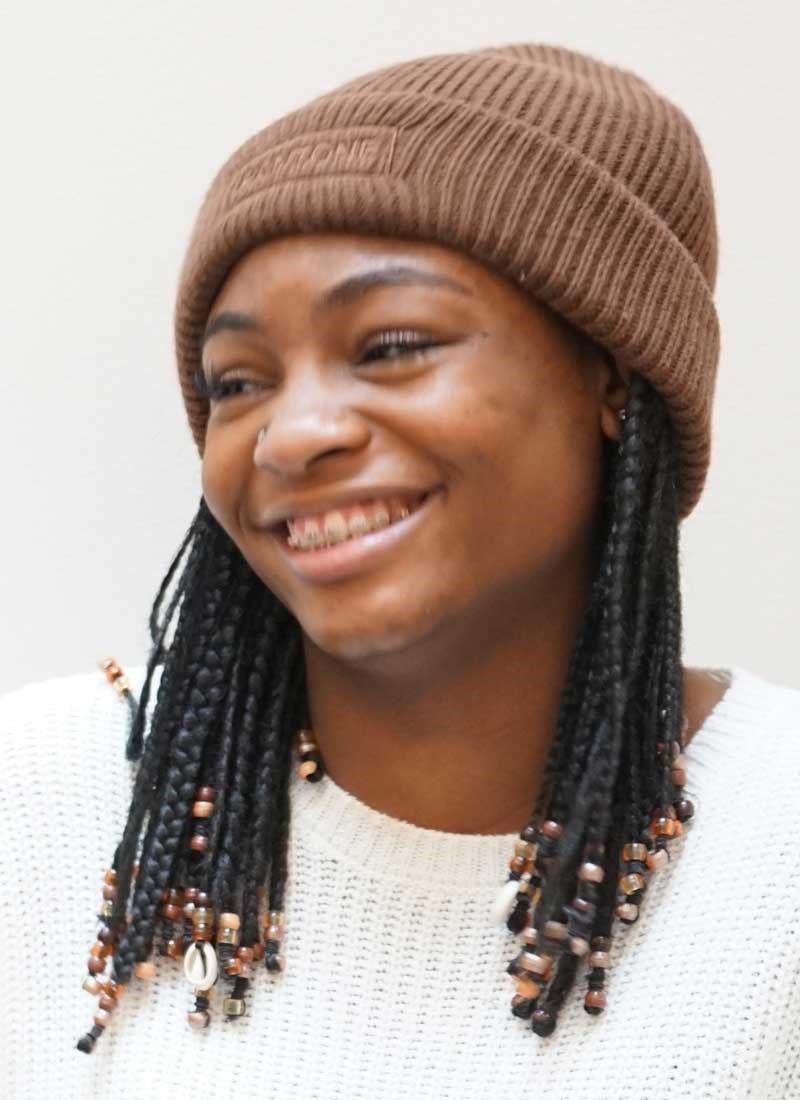 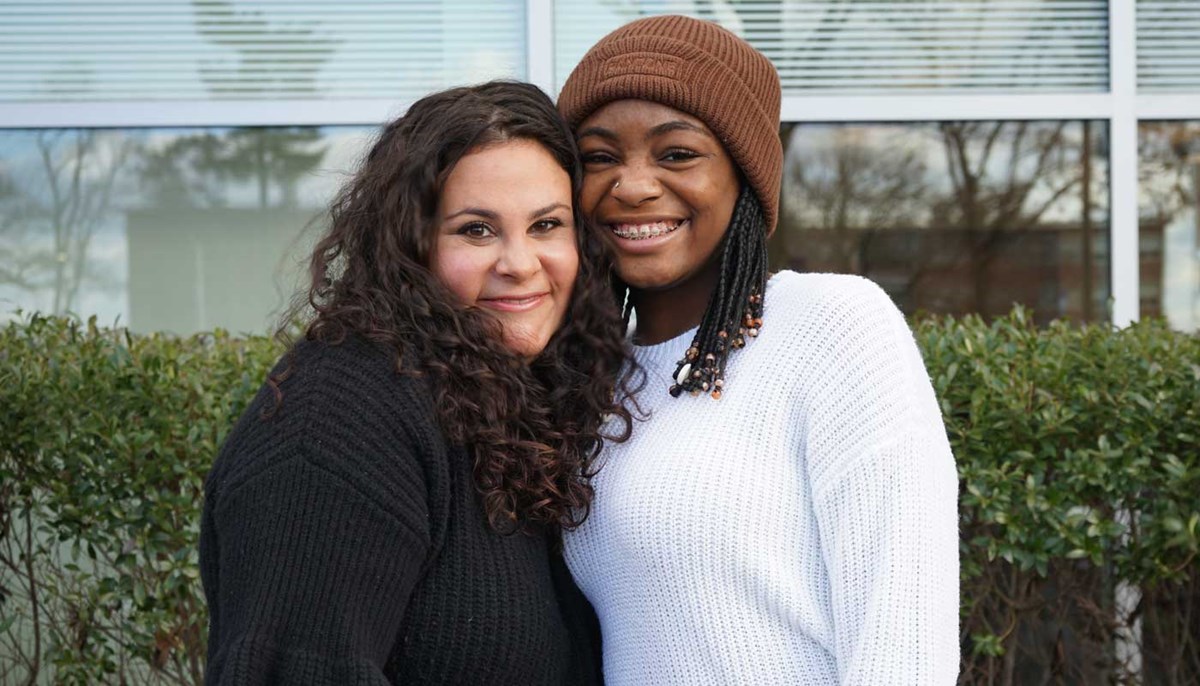 Then she joined family members in Haverhill, Massachusetts – and became a high school senior all over again, this time at Haverhill High.

“Coming here, I didn’t know what the plan was, and I hadn’t applied to colleges,” she says, “so doing a year of public high school made sense.”

Haverhill High School helped her through the college application process, and Willis, an aspiring lawyer, was accepted at a small private college as a legal studies major.

At the last minute, though, she decided to attend UMass Lowell because of its lower cost. Because the criminal justice program – which includes a legal studies minor – was full, she registered as a psychology major, having been assured that she could switch to criminal justice after one semester.

She also was drawn by the River Hawk Scholars Academy (RHSA), UML’s support program for first-generation college students. Thanks to the RHSA, she’s thriving and on track to graduate early as an Honors College student and psychology major with minors in criminal justice and legal studies.

“I wasn’t sure of anything coming to college except the RHSA,” she says. “I was scared, but I got integrated into the community through the RHSA my first day, and it was smooth sailing after that.”

Willis’s RHSA peer leader, psychology major Debby Fernand, was there to answer questions, recommend academic and career resources and point her toward scholarship opportunities. Willis got one of several scholarships for RHSA students from the Independent University Alumni Association of Lowell two years in a row. As a sophomore, she was awarded an Oprah Winfrey Scholarship that continues through graduation.

Fernand also encouraged Willis to get involved in student clubs and to become a peer leader for the RHSA as a sophomore, which she did. Willis now chairs the Inclusive Excellence committee of the Black Student Union and is a member of Omicron Delta Kappa, a leadership honor society. She also served as a senator representing the College of Fine Arts, Humanities and Social Sciences in student government for two years.

Her decision to study psychology opened other doors and introduced her to a key mentor. Willis so enjoyed her Introduction to Psychology class with Assoc. Prof. Stephanie Block that she stayed in the major – and signed up for another class with Block the following semester.

“I liked everything about her – her whole aura,” she says. “I just gravitated toward her.”

When Block invited students to join the UMass Lowell Navigators Club, the student organization that started the campus food pantry and provides other support to students, Willis immediately volunteered. Block advises the club, and Willis is now its president.

Then, when Willis lost three family members in Jamaica to COVID-19 – an aunt and uncle and their daughter, a cousin whom she’d grown up with – Block was her lifeline.

“After their deaths, she kept checking on me,” Willis says. “She helped me get enrolled in therapy, and she reached out to Student Services and asked them to let my professors know what was going on.”

With support from Block and college-based advisor Anne Apigian, Willis powered through the pandemic, taking 18 credits every semester, including summers, so she could graduate in two-and-a-half years while juggling the requirements for her major, two minors and the Honors College.

During her final semester, with everyone back on campus post-pandemic, Willis has jumped into experiential learning — interning in U.S. Rep. Lori Trahan’s Lowell office, where she provides constituent services, and doing research on traumatic brain injuries with Psychology Asst. Prof. Jiabin Shen, supported by a $1,500 Honors College Student Fellowship.

Willis is writing her Honors College thesis on how financial stress affects first-generation college students’ personal and academic satisfaction, and whether a strong sense of belonging affects that relationship. She is analyzing data from the annual fall survey of RHSA students; the results will be used to help improve support for students like her.

After graduation, she plans to take a break from school to work, study for the Law School Admissions Test and apply to law schools. She’s also considering pursuing an advanced degree in psychology so she can study prisoner behavior and, like Block, provide expert courtroom testimony.

“I want to work on prison reform, especially for people of color, who have double the rates of incarceration of white people,” she says. “I especially want to help people who are wrongly convicted, and to make sure people are fairly represented, to give them a sense of hope and to help the Black community.”