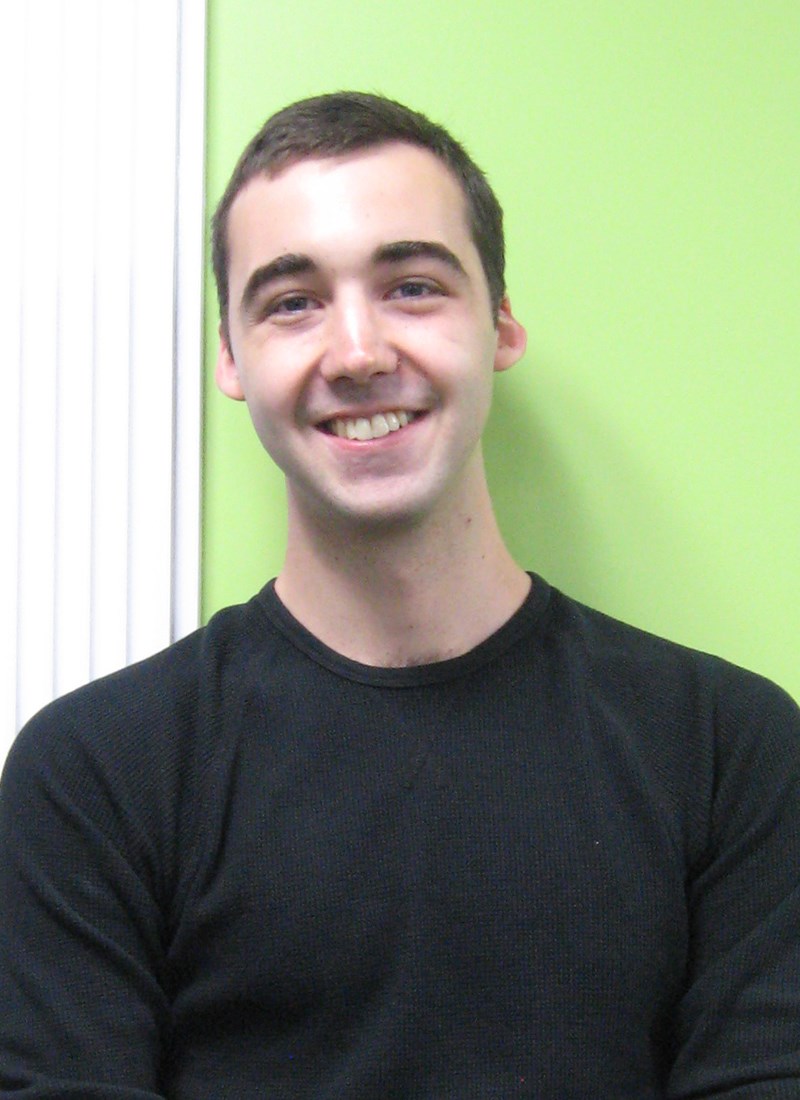 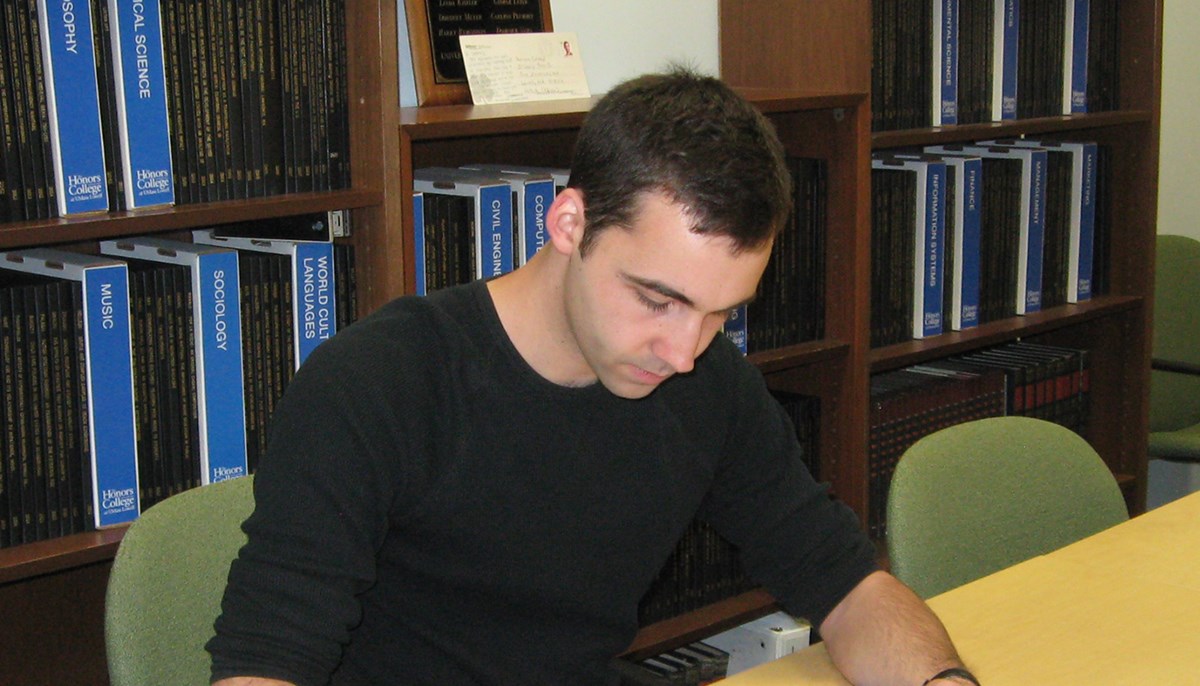 From confused freshman to Renaissance man, Daniel Muise’s path at UMass Lowell has taken several twists and turns. He initially planned to study chemical engineering, then journalism, and sampled international business and accounting his freshman year. Then one day he had an epiphany.

“I realized, ‘What I’m doing for fun is just reading the news and thinking about politics and discussing that with people, so why not just do that outright?’”

He switched his major to political science, and then added a second degree in economics “because it was politics distilled down to numbers and facts.” For his language requirement, he studied Mandarin Chinese because of a fascination with Asia, and tacked on two semesters of Khmer for good measure. Now he’s graduating from the Honors College with two bachelor’s degrees after earning more than 150 credits and writing an Honors Thesis incorporating both disciplines.

In the fall, Muise starts a Ph.D. program in the Department of Communication at Stanford University, where he plans to do research on how governments and people in developing countries use the Internet, with a focus on Asia. He credits his work with faculty members here for launching him on an academic research career.

“It’s really easy to make connections with the professors here. If you show you’re interested, they show a lot of interest in you,” he says.

Muise, of Haverhill, came to UMass Lowell on a Commonwealth Scholarship that included a research co-op the summer after his freshman year. He asked to work with Prof. Ardeth Thawnghmung, now chair of the Department of Political Science, because he was interested in her research on how people cope with poverty in Myanmar.

Thawnghmung helped Muise find a job in Myanmar the following summer, doing labor research for an executive search firm in the newly opened economy. For fun, Muise – who had studied journalism and worked at his high school radio station – hosted “Night Fever,” an electronic music show, for Mandalay FM, occasionally playing ukulele live on the air.

Muise returned to Myanmar this past January to help Asst. Prof. Jenifer Whitten-Woodring teach statistical analysis to Burmese scholars. Earlier, Whitten-Woodring had helped him make another important connection, alerting him to a job at Harvard with a computer science group developing privacy tools for social scientists to share sensitive research data. Muise started as a student research intern last summer, continued as a part-time employee his senior year and is working full-time this summer.

He also was awarded grants to do research with faculty in economics: Asst. Prof. David Kingsley, Muise’s thesis adviser, and Asst. Prof. Gary Lyn, who is collaborating with an economics professor at Xiamen University in China to study the effect of low-skilled immigrants on the U.S. labor market.

In his spare time, Muise worked for three years at a Chinese restaurant in Haverhill, where he practiced Mandarin with native speakers. He still puts his radio experience to good use, too, doing professional voice-overs for science education videos produced by The Journal of Visualized Experiments.

Now he’s looking forward to pursuing his Ph.D. in a program that encourages interdisciplinary research.

“The communications department has a bunch of social scientists working together, using a bunch of different disciplines, to study whatever happens to be important and interesting at the intersection of those disciplines,” he says. “I really like that.”