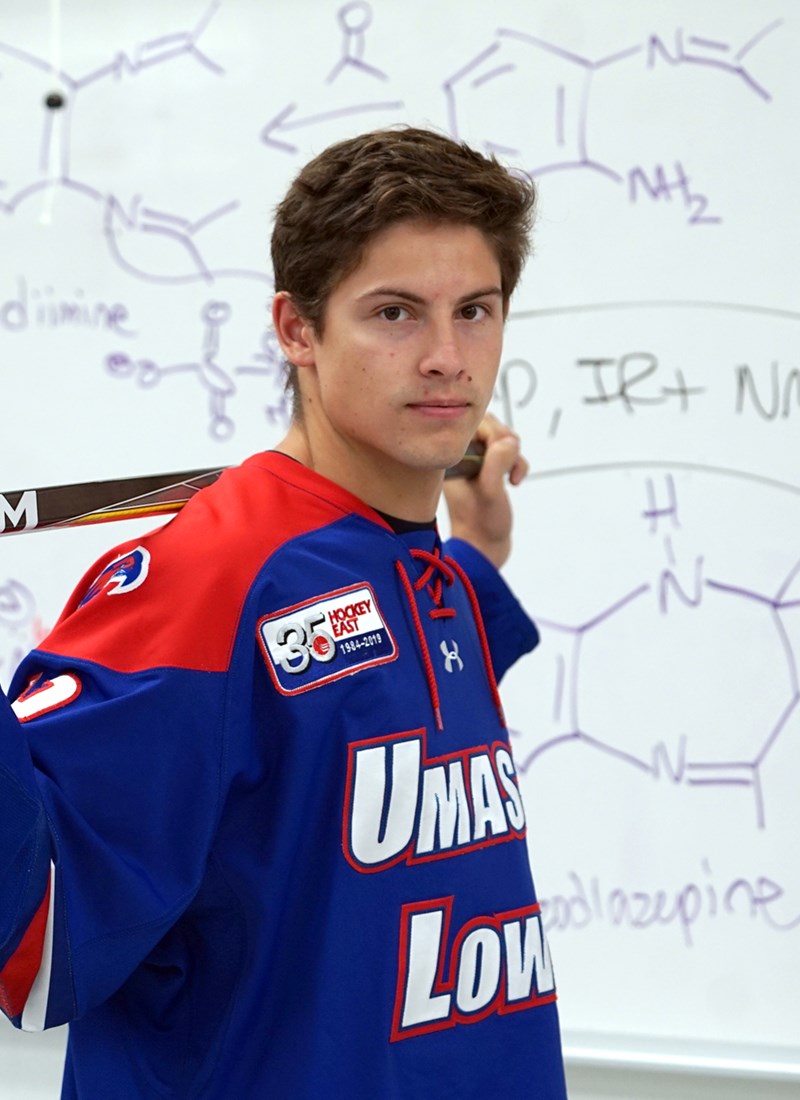 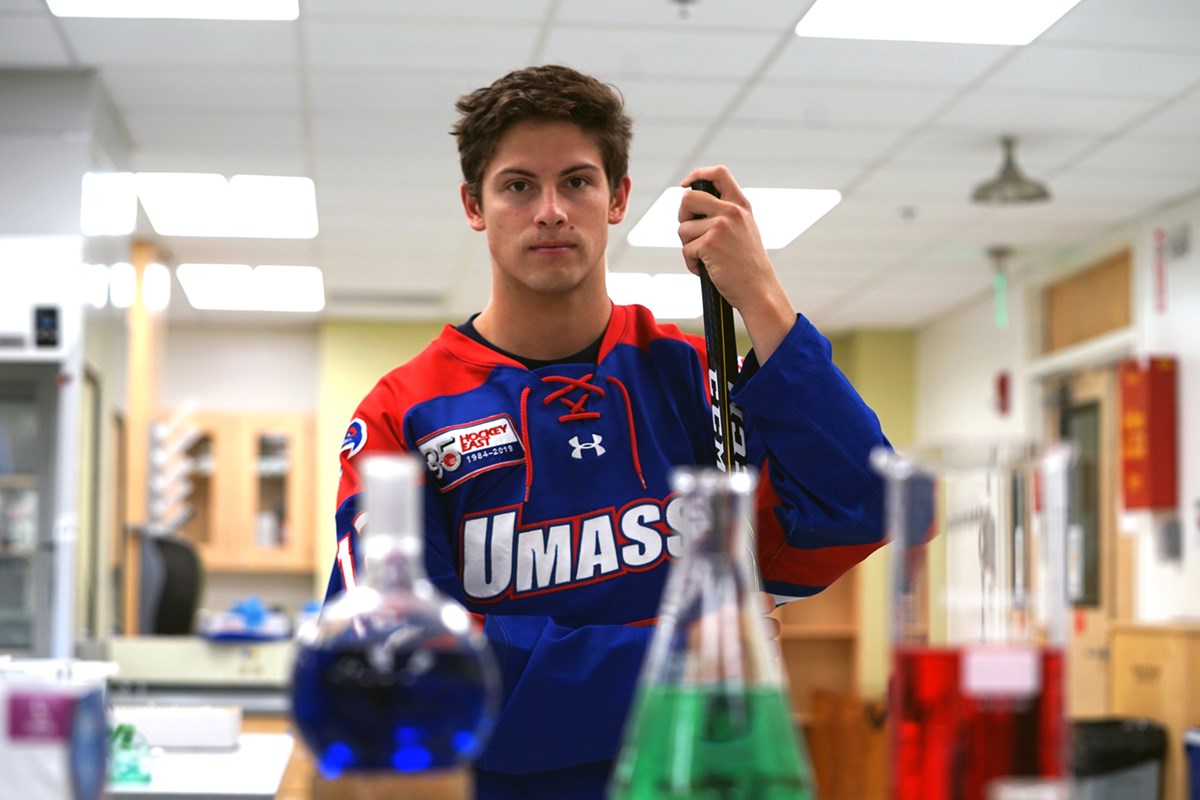 In sports, team chemistry is often vital to success.

The UML hockey team just so happens to have a chemistry major to help in that department.

Charlie Levesque, a rising junior forward for the River Hawks, is pursuing a bachelor of science in chemistry from the Kennedy College of Sciences. While he hopes to play professional hockey after college, his ultimate goal is to become a chiropractor.

“I’ve always been a science-oriented person. I like seeing how the world works,” says Levesque, who was raised in a very science-oriented home in Russell, Ontario, Canada – his parents, Lyne and Marc, were both biochemistry majors and are now veterinarians.

Given the physical demands of hockey, Levesque often visits a chiropractor to “make sure I’m all tuned up and in optimal shape.” But it wasn’t until he visited a chiropractor’s office for career day in high school that it became a professional aspiration.

“It’s really interesting to me how sudden movements, especially with the spine, can help relieve pain,” says Levesque, who was able to job-shadow a chiropractor in Nashua, N.H., following his sophomore year at UML “to see what their day-to-day life is like.”

Levesque played two seasons of junior hockey in the Central Canada Hockey League (CCHL) after high school to prepare both physically and mentally for the college game.

“I was a bit of a late bloomer,” says the 5-foot-10, 175-pound Levesque, who “had his eye on UMass Lowell” while playing in the CCHL. He knew the hockey program was a consistent national contender; when he learned the university’s science department was also strong, “I knew it was exactly the fit I was looking for,” he says.

Balancing the demands of Division I college hockey and chemistry studies can be a challenge, but Levesque says it’s all part of the team culture.

“It’s something that our coaching staff makes sure we understand: If we want to play, we have to work hard in the classroom as well,” Levesque says. “Being a student-athlete is exactly that – ‘student’ comes first. You’ve got to take care of your schoolwork and be accountable to each other.”

Now that he’s an upperclassman on the hockey team, Levesque is taking on a bigger leadership role. When the players returned to campus in early July to begin preparing for the 2019-20 season, Levesque reported a few days early to help the incoming freshmen.

Just like former River Hawk Chris Forney once did for Levesque when he was a freshman.

“I’ll never forget what he did for me in terms of coming in and making me feel part of the team right away,” Levesque says. “I really appreciated that.”

Levesque, who was seventh on the team with 17 points (4 goals, 13 assists) as a sophomore, is excited to see how far the River Hawks can go over his final two seasons. He also can’t wait to get back out on the ice at a packed Tsongas Center.

“The first couple of games as a freshman, and it still happens to me now, I’ll step out on the ice and I’ll be in awe of how many people show up to support us,” he says. “I love that extra motivation that the crowd gives. Sometimes, when you’re a little tired, that atmosphere they create just makes you want to push even harder.”