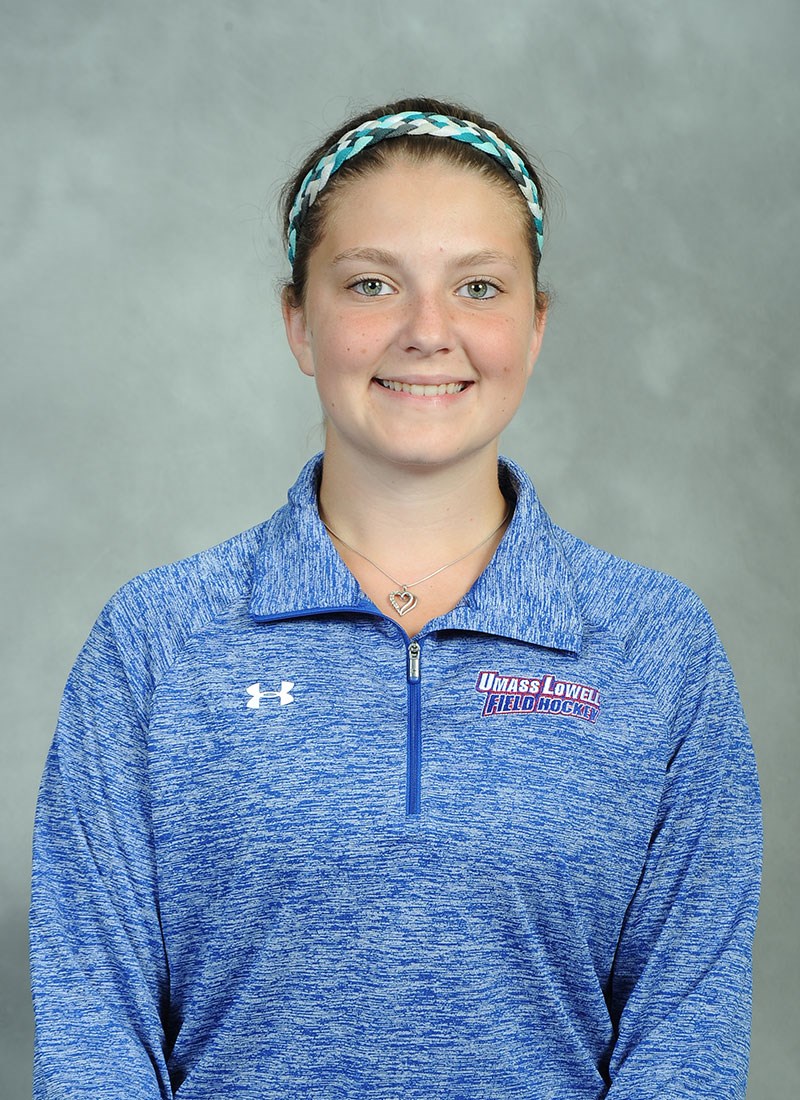 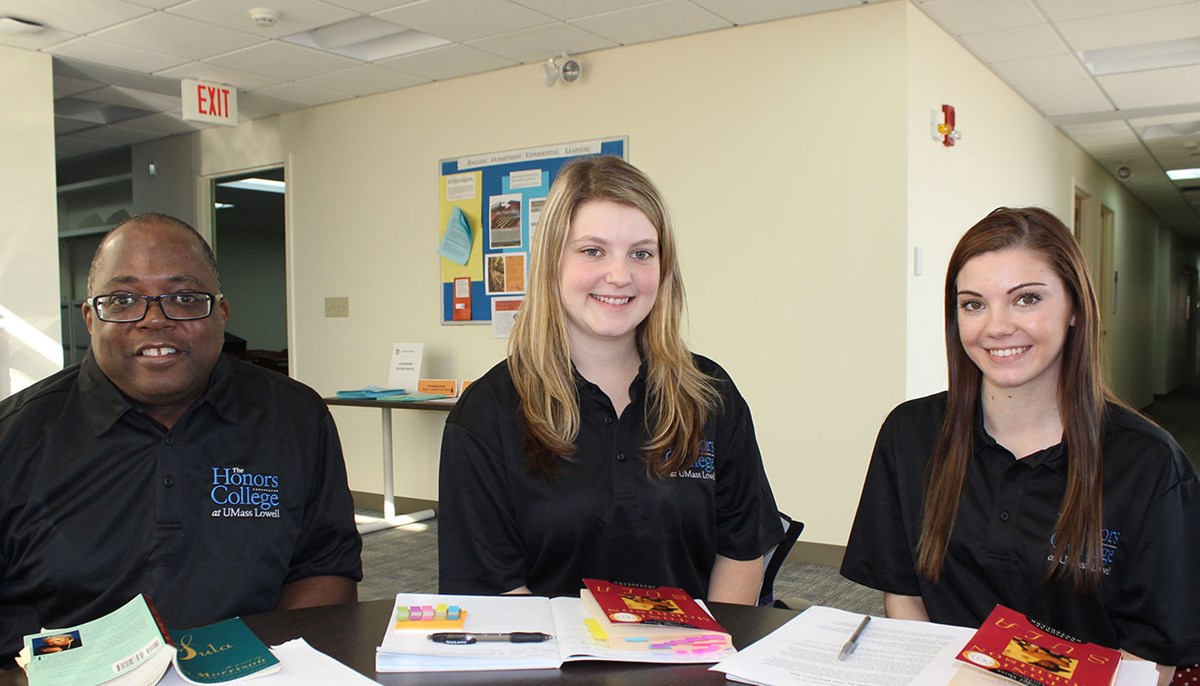 Briannah Larsen ’17 came to campus to play Division I field hockey – and stayed for the Honors College and a business degree after injuries cut her athletic career short.

Larsen, of Boonton, N.J., was recruited as a goaltender. But within weeks of signing, a field hockey injury followed by a car crash gave her stress fractures and other injuries that prevented her from taking the field her freshman year.

Although she worked hard to recover, at the end of the year she and her coaches decided it was in her best interest to leave the team.

By then she was hooked on the Manning School of Business, where she’s earning a business administration degree with concentrations in marketing and management, and she’d petitioned into the Honors College by excelling in her classes. (She’d applied as an incoming freshman, but missed the cutoff by10 points on her SAT.)

“I decided to stay at UMass Lowell for the academics and all the connections I’d made,” she says. “I couldn’t be happier here.”

To make up for losing her field hockey scholarship, she worked several jobs, at the Tsongas Center for ice hockey games and in the Honors College and Manning School dean’s offices. She also took 21 credits in the spring of her sophomore year, finishing all of her honors course requirements.

Most of her honors classes were in business and economics, but she also took a “Special Topics in Honors” class on the politics of college sports, taught by Jeffrey Gerson, associate professor of political science.

“I thought that would really suit me after what I went through,” she says.

It did. Gerson arranged for a stellar line-up of guest speakers, some appearing via Skype and others in person. They included the head of training for the NCAA, who talked about concussion policy, and lawyers involved in the child sex abuse trial of former Penn State football defensive coordinator Gerry Sandusky. The students also got to speak with the son of the late Penn State head coach, Joe Paterno, who was fired over the scandal.

For her final project, Larsen worked on a radio documentary about what it’s like for college athletes after they get an injury and can no longer play – something she’d experienced firsthand. She learned interview techniques and story planning, as well as the technology of recording and editing for radio.

In addition to working and studying, Larsen heads up two campus clubs – the Marketing Club and Colleges Against Cancer. She organizes the campus Relay for Life in honor of her grandfather, who died of lung cancer when she was 14. She volunteers on the Honors Ambassador Council, which promotes the Honors College and plans events for students, and serves on the Dean’s Student Leadership Council for the business school. For nearly every job and club, Larsen plans events, from a women’s lecture series to a welcome party for the new Manning School dean.

“I want to be an event planner when I graduate and then be chief marketing officer and CEO of a company,” she says.

This fall, she plans to write her honors thesis and take a class to prepare for a co-op in marketing. She will also continue reading the complete works of Toni Morrison with Assoc. Prof. of English Keith Mitchell, under an Honors College dean’s fellowship.

Larsen hopes to get a paid co-op from January to June next year and study abroad in Scotland next summer, then finish her degree the following fall.

“I want to see what the highlands of Scotland are like and step away from technology for a bit,” she says. “I want to read a book in the quiet and listen to the birds sing.”