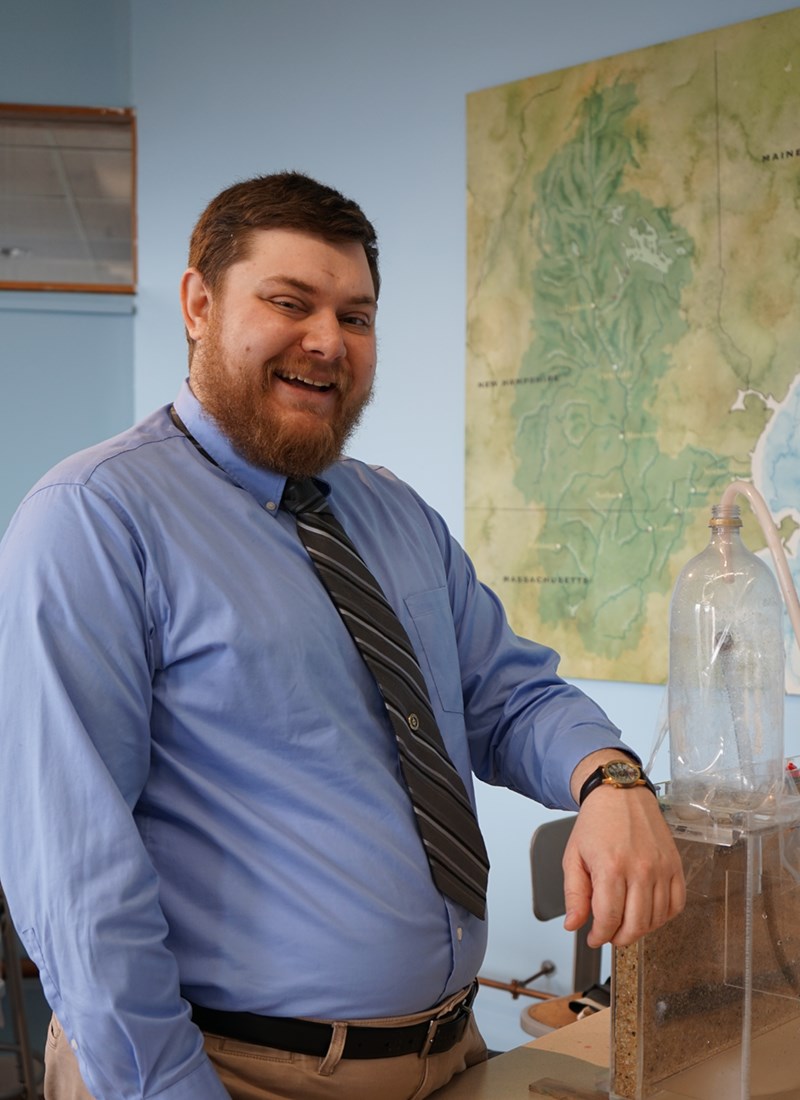 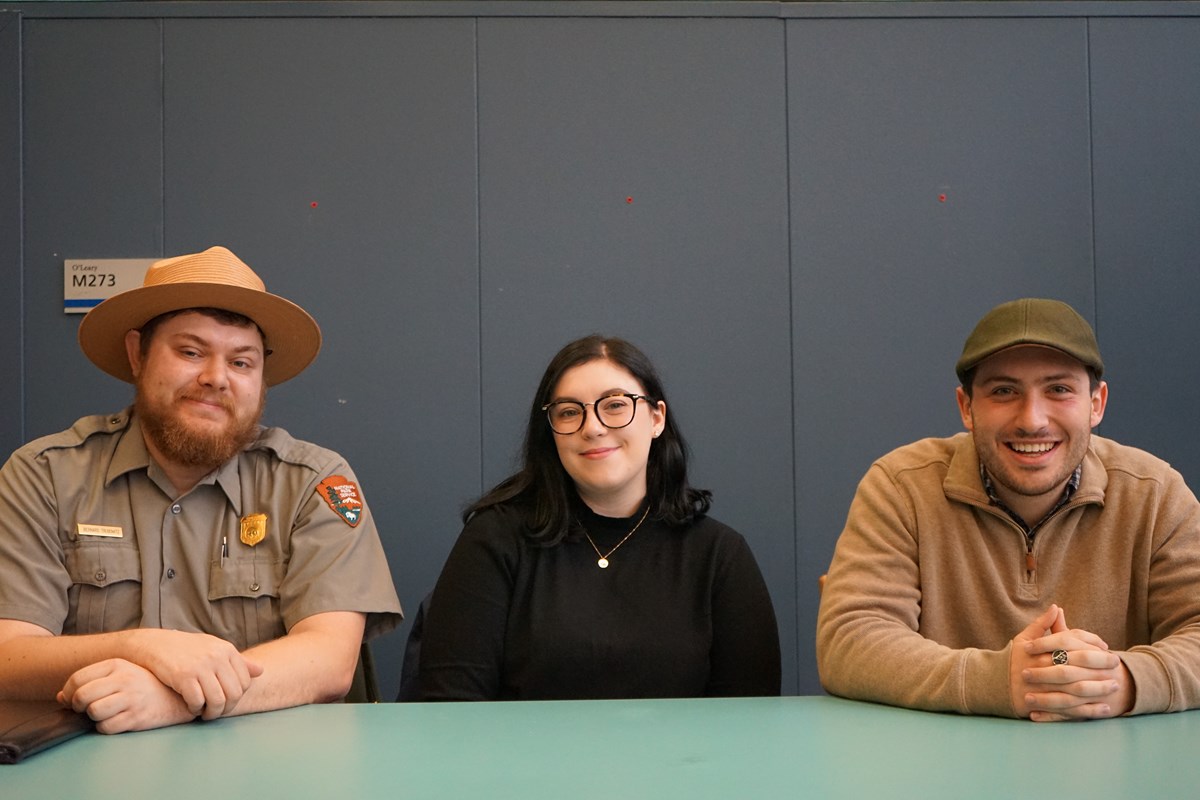 Bernard Trubowitz ’15 arrived on campus as an engineering major – and then changed his mind, after a calculus class.

“I realized that the only numbers I like are dates,” he jokes.

So, he switched his major to history, adding a minor in Labor Studies. He also worked numerous part-time museum jobs, including at Boston’s Waterworks Museum, which his mother was hired to open. The switch allowed him to pursue both his love of history and the innovations of the Industrial Age that had drawn him to engineering in the first place.

Now, after working full time at two historic museums on Boston’s Freedom Trail – the Old North Church and the U.S.S. Constitution – Trubowitz splits his time as a seasonal ranger at Lowell National Historical Park, which focuses on industrial and labor history, and a seasonal educator at the Tsongas Industrial History Center, the educational partnership between the Park and the University’s College of Education.

Trubowitz’s parents worked as museum professionals, anthropologists and archaeologists. When Trubowitz wasn’t studying, he accompanied his father to historical reenactments and did costumed interpretation at the Waterworks Museum.

At 18, he joined the Student Conservation Association, a National Park Service program, working as a paid intern at the Lowell National Historical Park for the next two summers, while starting college here.

“It’s a really wonderful program,” he says. “I worked first on the trolleys, and I realized I wanted to do museum learning and education.”

On campus, Trubowitz loved his history classes, and he joined the history club as well as three honor societies. Prof. Robert Forrant also introduced him to the Lawrence History Center, located in the former Essex Co. mill headquarters, where he got involved with the Bread and Roses festival and produced a research film.

Science electives like History of Radio taught him more about industrial history, while art and architecture classes rounded out his education. He also took a journalism class and worked as a reporter and editor on The Connector, the campus newspaper.

The skills he learned in historical research, critical reading, writing and speaking are key in his work, he says.

As a public historian, Trubowitz meets people from all over the world – and he gets to experience history up close, including riding aboard “Old Ironsides” as it was towed through Boston Harbor and attending the lamp-lighting ceremony at Old North Church on the anniversary of Paul Revere’s ride.

“I’m doing something that I love, and that’s very rewarding,” he says.

Trubowitz has applied to become a full-time ranger at the Lowell National Historical Park. He also plans to return to UML to earn a master’s degree in history – and continue work on a research project he began as an undergraduate.

At the Lawrence History Center, Trubowitz sorted through a treasure trove of records from the old Essex County Jail, including arrest records for the Bread and Roses strike leaders. He wrote a paper with Forrant on his initial findings for the New England Journal of History, and, as a result of his work, Columbia University has begun digitizing some of the records.

But Trubowitz says he barely scratched the surface of the 100,000 arrest records, court transcripts, commissary receipts, copies of the prisoners’ newspaper and more.

“They kept every record. The mittimi (arrest records) have the name of the person, the arresting officer, the charges, when they immigrated, even what was in their pockets,” he says. “Primary documents like these are the holy grail of history.”