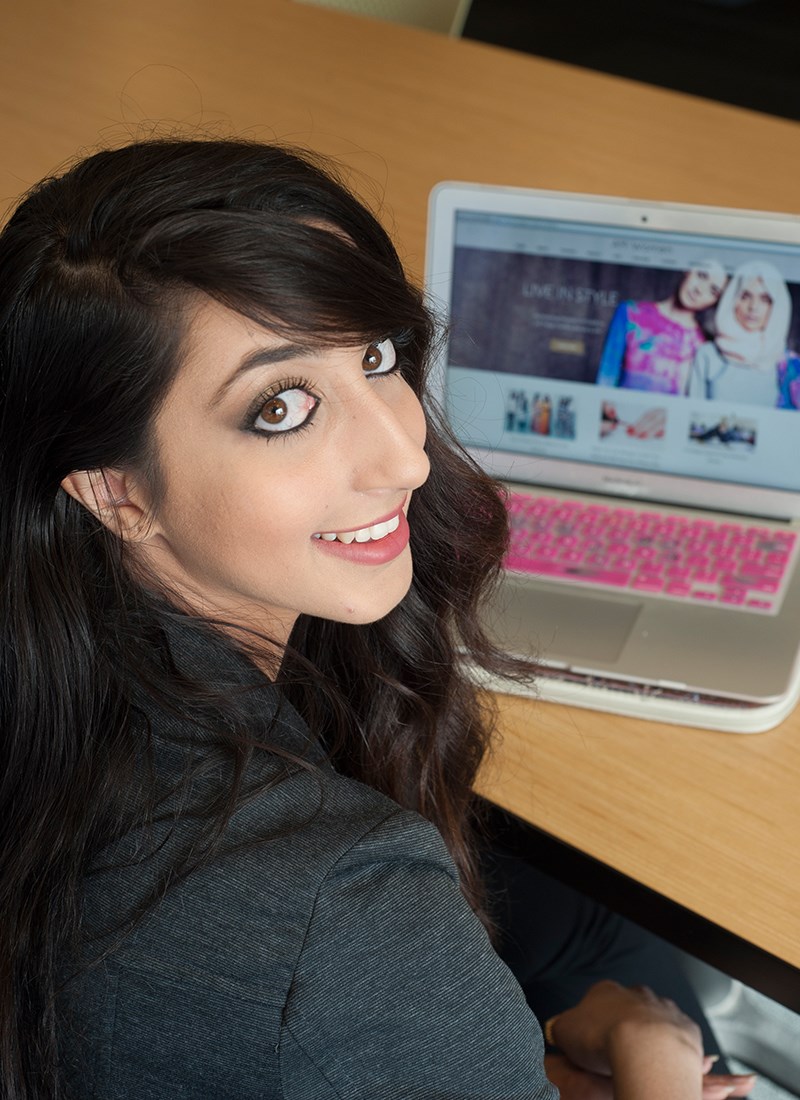 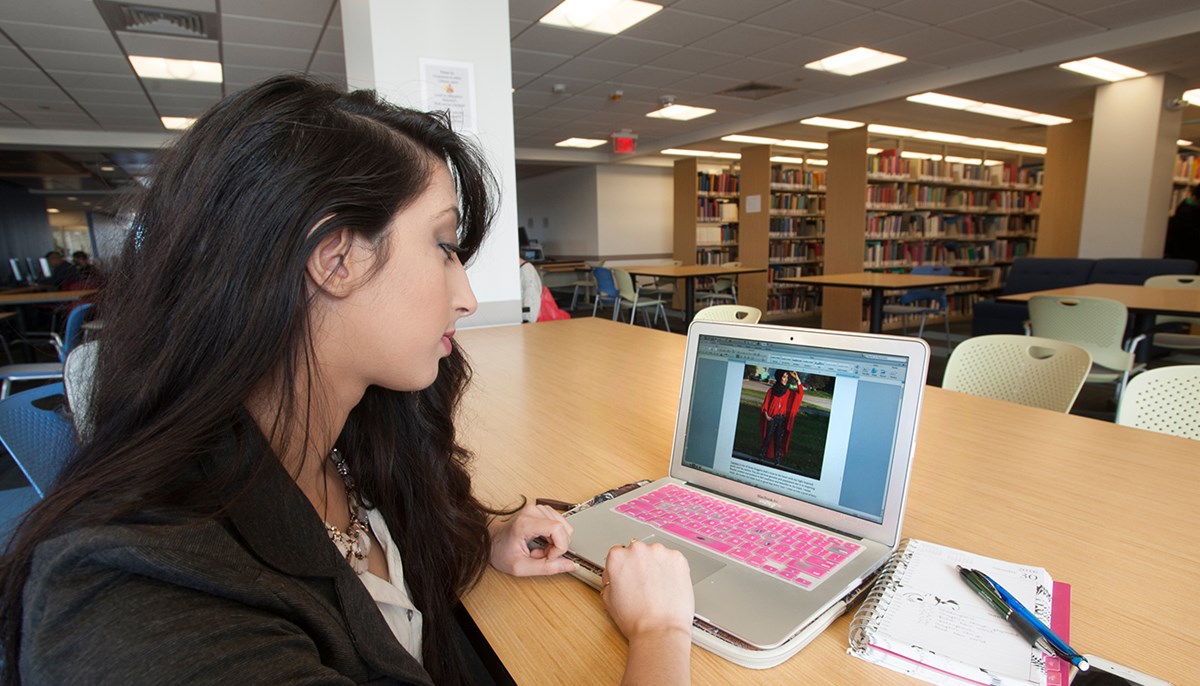 Ayah Awadallah gets frustrated when she goes shopping for summer clothes and the stores are filled with shorts and crop tops. As a Muslim, she’s supposed to dress modestly by covering her arms, legs and midriff, but she still wants to be stylish and fit in with her American friends and classmates.

“Staying within my culture’s values and finding things I like to wear is difficult,” she says. “Most girls in the morning say, ‘What do I feel like wearing today?’ But I have to take that extra step and think, ‘What’s appropriate to wear?’”

Awadallah experienced more serious dilemmas after graduating from high school in Haverhill. She spent a year in Palestine and Dubai, visiting family, learning Arabic and growing in her faith before entering UMass Lowell – “a great school” she could attend while still living at home. Her religion and her parents did not permit her to live in co-ed dorms, she says.

Meanwhile, her best friends from high school had started dating and drinking. In Awadallah’s family, men and women socialize separately and good Muslims aren’t supposed to drink or be around alcohol, she says.

“It made it really hard for us to go through experiences together. I’d go to social situations with my friends and I’d feel so guilty, so conflicted,” she says. “In our culture, the boundaries are very clear.”

Awadallah, an Honors student, became good friends with two other young Muslim American women on campus last year and discovered they shared her predicament. So Awadallah decided to do something about it. With the tools she’d acquired as an English major with a minor in graphic design, and after doing an internship for credit at Howl magazine in Lowell, she decided to create an online lifestyle and fashion magazine for American Muslim women ages 17 to 23. AM Women, set to launch in fall 2016, will address topics like what to wear to the beach, or how to handle it when young men want to date or be friends.

“Seventeen and Cosmopolitan don’t reflect the lives and experiences of Muslim girls and women,” she told an audience at a campus gender studies conference recently. “It’s also important to counter groups like ISIS and change perceptions of American Muslim women and Muslims in general.”

Her magazine concept was a finalist in the fall 2015 Creative Venture Competition for the College of Fine Arts, Humanities and Social Sciences, part of the campus DifferenceMaker program.

Awadallah started thinking more seriously about the conflicts between her faith and the average American lifestyle during her year in the Middle East. Her Palestinian cousins didn’t wear the hijab, a head-covering that exposes a woman’s face while covering her hair, neck and shoulders. But when Awadallah visited an aunt and uncle in Dubai, they suggested she wear one to fit in.

“I thought I would hate it, but I felt very comfortable,” she says.

Now she aspires to become self-confident enough to wear one in the United States – but she’s afraid it will hurt her professionally and make her a target for anti-Muslim sentiment.

“In Middle Eastern culture, the veil is designed to protect women by creating a focus on aspects other than their appearance. There, the veil was meant to help women integrate into society, but here it has the opposite effect,” she says.

Awadallah knows not all young American Muslim women are as conflicted as she is. Some live in heavily Muslim communities where they can dress traditionally and not stand out. Others are not as religious. Still, she thinks her magazine will speak to all of them.

“Even very secular Muslims, they’re conscious that they’re Muslim and they’re still going through the same things,” especially being subjected to negative stereotypes about their religion and ethnicity, she says. “I want to help other girls with these issues.”