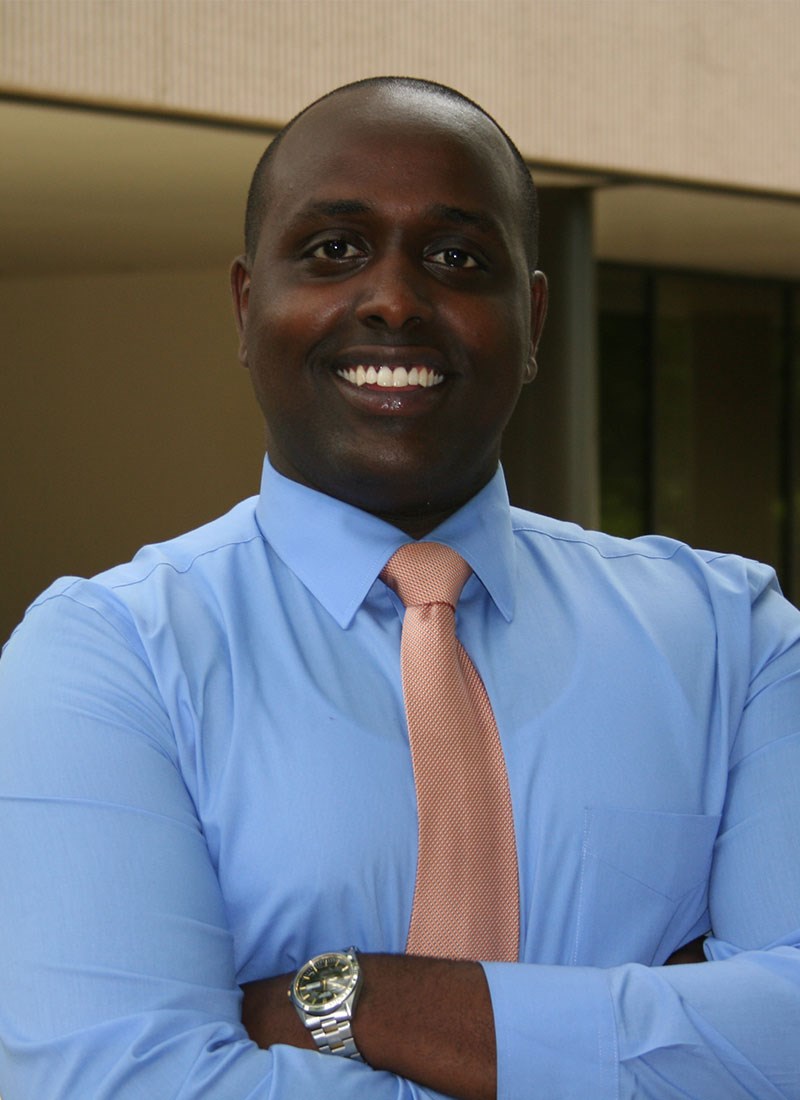 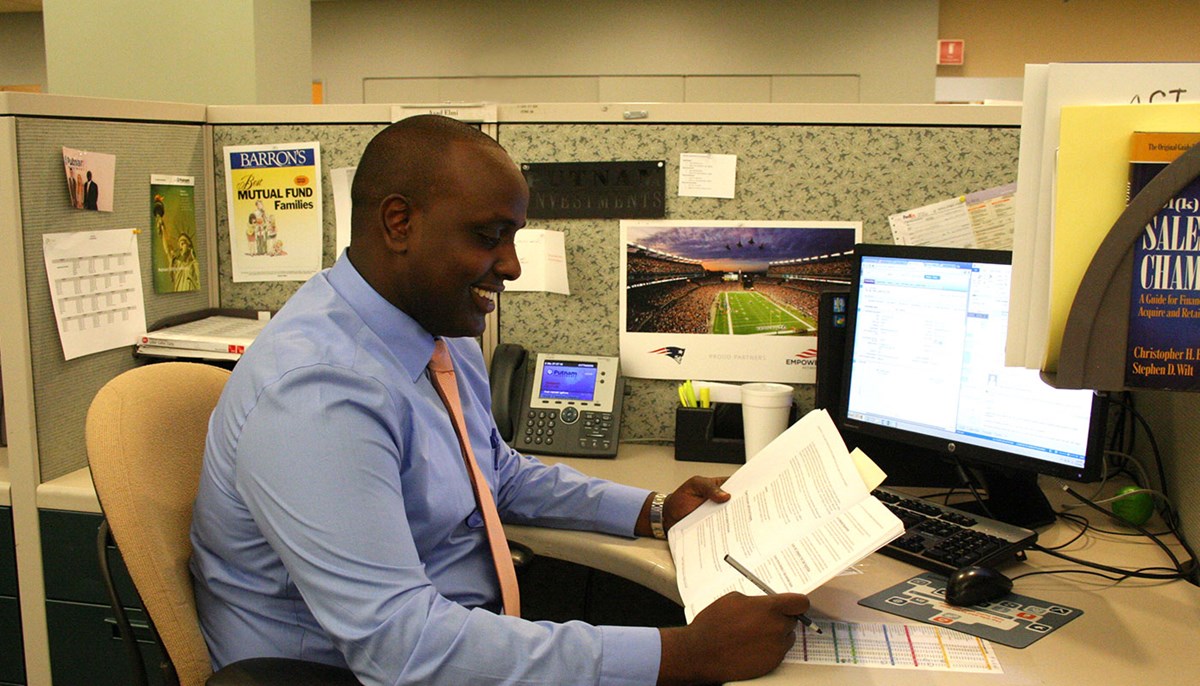 Asad Elmi did two important things following his six-month sales and marketing co-op job at Putnam Investments in Andover: The sophomore declared his major (business administration with concentrations in marketing and finance) and asked if he could stay on at Putnam in a part-time role.

“After the six months I realized that this is exactly what I want to do. This is the career path,” says Elmi, who asked his supervisor at Putnam, Jodie Rogers, if he could continue working around his class schedule. She said yes, and he’s now been with the Boston-based global investment firm for nearly two years.

“I found a home here and I haven’t left since,” says Elmi, who is three courses away from earning his degree this fall.

According to Rogers, the administrative team leader who has managed Putnam’s co-op students for the past decade, keeping Elmi on board was an easy decision.

“The management team here really loves Asad. He’s done a great job,” says Rogers, who describes Elmi as a quick learner and team player. “He’s mastered our hypothetical software and our Salesforce database, which are two of the main components of the co-op position, and he’s also helped train our new co-op students.”

Elmi, a Stoughton native whose parents immigrated to the United States from Somalia, originally enrolled at UMass Amherst to study dentistry. He realized his freshman year that neither the school nor the major were the right fit. A cousin attending UMass Lowell raved about the school, so Elmi transferred into the Manning School of Business.

“I’ve always been fascinated by the stock market, this magical thing that can make someone rich, so I always had business in the back of my mind,” says Elmi, who enrolled in the Professional Co-op Education program program in order to prepare himself for a real-life work experience.

Elmi learned about Putnam from a friend who had a co-op position at the company’s call center, and he sought them out at his first Career Fair. He applied for a sales and marketing co-op, landed the position and was on the job by December of his sophomore year.

“The beauty of Putnam is you get a new task every day. I’m always learning,” says Elmi, who enjoys assisting the company’s regional marketing associates and dealer marketing service reps on their day-to-day affairs. He says he usually has one major long-term project (like researching companies in a new territory) as well as several smaller daily duties (like making sure the dealer report gets delivered each morning).

And whenever he runs into a roadblock, Elmi knows where he can turn.

“We have a slogan — ‘We’re One Putnam’ — so anyone can ask for help and anyone will be quick to teach you and show you the way,” he says. “It’s a great environment.”

After working full-time in a co-op role for six months, Elmi was a bit concerned about how he would readjust to life in the classroom. He was pleasantly surprised to learn, however, that the experience had made him a stronger student.

“My first semester back was one of my best semesters,” he says. “The co-op improved my time management and made me more result-oriented. I became more focused on my school work.”

The co-op also helped bring his coursework to life, particularly in his investment portfolio analysis class with Prof. Dev Prasad.

“I’d always come to class discussing the market, and Prof. Prasad said, ‘You’re really up to date with things,’ and I said, ‘I do it all day at work,’ ” Elmi says. “We developed a close connection because of that.”

Elmi is surrounded by River Hawks at Putnam. According to Human Resource Specialist Kelley Krank ’08, there were 101 UMass Lowell alumni working for the company (herself included) as of July 2016, as well as seven new co-ops this summer and a handful of co-ops like Elmi who have stayed on in part-time roles.

“We all met here and have become friends,” Elmi says. “We take similar classes, so it’s nice to have someone to talk about school with.”

It’s no surprise that Elmi hopes to continue on at Putnam after graduation. In five years, he hopes to be a wholesaler running his own territory for the company.

“It’s going to take time and I’m going to have to grind it out,” he says. “But if I work hard and prove that I can do it, hopefully good things will come.”