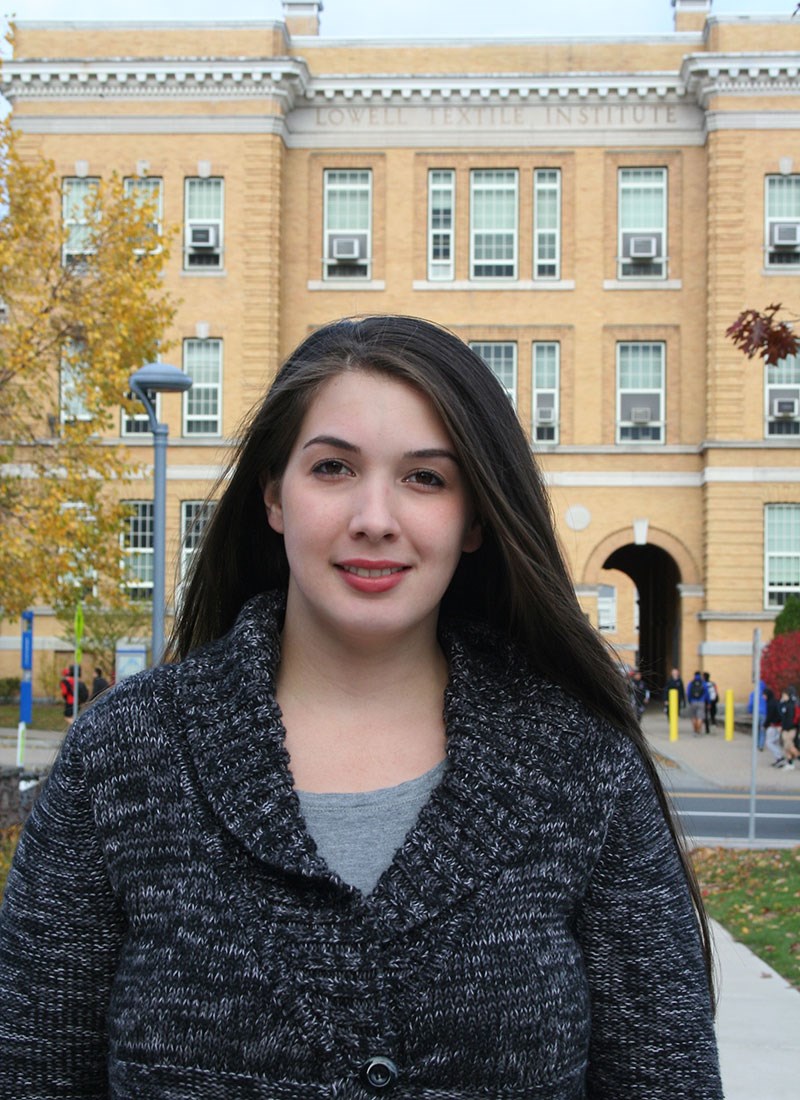 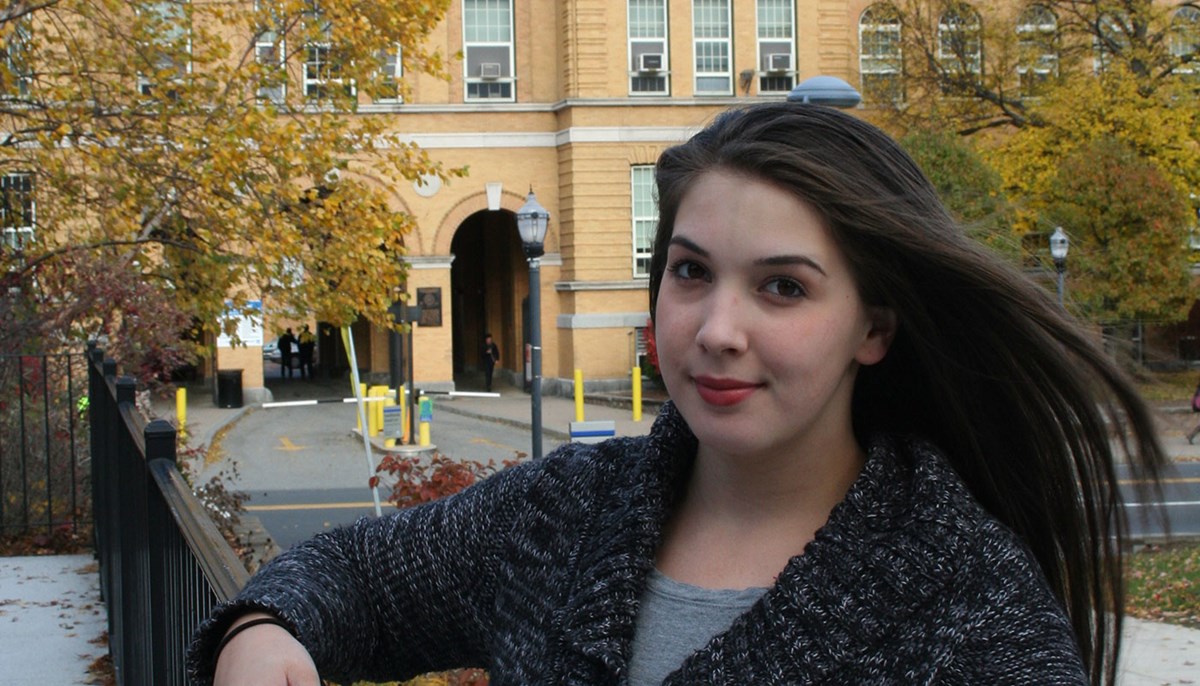 Angelica Lord is a study in perseverance. When the Lowell native received her Bachelor of Science in Business Administration with a concentration in accounting in May 2014, she became the first member of her family to earn a college degree. It was a goal she had set for herself while studying cosmetology at Greater Lowell Technical High School — a goal that proved far more challenging than she could have imagined.

“Determination and a lot of family support, that’s what helped me most,” says Angelica, who worked throughout her four years of college, first at a salon and then as a teller at TD Bank in Methuen beginning in 2011. Despite working long hours, Angelica persevered in her academic program — and received a pair of promotions at the bank.

In January of 2014, Angelica gave birth to a beautiful baby girl, Sophie. Five days later, she was back in the classroom. “I would have come back sooner, but I was put on bedrest,” says Angelica, who appreciates the personal support she received on campus. “The professors were always really understanding, especially once I got pregnant. I didn’t want to miss class no matter what.”

Just three months after becoming a new mom, however, Angelica endured the death of her father, Bob Jefferson, who passed away at the age of 44. “It was very unexpected. We miss him,” Angelica says while holding Sophie on her lap. “Nobody likes to lose their dad. It makes you appreciate life.”

Angelica says her knack for numbers, combined with her interest in legal studies, drew her to accounting. While she enjoys her role at TD Bank, “my heart is set on forensic accounting or auditing.” She has been busy applying and interviewing for opportunities that she’s found through CareerLINK, and she feels prepared to take the next step in her career.

“Everyone in the accounting department — Janie Casello Bouges, Sherre Strickland, Lisa Andrusaitis — they all contributed to me as a person,” Angelica says. “They taught me work ethic and how it’s going to be in the real world."