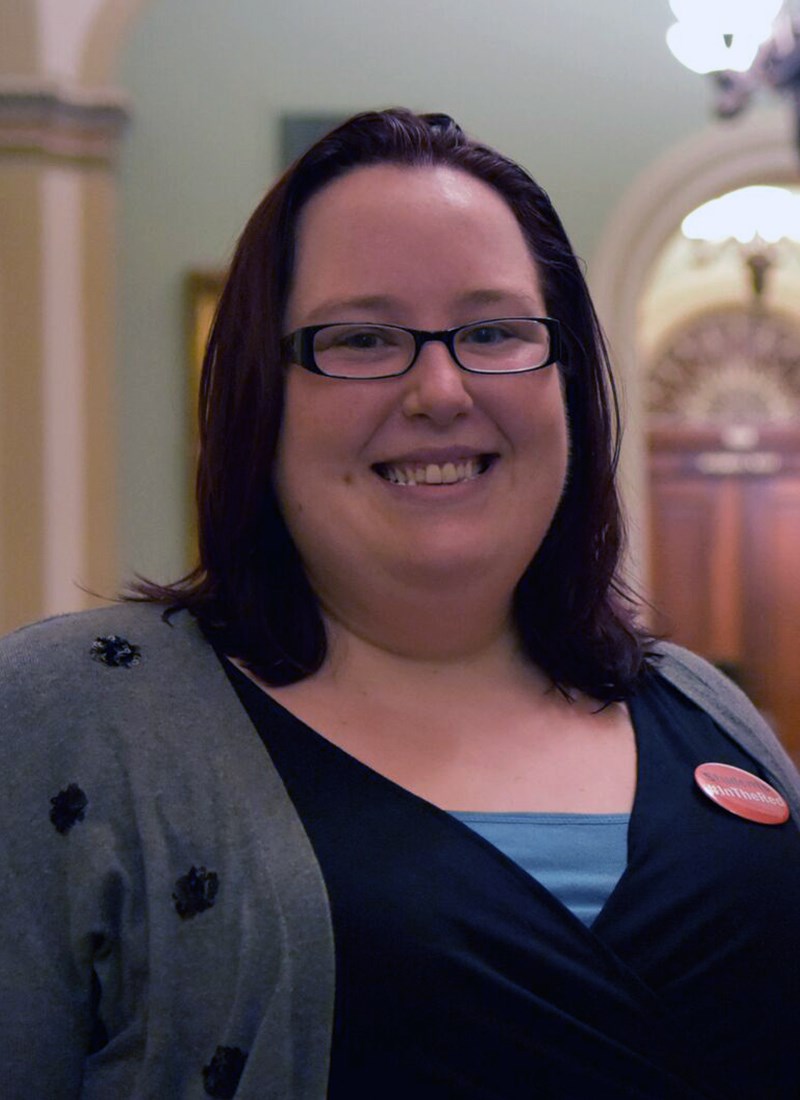 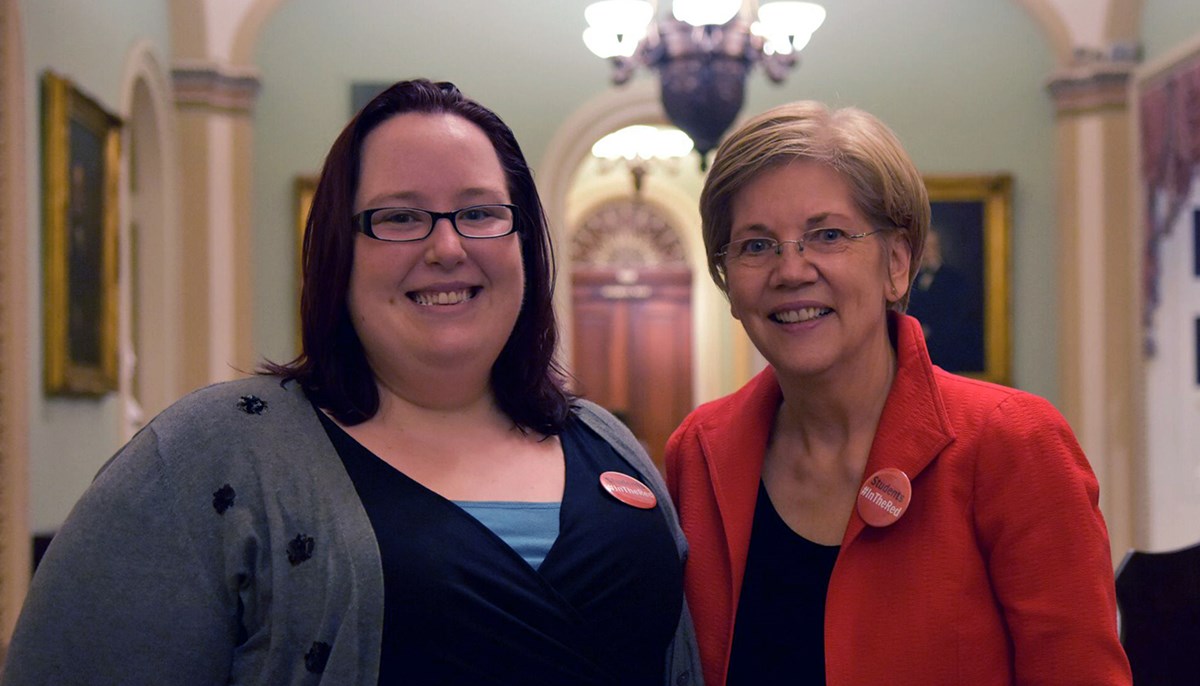 When Alexis Ploss was 16, her father was diagnosed with cancer. While many of her friends in Manchester, N.H., were starting to think about where they wanted to go for college, Ploss put her dreams of higher education on hold.

“My dad had to stop working and we didn’t have health insurance, so he went on Medicare to cover the cost of treatment,” Ploss says. “Our savings went toward him getting better, which we agreed was the priority.”

Thankfully, he did get better. And to make sure Alexis could attend college at the New England Institute of Art in Boston, the family took out the necessary loans. After her freshman year, however, Ploss realized it wasn’t the best school for her and instead turned her attention to teaching. So she returned home and enrolled at Manchester Community College, earning her associate’s degree with a focus in advanced mathematics and science.

In 2014 she enrolled at UMass Lowell, already saddled with nearly $25,000 in student loans but eager to fulfill her dream of becoming a teacher. Two years later, she’s ready to graduate with a degree in mathematics and seek her master’s degree so she can become a teacher in a STEM field.

“I genuinely love this school and I’m glad I chose to come here,” says Ploss, who thanks Prof. James Graham-Eagle and math department staff assistant Cori Lee in particular for their guidance and support. “I don’t know where I would have ended up if I hadn’t come here.”

While here, Ploss has also made the nation’s student debt issue a personal concern. In 2014 she was invited to Washington, D.C., to testify before U.S. Sen. Elizabeth Warren (D-Mass.) and other elected officials about the topic. When Warren held a forum on student debt at UMass Boston in 2015, Ploss was asked to speak.

Then, in January, Warren invited Ploss to be her special guest at President Obama’s eighth and final State of the Union address.

“It didn’t sink in until I got on the plane. I thought, ‘This can’t be happening to me. This is just crazy,’ ” says Ploss. “The mood in the room (during the State of the Union) was unlike anything I’ve experienced before. It was electrifying.”

Ploss also had a chance to connect one-on-one with Warren while riding to the State of the Union on the private U.S. Capitol subway system.

“She was so wonderful,” Ploss says. “She shared some of her stories from when she used to teach. I could see the enthusiasm and happiness in her face. It was very touching to be a future teacher and see her passion.”

Ploss, a student member of the National Education Association, was also thrilled to hear Obama mention student debt in his remarks, although she immediately noticed the partisan divide in the room.

“Half of the room didn’t seem to care, which was a little disheartening,” she says. “But I tried to look on the optimistic side that half the people stood up and gave a standing ovation.”