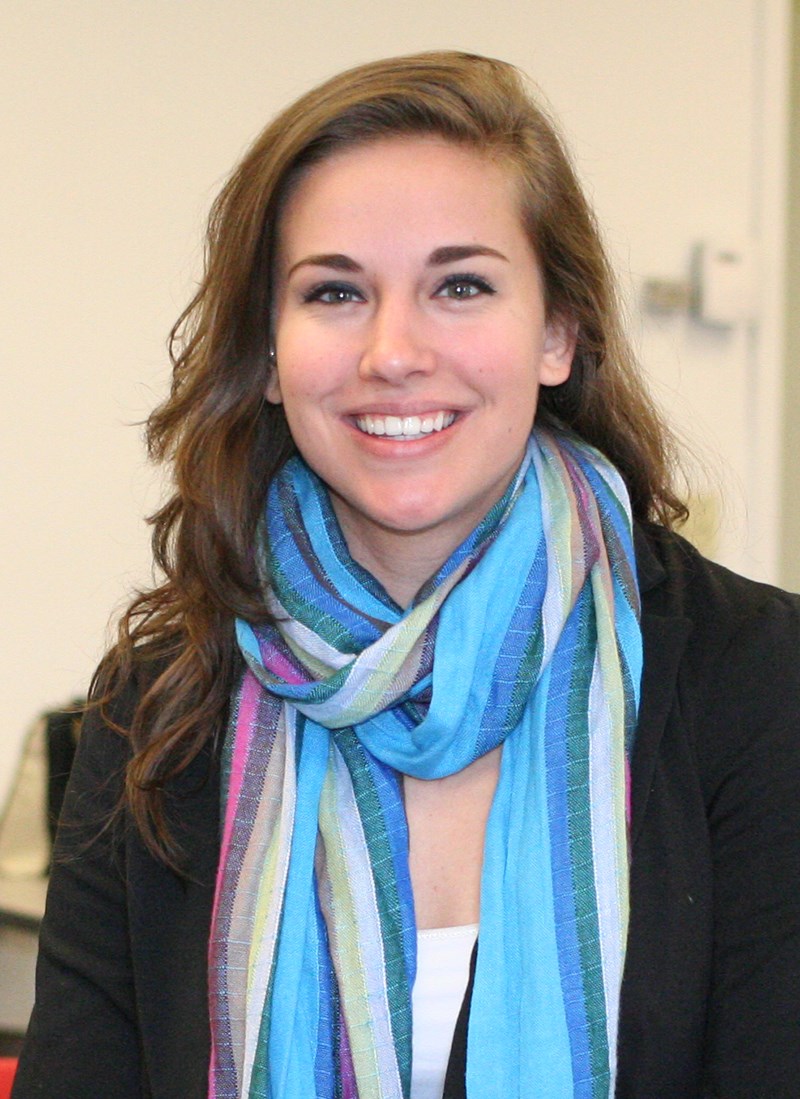 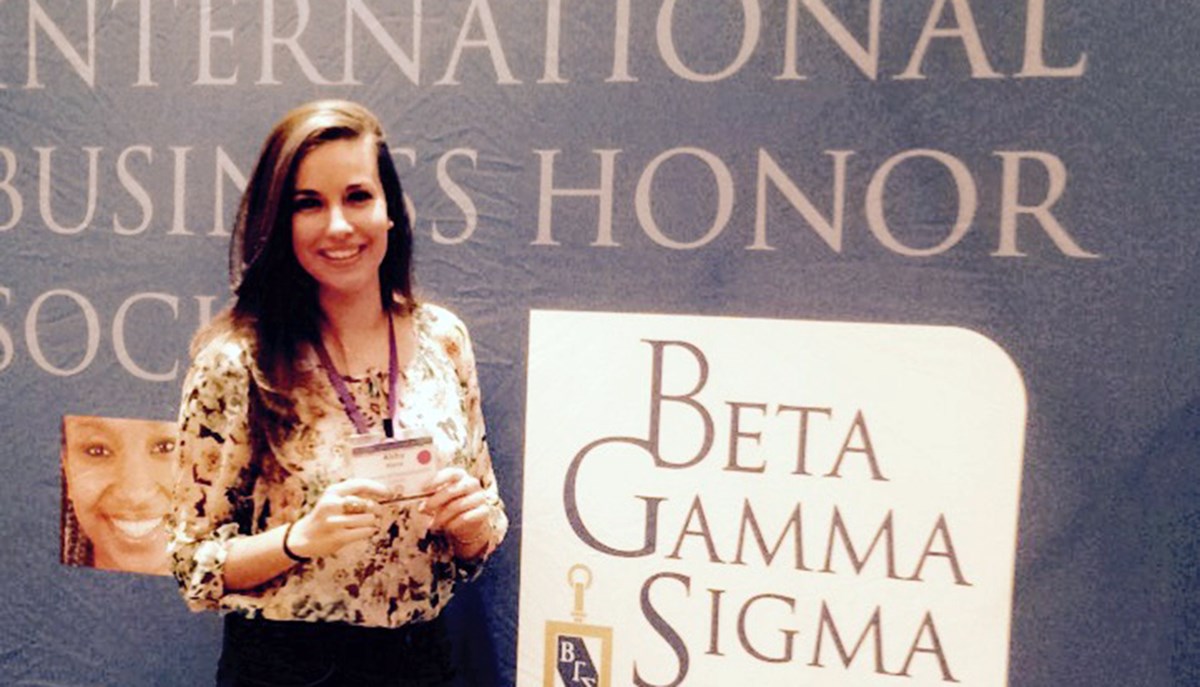 As vice president of marketing and project planning for the Dean’s Student Leadership Council in the Manning School of Business, Abigail Hans says that she often plays devil’s advocate, pushing her peers to think outside the box. test

“It’s hard as a leader to demand respect but also to be encouraging of others,” says Hans, a senior business administration major with concentrations in marketing and management. “That’s something that I’ve really wanted to work on.”

Attracting nearly 400 of the top business students from more than 150 schools around the world, the summit provided insight from global business experts (including Nestlé Purina, GEICO and 3M), professional networking opportunities and hands-on practice through a team case competition.

Hans says the competition’s case study, on an outdoor sporting company, mirrored a project she had done in an Honors sports business course — which she went on to implement during her internship as a communications associate with the Lowell Spinners minor league baseball team in her junior year.

“I wanted to bring that idea to this case, but not many liked it, so it didn’t go forward,” Hans says matter-of-factly. “I thought it was definitely a marketing case, but our group took a finance angle instead.”

That’s too bad, because the group didn’t make it out of the first round of the competition. Still, Hans found value in the exercise.

“It helped me to sit back and be the encourager, and to see what it was like from the outside looking in,” she says. “I laughed at myself and thought, ‘I hope I’m not like this at school.’ That’s something I genuinely try to work on on the Dean’s Council, making sure everyone’s ideas are heard.”

Hans was inducted as a junior into the Manning School’s Beta Gamma Sigma chapter, which is open to the top 10 percent of the class. Besides the prestige that comes with the lifetime membership, Hans says she joined because it will help pave her path to law school. The society has a partnership with Kaplan Test Prep, which provides a discount for members studying for the LSAT.

“That’s huge,” says Hans, who is considering a career in media entertainment law.

Hans, a native of Townsend, transferred to UMass Lowell after two years at Saint Michael’s College in Vermont. Three years later, she’s glad she did.

“I love it here. There are so many opportunities at UMass Lowell that you don’t get at smaller schools,” says Hans, who has worked as a co-op the past two summers at Autoliv, doing business development and database analysis for the automotive safety systems manufacturer.

For her Honors thesis, Hans is working with Political Science chair Ardeth Thawnghmung to help build a library in Burma. She’s created a website and GoFundMe page for the project.

As the Manning School’s first Beta Gamma Sigma member to attend Global Leadership Summit, Hans hopes many other students have a chance to follow in her footsteps.

“It was such a good opportunity. These were all the best and brightest in business, and I felt humbled being there,” says Hans, who gained many new connections on LinkedIn over the course of the weekend.

“I don’t just view them as connections, but as really good friends,” she says. “That was probably the best part of the trip — meeting a really good group of new friends.”