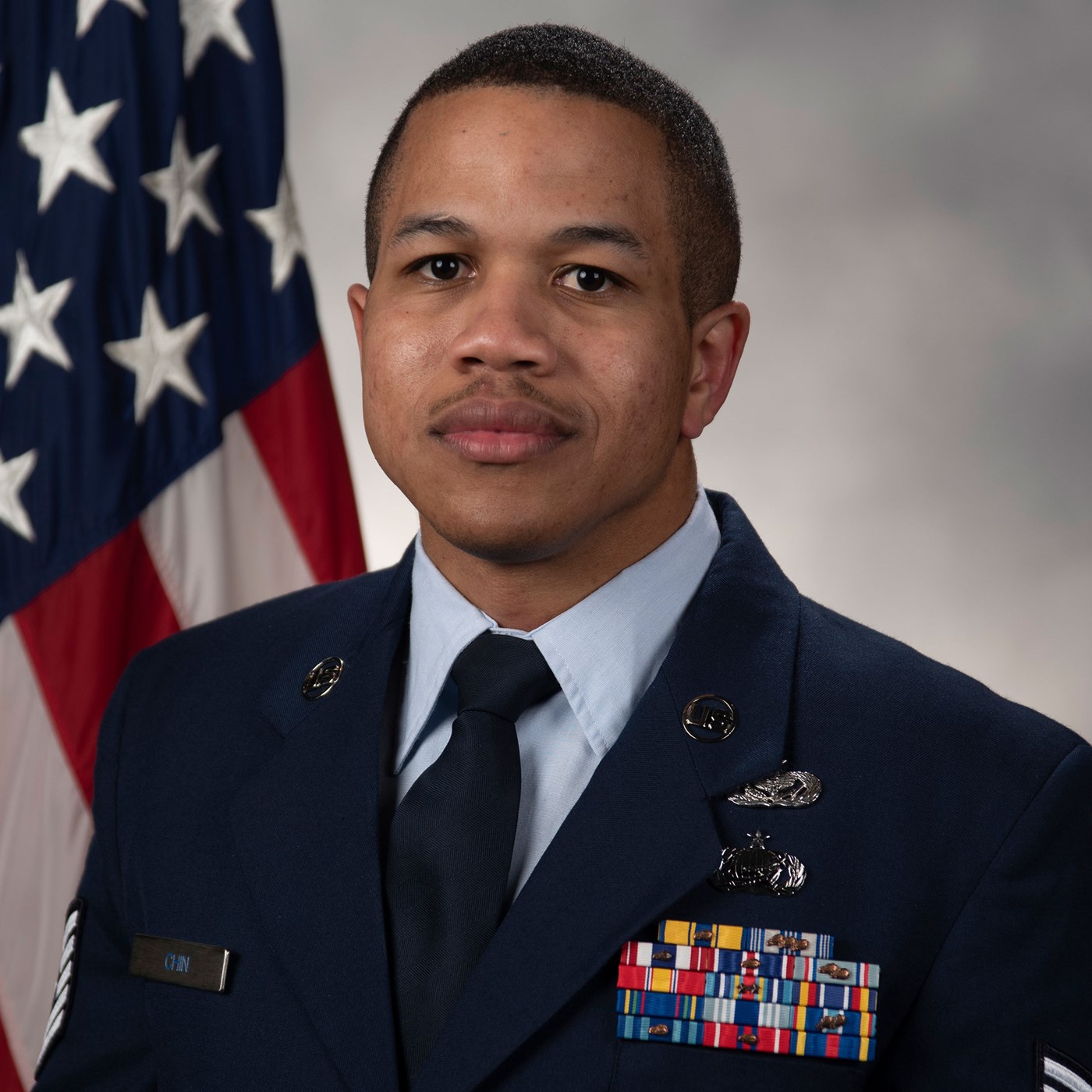 Sergeant Chin enlisted in the Air Force in August 2012. He completed basic training in October 2012 and graduated in December 2012 from Services Apprentice technical school at Fort Lee, Virginia. He has held numerous duties as a Services Craftsman in Missouri and Germany. In July 2019, Sergeant Chin successfully completed Technical Training for the Personnel Apprentice Course. In 2021, Sergeant Chin deployed to Al Udeid Air Base in support of Operation INHERENT RESOLVE, FREEDOM’S SENTINEL and SPARTAN SHIELD and has taken part in the Noncombatant Evacuation Operation supporting Operation ALLIES REFUGE. Prior to his current position, Sergeant Chin was the Noncommissioned Officer in Charge of Force Management at the 436 Force Support Squadron at Dover Air Base, Delaware.